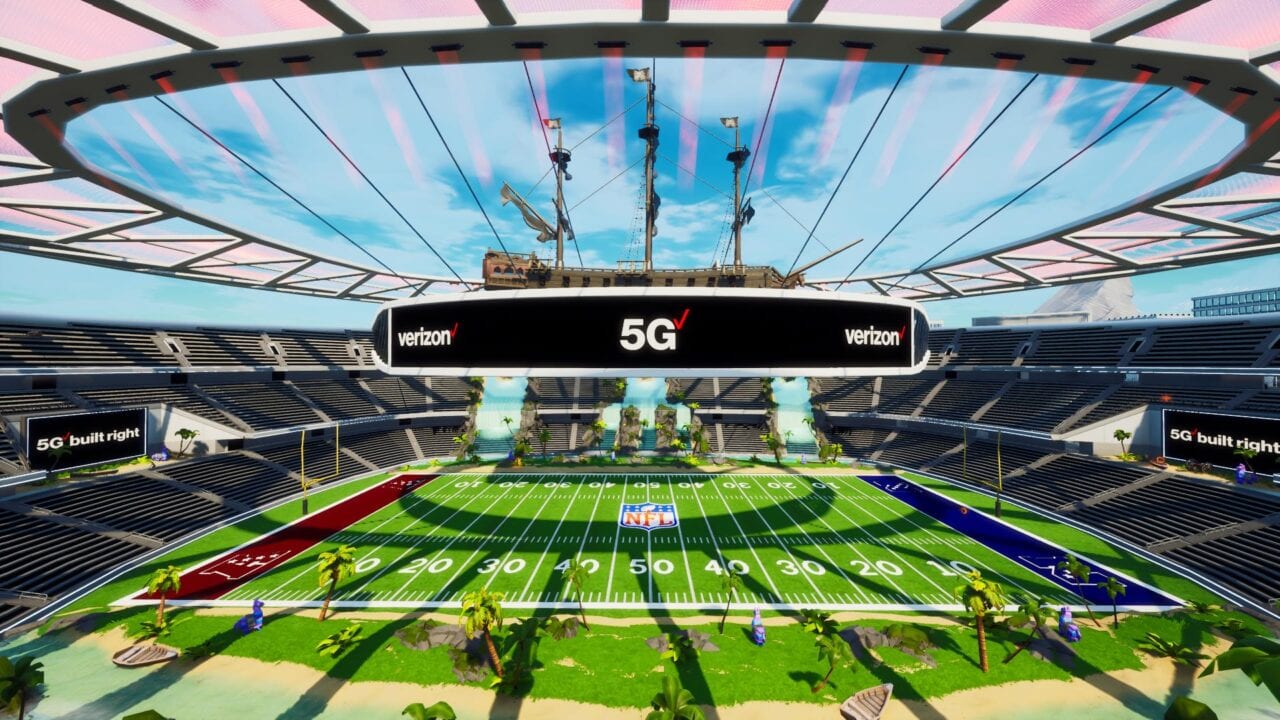 In a typical year (remember those?), the Super Bowl is an opportunity for brands to showcase their experiential marketing chops on the ground for enthusiastic sports fans. But thanks to the pandemic, only 25,000 attendees (plus another 30,000 cutouts to fill seats) were allowed on location in Tampa’s Raymond James Stadium for Super Bowl LV on Feb. 7. And safety precautions limited on-site interactions between brands and fans. But despite the limitations of this year’s milestone event, Verizon was intent on telling the story of its 5G capabilities—within the stadium, through app extensions and with an experience for the gaming community in the form of a virtual 5G stadium built in Fortnite Creative Mode.

Both leading up to the event and during it, fans were able to experience Verizon’s 5G technology through fan interactions in three ways: mobile viewing within the NFL app, a co-viewing experience in the Yahoo Sports mobile app and inside the virtual 5G stadium in Fortnite. Attendees in the real-world stadium in Tampa with an iPhone 12 could access seven different camera angles within the NFL app, with five angles available for fans at home. They could also project augmented reality overlays of the league’s Next Gen Stats, which provide real-time location data, speed and other information about specific players. If co-viewing with friends and family was the goal on game day, fans could access Verizon Media’s Watch Together experience through the Yahoo Sports app on their phones. 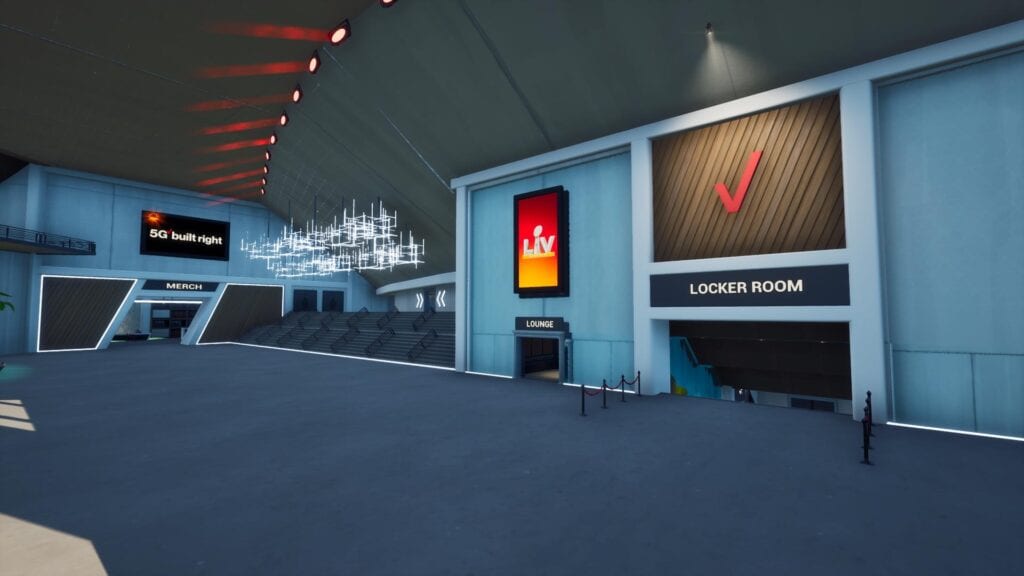 The virtual 5G stadium in Fortnite had real-world features, like a locker room and a merch store.

The virtual stadium was assigned a “Featured Hub” by Epic Games from Feb. 1 through Feb. 8, which meant that all gamers entering the mode were instantly dropped into the stadium environment. It included elements that you’d see in the real world, such as a merch store, locker rooms and suites, but it also featured iconic Fortnite design details, like waterfalls, palm trees and a floating pirate ship. Players were encouraged to post screenshots of their victories and scores on Twitter with the hashtag #5GBuiltRight. And for non-gamers, Verizon created two livestream events on Feb. 2 and Feb. 5, accessed through Twitch and Verizon’s Twitter feed, featuring NFL players and pro gamers going head to head within the Fortnite virtual stadium. Agencies: Momentum, New York City; Beyond Creative, St. Louis, MO; R/GA, New York City.