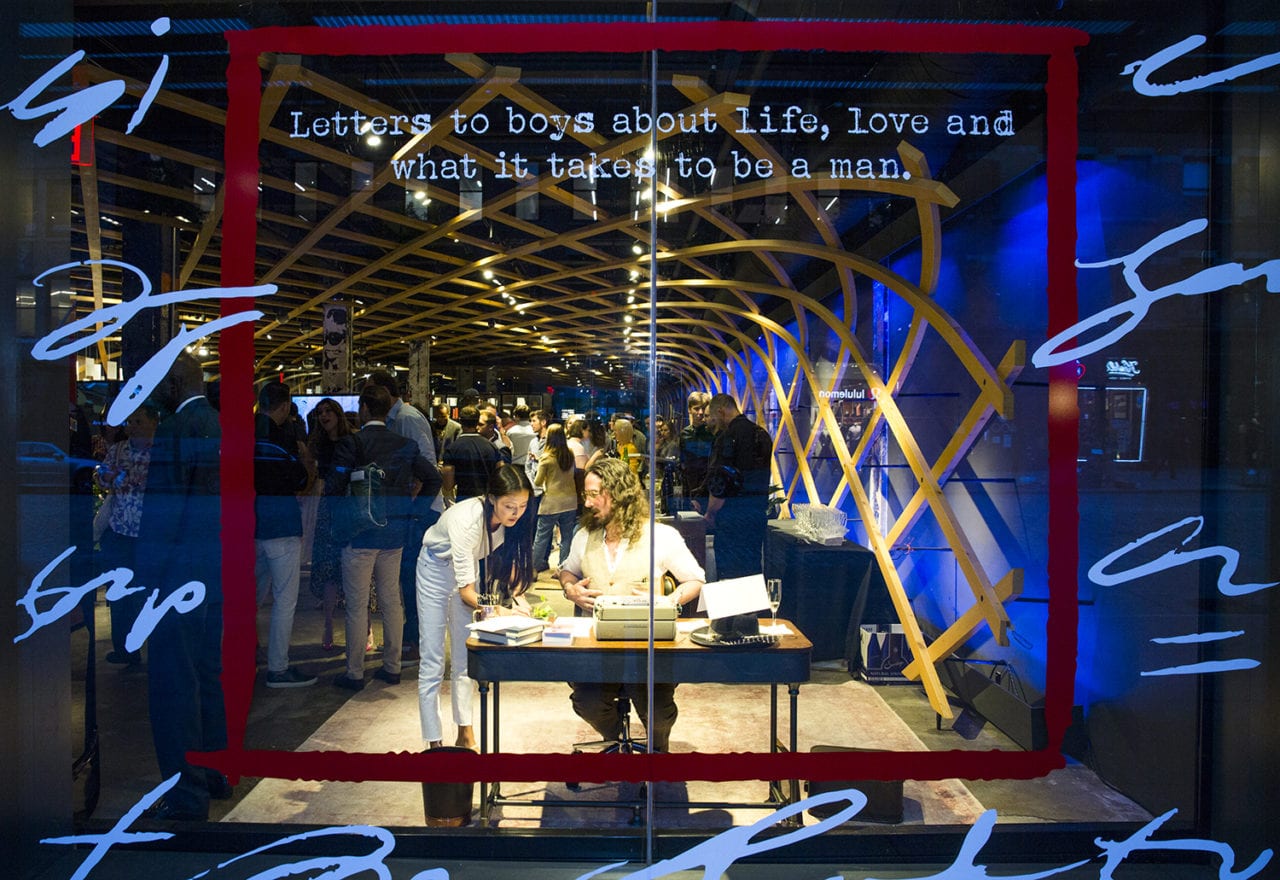 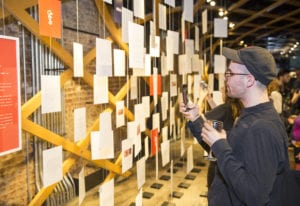 Breaking down gender constructs is no easy feat, but thanks to companies like Gillette and digital media brand Fatherly, progress is being made. The brands recently teamed up for a Father’s Day pop-up gallery experience in New York City where a panel of experts explored fatherhood and the rethinking of masculine “norms.” The experience, dubbed “Sincerely,” included the Letter Wall, among touchpoints, which displayed an array of notes written by prominent men to boys, each offering advice on subjects from self-worth to civic duty. The three-day activation ultimately served up drinks, apps—and a healthy dose of self-reflection.

Kicking things off was Fatherly ceo Mike Rothman, who sat down with Gillette ceo Gary Coombe to discuss gender stereotypes and the impetus behind the brand’s decision to alter its tagline from “The Best A Man Can Get” to “The Best A Man Can Be.” Coombe’s advice to today’s young men? “Don’t be afraid to fail.”

Attendees also heard from a panel of experts that spoke to the various aspects of fatherhood. Moderated by Fatherly editor-at-large, Joshua David Stein, the discussion featured “Daily Show” correspondent and comedian, Roy Wood Jr., former Giants linebacker Mark Herzlich, senior education policy advisor of the NYC Mayor’s Office Brandon Cardet-Hernandez, and psychologist and author of “How To Raise A Boy,” Dr. Michael Reichert. The panel also addressed self-reflection and how to reinforce oneself as a positive role model.

In addition to the discussions, attendees could check out the Listening Station, where voicemails from Fatherly readers across the country answered the question, “What would you tell a boy growing up today?” There were also “TV Mirrors” featuring special film that made the devices highly reflective, and brought messages from notable Letter Wall contributors to life through animation. The TV experience concluded by asking the viewer “Are you the best that you can be?” And, of course, the Letter Wall, which also featured illustrations by Peter Phobia, was a key touchpoint. The exhibit displayed open letters to young men from a wide range of personalities (Fatherly’s Letters to Boys content hub, created in partnership with Gillette, houses the letters seen at the pop-up). Participants included actors Terry Crews and Luis Guzmán, rapper Common, former Navy SEAL Brandon Webb, Competitive bodybuilder Oliver Lee Bateman, chef Edward Lee and other thought leaders from various sectors.

“The letters we gathered, from everyone from Common and Terry Crews to the children of Cesar Chavez and Garry Trudeau, are so incredibly moving that we literally wanted to blow them up, frame and parade them for the world to see, so that’s, in fact, what we did,” says Mike Rothman, ceo and co-founder at Fatherly. “Our Letters to Boys initiative with Gillette is about promoting conversation in the real world so we thought an experiential program was most appropriate for creating actual space for reflection and dialogue.” Agency: CRONY Creative, Brooklyn, NY.