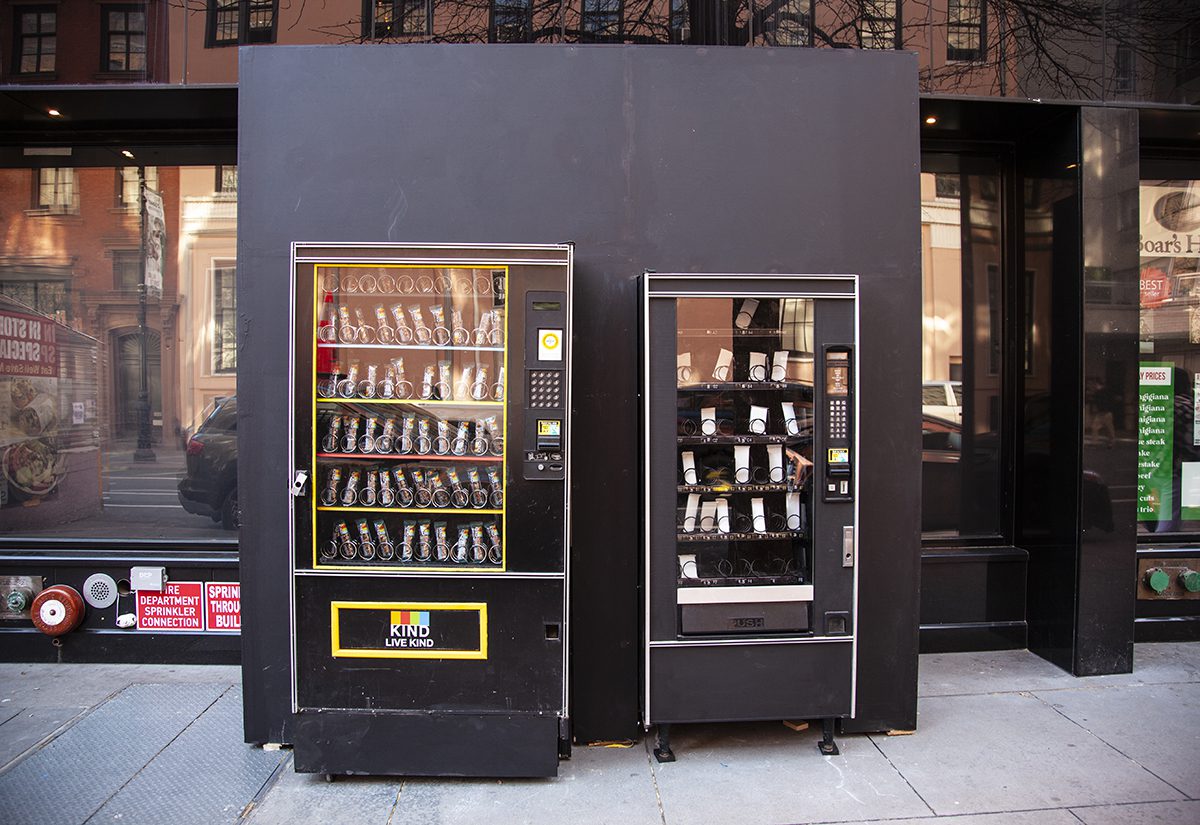 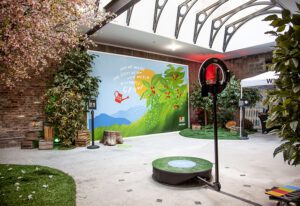 The market offered a range of shareable moments, including a 360-degree video activation.

It takes guts for a CPG brand to encourage consumers to eat less of its packaged products, but Kind Snacks took the plunge Feb. 23-24 with a Secret Farmers Market experience in New York City. The brand planted a faux vending machine in Greenwich Village, which opened up to reveal a spacious indoor market offering fresh, whole foods like nuts and produce—all for free. The activation was designed to drive awareness of Kind’s nutrition philosophy and to educate consumers on the importance of eating more nature-made foods than packaged snacks.

Kind anticipated hosting about 500 consumers over the two-day speakeasy-inspired experience, which began just outside its double vending machine installation. The machine on the right showed junk food options in white packaging (no brands were included). The machine on the left was filled with Kind’s best-selling health bar, Dark Chocolate Nuts & Sea Salt. The setup was designed to allow consumers who chose the Kind bar to push the round button on the vending machine where money is typically inserted, then be directed to open a lever leading to the Secret Farmers Market.

That was the plan, anyway. When Kind hosted its Sweeteners Uncovered pop-up in New York in 2019, about 500 people came through, so the brand planned for a crowd of roughly the same size. But utilizing TikTok this time around created a very different scenario. Kind worked with influencers to promote the farmers market on the platform (and Instagram) a few days before it launched—and word spread like wildfire. The brand credits the viral nature of TikTok with an explosion in attendance that ultimately saw more than 8,000 people pass through the market.

As Bridgit Kasperski, integrated communications manager at Kind, puts it, “It was a great problem to have, but there was a lot of quick pivoting.” Even before the pop-up opened, a line had formed outside the vending machine, meaning the speakeasy vibe was a no-go. Instead, security helped manage the queue and opened the door for visitors, who had to show proof of Covid vaccination before entering. Staffers also rushed out to buy more produce and streamlined the experience to ensure consumers were only taking two to three items each.

The not-so-secret farmers market was designed to be shareable. Consumers were invited to capture content for social as they explored the large footprint. Highlights included a mural, a six-foot-tall almond tree, curated photo moments and a 360-degree video activation. Visitors were also given clear totes to stash their complimentary food items, and the bags could be customized with their name on-site. The touchpoint proved to be a big hit among consumers, and paid homage to Kind’s transparent packaging.

All told, Kind ended up giving away more than 30,000 pieces of fruit and vegetables, and earned plenty of buzz on social and traditional media platforms.

“We wanted people to learn about whole foods and truly experience them,” says Kasperski. “Grocery stores like Whole Foods are typically pretty expensive and we wanted people to come enjoy this for free and remind themselves how tasty these foods are. So it was really important for us to keep it free and keep it accessible.” Agency: Tenure.

Take a Spin Through the Farmers Market: