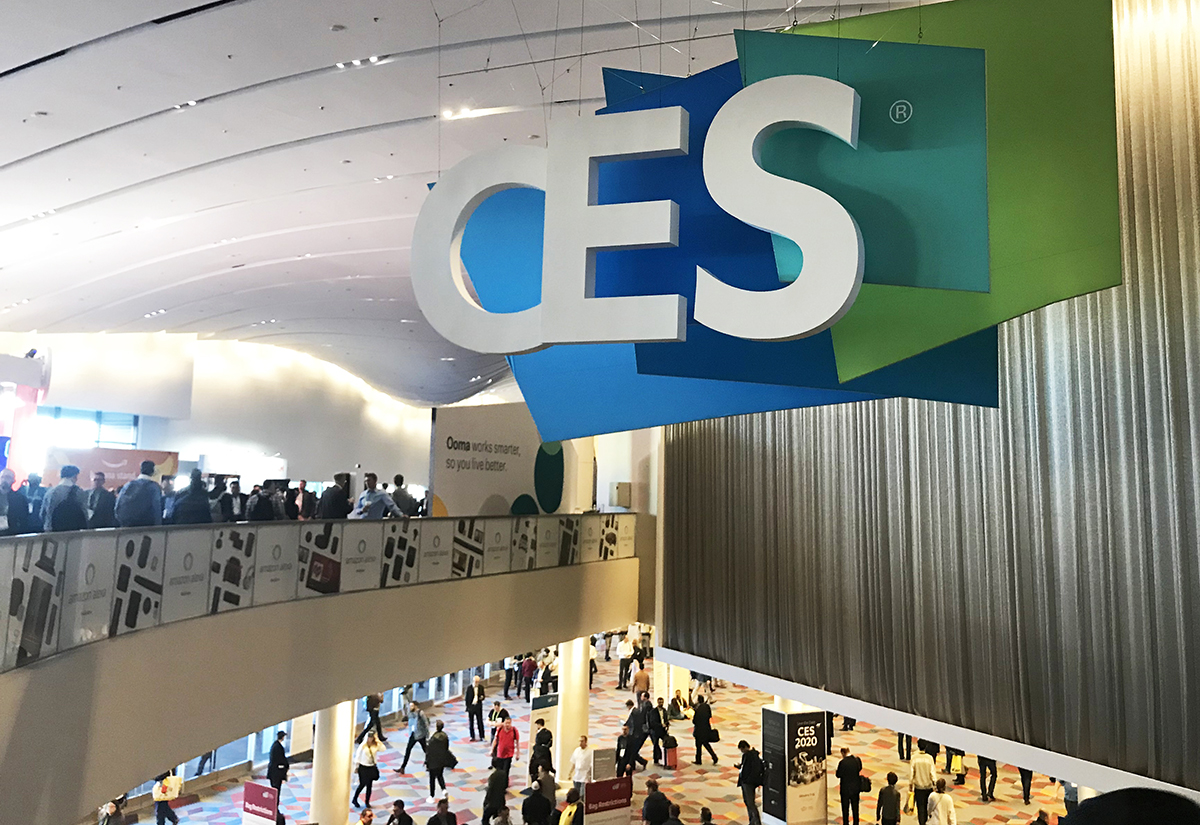 As the first major show of the year, CES serves as a barometer for the experiential marketing industry, offering clues on the kinds of budgets, builds, technologies and design styles marketers can expect to see across events over the year. While foldable phones, rolling television screens and futuristic transportation modes made national headlines, the spheres, colors and consumer-style activations—including Google’s “The Ride,” which scored mega buzz—were among the experiential trends that caught our attention. Here’s what we noted on the ground in Las Vegas. 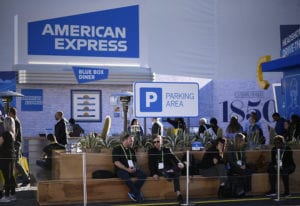 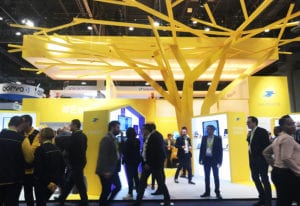 After several years that were heavy on sleek blacks and stark whites, brands this year embraced color in their booths. One of the most striking applications of color came from French postal service company La Poste, which took the yellow in its logo and ran with it, erecting a monochromatic, double-decker yellow booth with a three-story yellow tree structure looming overhead (Agency: Havas). Audi’s design sparkled with hanging LED “blades” that rotated through neon colors and popped against the glossy white flooring (Design: BathkeGeisel Architects, Munich, Germany; Mutabor Design GmbH, Hamburg, Germany).

Brands continue to look for ways to create moments of escape from the show floor by building pods and micro booths inside their exhibits for demos. Hyundai may have unveiled at CES its prototype for a car with legs that can walk and climb, but its booth was devoid of vehicles—instead, offering a futuristic footprint that included spherical pods in which consumers demoed Hyundai innovations and technologies (Agency: Atelier Brückner). Sony’s booth featured nearly a dozen demo pods surrounding its sound innovations (Agency: In-house). P&G’s LifeLab booth contained five separate pods joined together, each offering an immersive demo of a P&G brand and product innovation (Agency: 2×4; Build: Atomic). Intel’s tower-like pods anchored several corners of its footprint offering demos, and in the center—a mini “forest” attendees could climb through to experience the technology behind its AI trail camera technology designed to detect poachers and alert rangers (Design & Build: The Taylor Group). 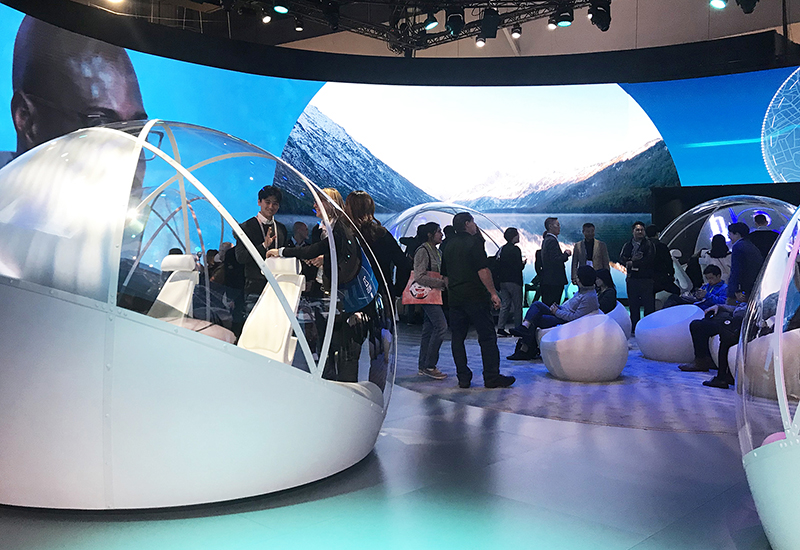 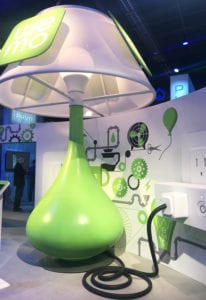 Big things—gigantic things—caught our attention across the show floor. Like John Deere’s state-of-the-art harvester that served as an impressive photo op and also tied into the brand’s story about AI and drive technologies in its vehicles (Build: MC²). Yacht brand Adonis parked a luxury ship on the show floor (reportedly, the first appearance by a yacht at CES), and there was a constant line of attendees waiting to climb aboard. Bell parked the latest iteration of its Nexus VTOL helicopter on the show floor with its stunning eight-foot circular fans.

The “industrial cool” design style, consisting of woods, metals and wire, has been a popular motif in experience design for several years, but Sony stripped it down further. The entrance to its booth featured a Sony logo made of a black metal mesh material outlined in LED that stood on a bed of untreated plywood. Inside the footprint: Metal stacks and grey shipping containers that looked like factory district storefronts. Ford’s park-like setting for its booth, complete with greenery and string lights, was flanked by entryways made of three stacked blue shipping containers (Agency: Imagination). 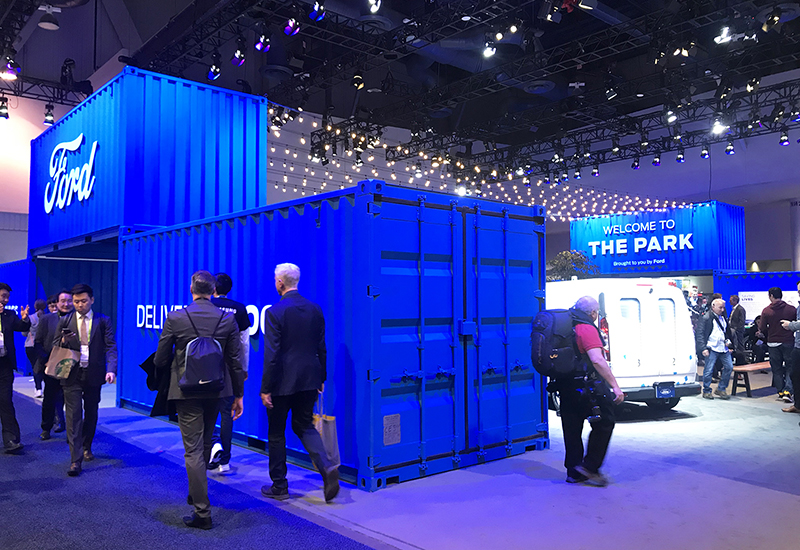 PHOTO TOUR: MORE TRENDS TO KEEP AN EYE ON