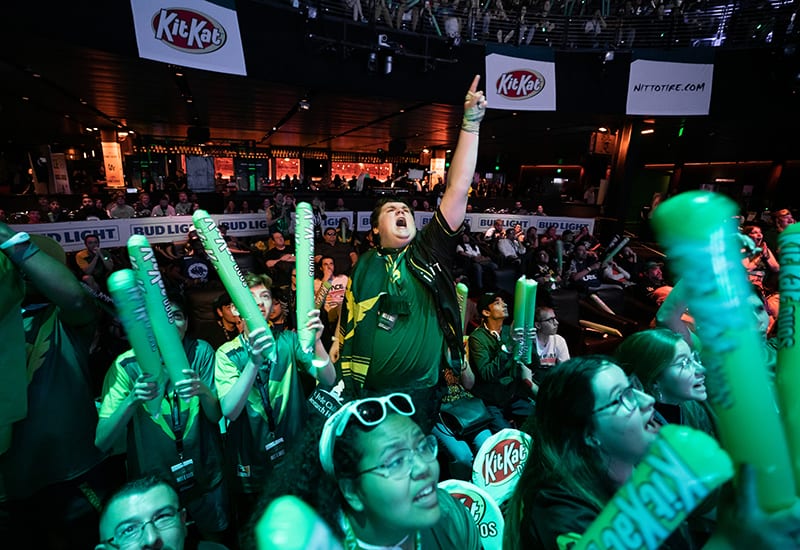 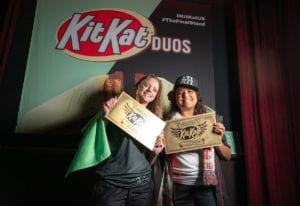 For a CPG brand like Hershey, whose target market is essentially everyone over the age of 12 in the United States, it’s important to keep tabs on where younger generations are consuming their media. So, in an effort to connect with those audiences, the company turned to Twitch and its 15 million daily active users, 55 percent of whom are ages 18-34.

The partnerships are numerous. Take the Hershey brand, which works with streamers DrLupo and his wife, MrsDrLupo. For Reese’s, streamer TimTheTatman was the right fit. And then there’s Kit Kat, now the official candy bar of Overwatch League team LA Valiant and sponsor of the league’s first Rivalry Weekend, which took place Aug. 24-25.

But the journey required some research, listening and experimentation along the way. We spoke with Charlie Chappell, The Hershey Company’s head of media, about what CPG brands should know about activating for esports audiences. (Don’t miss his session on this topic at Esports Business Summit, Sept. 10-12.)

Event Marketer: How is The Hershey Company playing in this space? 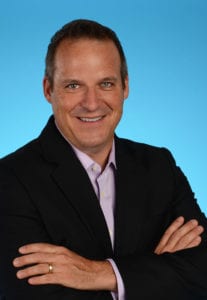 Charlie Chappell, head of media at The Hershey Company

Charlie Chappell: It started off as just a basic media play, and the main partner who you play with if you’re just buying media in the space is Twitch. But as we began to understand the space more, we quickly figured out that you can go deeper than just running a media buy. It’s a rapidly evolving, broad ecosystem with a number of ways in. First, we started talking to a lot of different players in the space. We talked to teams. We talked to leagues, big to small. We talked to individual streamers to figure out where we wanted to play. We looked at events. We started going down to that path to, “OK, what do we want to try?” And see what works. And then if it does, keep doing more of it. And if it doesn’t, then say, “OK, let’s figure out why not and pivot as this entire space evolves.”

EM: So, brands should not be afraid to experiment?

CC: I think that if you’re a brand that needs to reach the consumers who are in the space, you don’t have a choice. You have to get in and start to learn, and the space is evolving so quickly that it is naturally one of constant experimentation. So, what works this year might not work exactly the same way the next year because the space evolves that quickly.

EM: What are some of the partnerships that you have now across the space?

CC: We still have a partnership with Twitch, and we continue to do that. We decided to partner with some of the streamers who weren’t necessarily involved with specific teams or specific games. For our Hershey brand we partner with DrLupo and his wife, MrsDrLupo. That was a great connection because the Hershey brand is all about heartwarming work moving the world and making connections. That’s what the brand talks about as its higher-level purpose. We found that in esports and gaming there are actually a lot of connections that are made, and we thought DrLupo was a great match for that because of his story. He was discovered playing with Ninja. So, he’s out there partnering and bringing up other streamers and making those connections. His wife is active on the platform, as well, in her own way.

For Reese’s, we went with TimTheTatman, which is another great partnership. The Reese’s advertising campaign right now is called “Not Sorry,” and one of the cool things we did this summer is we had these limited-edition items called Reese’s Lovers. Some people love Reese’s for the peanut butter, some love it for the chocolate. So, we made two different products. One was more peanut butter that was for the peanut butter lovers, and one was more chocolate, for the chocolate lovers. With Twitch, you can play in duos. So, we’d pair Tim with somebody else, and we’d have a Team Peanut Butter playing against a Team Chocolate. Within the platform, the conversation naturally went to peanut butter versus chocolate. It was a natural way to bring the brands in that fit within the platform, but it wasn’t something that we were trying to force in there.

EM: Brands can enter this space in a variety of different ways. What are the advantages of partnering specifically with streamers?

CC: With the streamers, we were looking for someone with some broader appeal that wasn’t necessarily tied to one specific game title. There are streamers people watch for their skills as much as they do for entertainment. That’s what brings people in and keeps them watching. But there’s a lot of great things that you can get by partnering with a team. We’re going to be activating with the LA Valiant at the Overwatch League Rivals Weekend [Aug. 24-25]. In that case, it isn’t about being on their jersey, it is about using that big event to announce a new product called Kit Kat Duos, which isn’t available yet. Just as games announce new things coming out or enhancements, we’re looking at using this space to announce to this community our new products that are coming out, and sometimes make them available exclusively to this community before they’re available to the general public. We build a little buzz about the product before it even comes out.

EM: How else are you activating besides launching a new product?

CC: People who participate can try the new products, see them, learn about them. But then at the live event, we’re going to be activating a fan zone in the front of the stadium. The whole concept of Rivals Weekend is that two teams play at the stadium. One side will be for one team and one for the other, and in the front two rows, we’re bringing forward some of those teams’ most fervent fans. We’re branding it with Kit Kat, and the whole idea of “duos” fits within that.

EM: Are there any areas in esports that you feel brands should keep an eye on?

CC: I think the most important thing for brands to watch is the evolution of this space. It’s growing very quickly. There are certain things that happen in the space that get picked up by popular culture and every time that happens you see a hockey stick in growth and awareness and participation. And participation can be playing the game or just watching other people play. It’s evolving rapidly and it could get to the point where you’d be missing a big segment of your audience if you’re not participating.