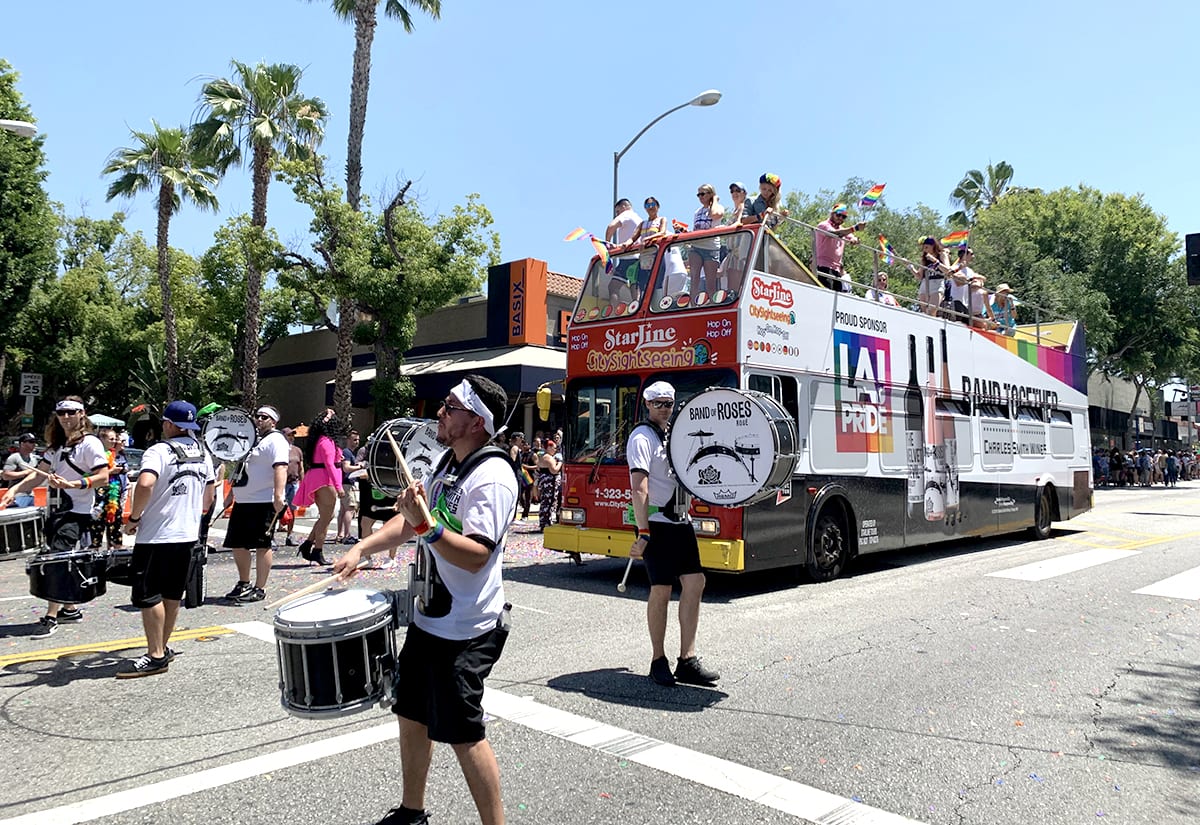 This year’s L.A. Pride Parade featured plenty of big-name sponsors, but few matched the multi-faceted campaign delivered by Washington-based Charles Smith Wines. The brand went far beyond banners and logos, unleashing a double-decker bus that doubled as a parade float, photo ops, giveaways and surprise performances, all geared towards celebrating and advocating for the LGBTQ community and its supporters.

Two weeks before L.A. Pride, Charles Smith unveiled a double-decker bus that served as a mobile ad, rolling around the streets of Los Angeles wrapped in a custom design featuring the brand’s “Band Together” pride messaging and spreading the word about its Pride partnership. During the parade itself, the bus doubled as Charles Smith’s activation footprint and official parade float. Onboard participants included Charles Smith Wines employees, distributor partners from Southern Glazer’s Wine & Spirits and friends and family of the Charles Smith team.

On-site, in addition to the parade “float,” the brand enlisted a six-piece drumline accompanied by dancing brand ambassadors, who pumped up the crowd and handed out branded giveaways. There were also drag performers dressed in costumes inspired by different varietals from the Charles Smith Wines portfolio, including the Velvet Devil Merlot, Band of Roses rosé and Eve Chardonnay. To give the engagement an extra boost, the brand also partnered with Kimora Blac from “RuPaul’s Drag Race,” who made an appearance.

“It was cool to see [drag performers] decked out in the outfits that were inspired by the wines we sell because it really brought our wine brands to life,” says Rene Ramos, vp-field marketing/lifestyle & experiential marketing at Charles Smith Wines. “That makes it different. People get that unique messaging that Charles Smith Wines has a portfolio with a bunch of different varieties for whatever taste you have.”

Other components of Charles Smith’s Pride campaign included a sponsorship of one of the L.A. Pride stages; partnerships with local bars, restaurants, supermarkets and convenience stores; a mirror-themed GIF experience that attendees could immediately share on social; OOH displays; plenty of free samples to sip, and a silent disco experience.

“It was a consistent message, engaging with the consumer not just at the parade, but truly surrounding them with this in the weeks leading up to the event,” says Ramos. “That’s really what ultimately led to the success and the excitement that we had about this, especially internally, because we truly delivered on the total initiative… We were hitting them at every single touchpoint with a consistent message.” Agency: SoHo Experiential, New York City.