Inside Pivot MIA: Vox Media Turns its Podcast Into a Futuristic Conference 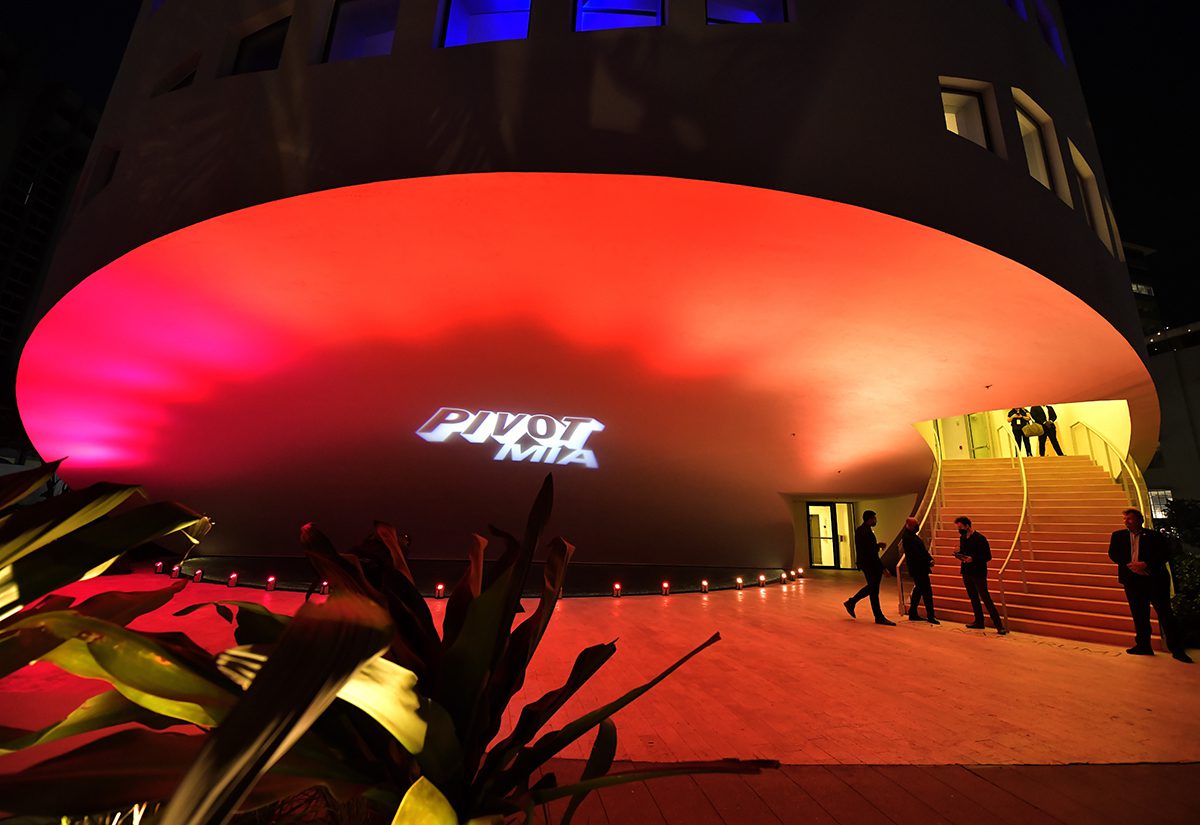 Pivot MIA: How Vox Media Turned its Podcast Into a Futuristic Tech Conference in Miami 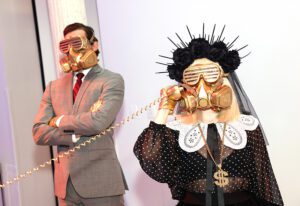 Sponsor activations included performers who depicted the past and future of the workplace.

Life-sized 4K holograms are on display. NFT “digital employees” are up for grabs. Long, rectangular dinner tables set the dystopian tone. Welcome to the “museum of the future.”

In actuality, it was a forward-thinking dinner, gallery and performance experience activated by Hygienic Dress League (HDL) during Vox Media’s inaugural Pivot MIA conference, an event based on its “Pivot” podcast that addressed the intersection of technology with nearly all aspects of life. From Feb. 14-16 at the Faena Hotel Miami Beach, a luxury property and cultural destination, the podcast’s own Kara Swisher and Scott Galloway hosted on-stage discussions with the likes of Brian Chesky, ceo and co-founder of Airbnb; Sandeep Mathrani, ceo of WeWork; and Meredith Kopit Levien, ceo of the New York Times. But the off-stage experiential touchpoints were designed to be just as engaging as the A-list speaker roster.

The custom-designed museum of the future activation, which immersed attendees in a commentary on the future of the workplace, was dreamed up by HDL, an art collective that filed with the SEC this year to offer NFT digital employees as an original art form. The experience began with an interactive dinner. Seated at narrow tables at the center of the venue, attendees were surrounded by performers who depicted what “work” looked like in the past, and handed them witty notes “from the future” that also contained a QR code leading to a special HDL NFT offer. Attendees additionally enjoyed a gallery of holograms and explorable objects that represented “artifacts from the future,” inventive cuisine and projection mapping on the dome of the building featuring blue sky and gradient imagery.

“When we do a first-time event like Pivot MIA, we are looking at ways that we’ve been able to create a superfan audience,” says Tara Reilly, vp-experiential at Vox Media. “We’re looking at ways that we can use this moment to bring them back, whether it’s next year or for other events that we do. But then we also want to make sure that while they’re in the room, we’re giving them something to think about… For us, experiences are all about sparking conversation and being able to give our attendees substantive and thought-provoking content to digest, but also to actively participate in the experience and ignite conversation, content and even products that will have a longer-lasting impact.”

Pivot MIA’s futuristic vibes didn’t stop with the HDL activation. Event partner PORTL literally brought a new dimension to the event through the use of its hologram technology. This included a welcome from the holographic forms of Swisher and Galloway. But for attendees, the highlight was an opportunity to get in on the action themselves—they could record and stream their own 4K, life-sized holograms and share them. 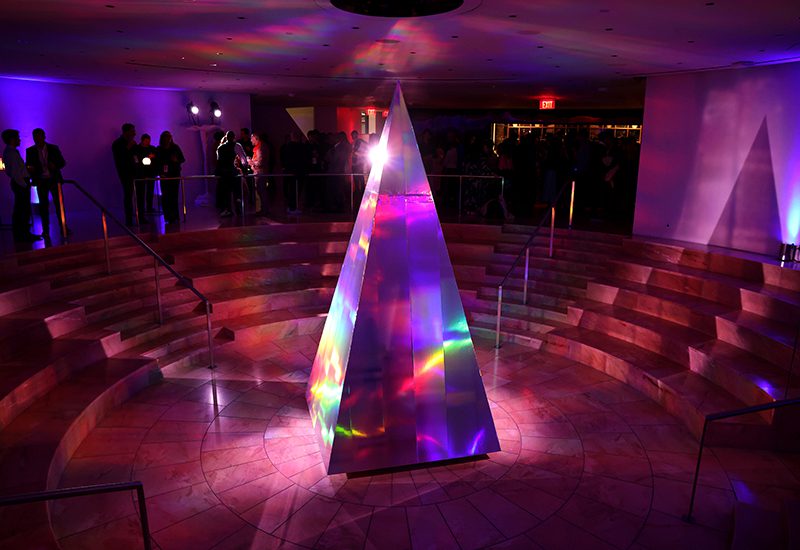 Holograms, a rare NFT offer and a gallery of objects from the future were part of the tech-forward event.

And then there was the post-dinner after-party. Once again, Vox Media, with help from after-party sponsor Salesforce, bucked norms. Evoking Miami’s vibrant nightlife scene, the brands treated attendees to a free-flowing, choose-your-own-adventure-style, party-hopping experience where they could wander in and out of multisensory activations as they pleased. From mixology and a customized burlesque show, to ethereal desserts and other “late-night indulgences,” there was a little something for everyone.

“One of the primary aspects we focused on in the development of this event was the intersection of tech and everything in our lives from work to travel to culture, finance and even medicine,” Reilly says. “Both on- and off-stage we wanted to ensure that we highlighted technology that is relevant to our audience in terms of productivity and ease of everyday life—think: supersonic travel—but also with big swings like holograms where we are able to come as close as possible to a tangible representation of our real lives and bodies. We also leveraged partners to help further that story with a bit of humor as well as a reflection on our current lives to begin to imagine what may be in the future.” Agency: Liberty & Co.