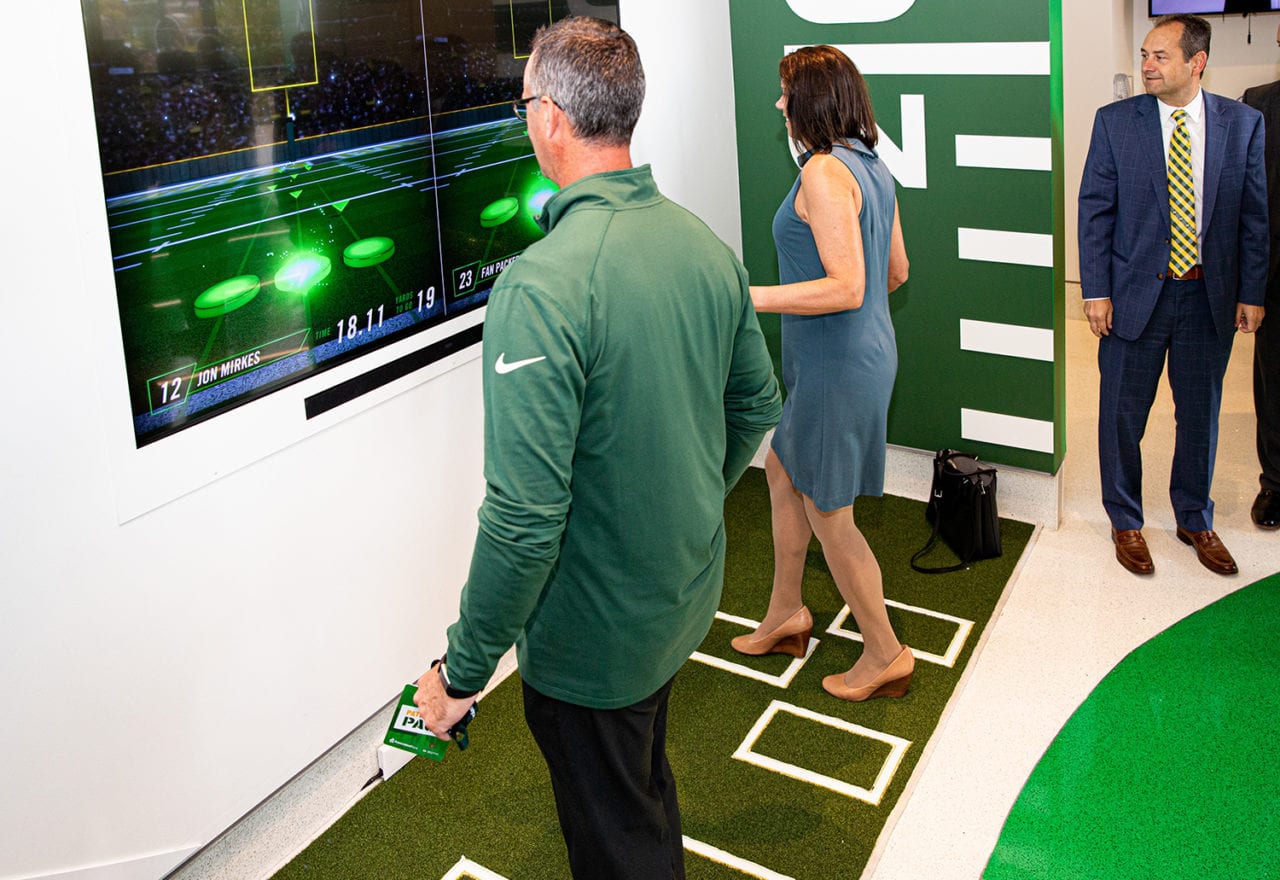 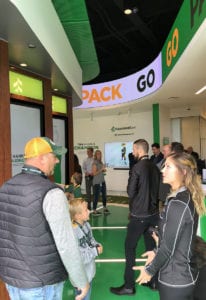 Path to the Pack was designed to foster more meaningful conversations with consumers.

The Green Bay Packers and Wisconsin-based Associated Bank go way back—a century, in fact. Serving as the team’s official bank since 1919, the brand has found clever ways to connect with fans and boost its brand over the years, like selling Packers tickets out if its teller windows. Now, the historic partnership has reached a new phase with the September unveiling of the “Path to the Pack,” four interactive football experiences built into Associated Bank’s Titletown branch—right across the street from Lambeau Field, home of the Packers. The idea? “To bring experience back into banking.”

The Titletown branch was already designed with the customer experience—and Packers fan—in mind. About two-third of the space is experiential in nature (a replica suite from Lambeau Field where Associated Bank engages business partners can be found on-site) while the other third of it is leveraged as a traditional, full-service bank. With the addition of the Path to the Pack, the branch now offers a permanent, tech-fueled fan activation.

“We took a step back and we thought about what’s going on in the banking industry and what you’ll find is that banking is becoming increasingly transactional and commoditized,” says Christopher Piotrowski, cmo at Associated Bank. “A lot of the large national and global banks are pushing individuals completely in the digital space and they’re really lacking that relationship with customers. Many individuals believe that they’re being treated like a number by financial institutions. So we saw this as a really large opportunity as a company, and also considering our partnership with the Green Bay Packers, to bring experience back into banking.”

The Path to the Pack journey begins at registration, where consumers enter their name, email, favorite sports number, autograph and whether or not they’re an Associated Bank customer. That information is pre-programed into an RFID card, which is used to launch each of the interactives: Suit Up, Championship Ring Designer, Train Like a Champion and Go Green and Cold.

The first stop, Suit Up, allows cheeseheads to choose a home, away or vintage Packers jersey on a large screen, along with their football position of choice. Facial recognition technology then scans the fan’s face and superimposes their image onto the selected uniform, which bears their name and favorite number. The final result is an avatar that is used in the remaining interactive experiences. At the second station, Championship Ring Designer, a screen lets fans choose from a variety of metals and gems that will be incorporated into a personalized ring. Their selections are integrated into the design of the digital band, which also features their favorite number. The participant then holds their hand up to the screen, where augmented reality overlays the ring onto their finger and snaps a photo.

Next, at the Train Like a Champion experience, participants are presented with their freshly-made avatar and tasked with completing a punt return, with the option to either beat the clock or compete against a friend. The task is completed by matching an on-screen running sequence with pressure-sensing pads embedded into the floor of the bank. Then it’s over to Go Green and Cold, which commemorates the legendary December 1967 Ice Bowl during which the Packers defeated the Cowboys in -13-degree temperatures. The interactive features a screen that overlays the participant’s face onto an image of fans hanging out in the stands during the historic game, resulting in a vintage-style black and white photo.

When fans have completed the four interactives, they’re invited over to a human-sized screen where all of the experiences can be viewed together. The aggregated content is then emailed to participants, (along with messaging on Associated Bank’s benefits, like a special Packers checking account option) who are encouraged to “launch their legacy” by sharing the experiences on social media.

“If I was to approach you and have a chat about a checking account, that’s probably not the most thrilling conversation,” says Piotrowski. “But if I ask if you want to have a chat about the football season and how the Packers are doing, that’s a really meaningful way for us to start the conversation. It allows us to begin a dialogue about the differentiated benefits that we’re able to provide… It’s a big opportunity in terms of differentiating who we are and putting experience and those relationships front and center.” Agency: GMR Marketing, New Berlin, WI. 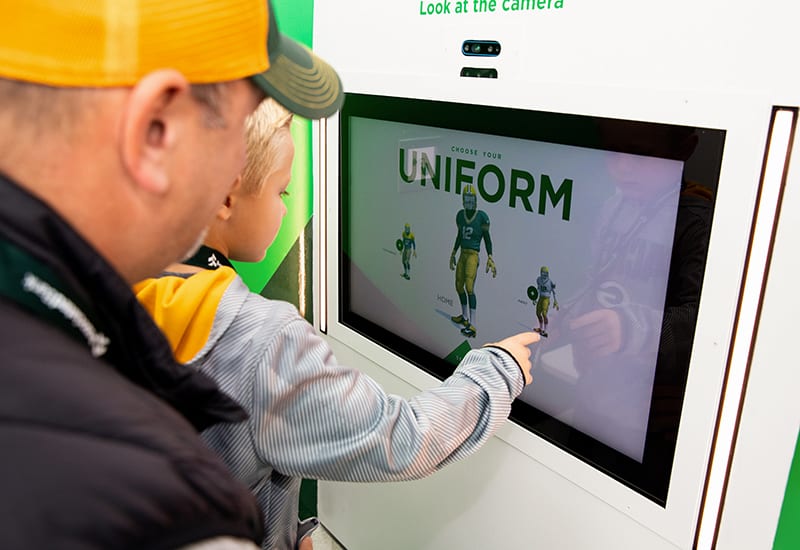 The Suit Up interactive allowed Packers fans to create their own avatar.