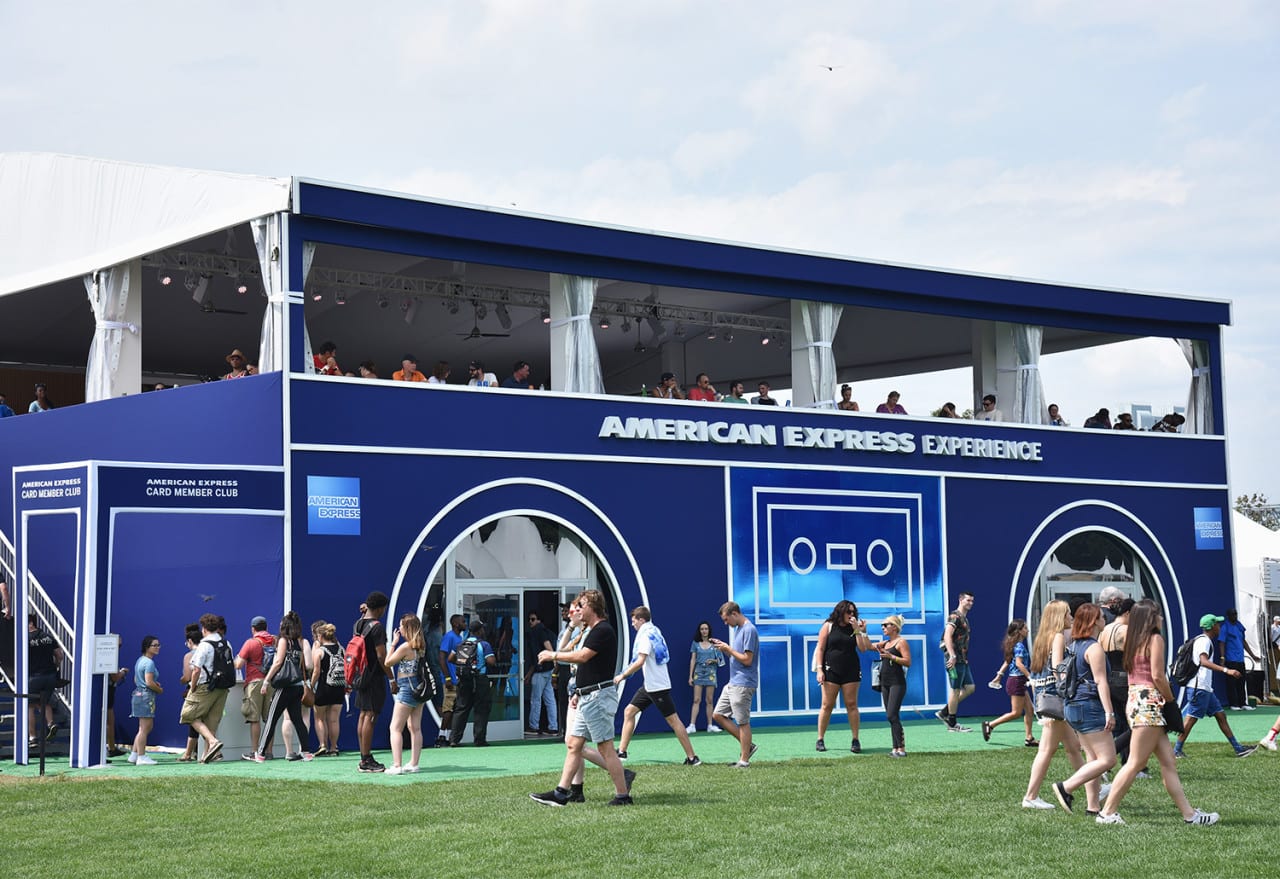 Delivering one of its largest music-based experiences to date, American Express rocked the Panorama Music Festival for a second year with a two-story hospitality tent, a flock of lifestyle influencers and a retro vibe. The brand served as a primary sponsor of the two-year-old festival, held this year July 28-30 at Randall’s Island Park in New York City, offering distinct experiences for both cardmembers and general attendees.

Deviating from last year’s high-tech motif, the 2017 American Express Experience offered old school ambiance anchored by The Parlor, a two-level structure designed to look like a giant boombox. The first floor, open to both cardmembers and general attendees, offered water refill and device charging stations, along with a “wonderland of Instagrammable moments” that paid homage to New York City, one of the brand’s most critical cardmember markets. Engagements included a Brooklyn Bridge swing set installation, a replica subway car that offered a nightclub vibe, an artful display of hanging silver microphones and a handful of other New York-themed photo ops.

The Parlor’s second floor lounge, which offered prime views of the festival’s main stage, was reserved for cardmembers. Decked out with comfy couches featuring musician-themed pillows (including festival headliner Frank Ocean), the space offered guests a place to recharge, grab food and drinks, catch performances and freshen up at the Milk Makeup Bar cooling station. In addition to the hospitality benefits, cardmembers who logged into the Panorama mobile app could unlock a spend $10, get $10 offer, and earn VIP upgrades, tickets to next year’s festival and other perks.

To boost social engagement around the activation, American Express also enlisted a group of lifestyle bloggers, including Arielle Vandenberg, Scotty Sire and Casey McPerry, to hang out at The Parlor, snap photos with fans and document their experience using #amexambassador.

“If you think about it, American Express is more of a service than a product,” says Walter Frye, vp-sponsorships and branded entertainment at American Express. “The activations that we’ve done and the experiences that we’ve brought to our cardmembers are one of the reasons that they think of our card as more than a piece of plastic. It’s one of the reasons they have an emotional connection to our brand. So, with everything that we do, our focus is really around deepening that emotional connection by being a hero to them in that day and in that moment, and by bringing their experiences to life in a bigger and better way.” Agency: Momentum Worldwide, New York City.

Step inside the American Express Experience at Panorama 2017: