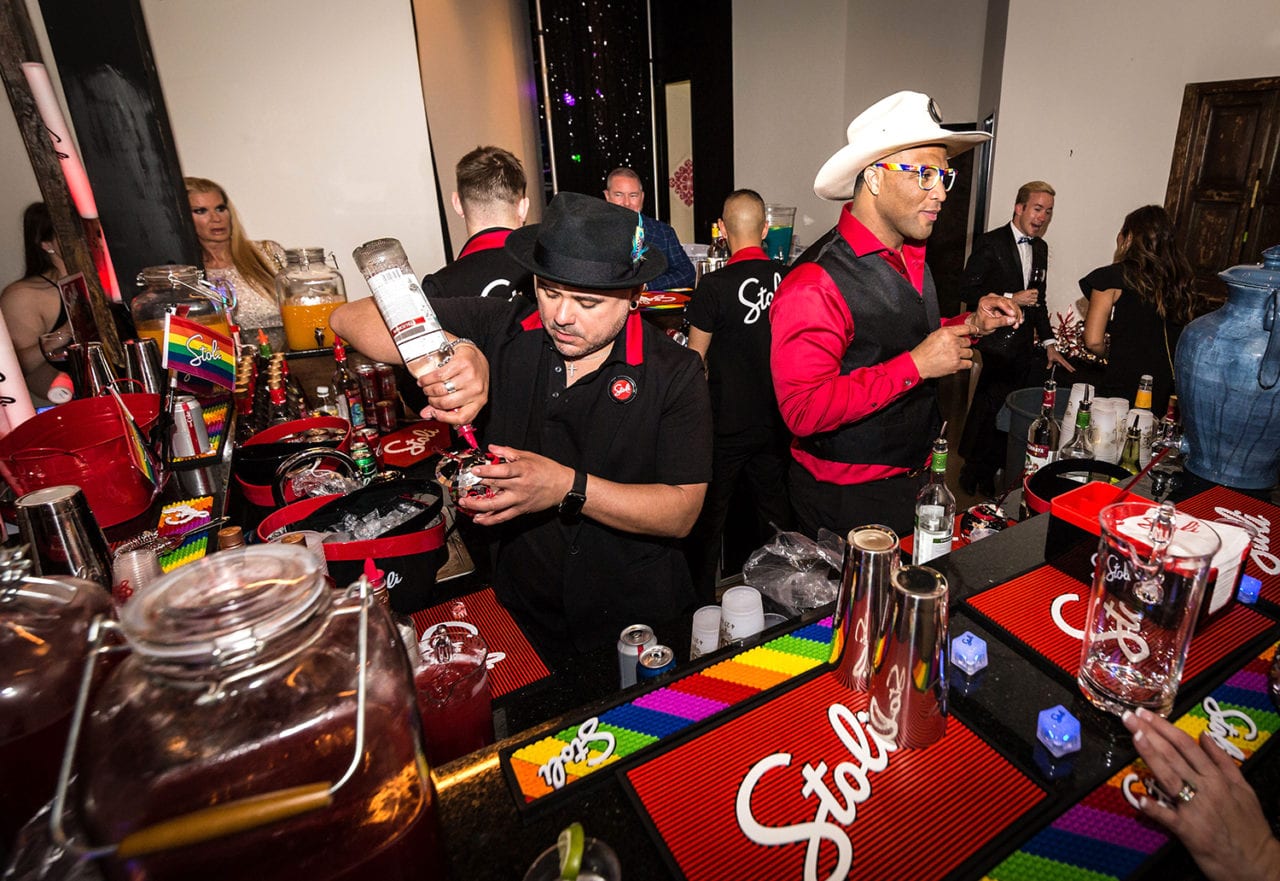 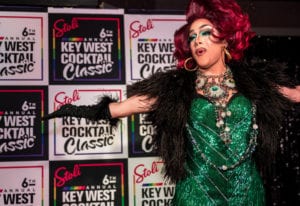 What began as a man with “a bar and a dream” has evolved into an annual, nationwide event series celebrating the legacy of LGBTQ bartenders and gay bars as safe spaces and social centers for the LGBTQ community. Indeed, the Stoli Key West Cocktail Classic bartending competition was dreamed up by Stoli’s national LGBT ambassador, Patrik Gallineaux, six years ago and in 2019 grew to entail 14 cities in the U.S. and Canada, sampling engagements, entertainment, competitions, celebrity appearances, a significant charitable component and a whole lot of positive vibes. This year’s theme? “Visibility: Making it Loud and Clear.”

The logistical planning around the Cocktail Classic is literally a year-round job. This year’s competition kicked off over the winter in Dallas. The event was filmed and will appear on the upcoming season of “The Real Housewives of Dallas” (a star of the show, LeeAnne Locken, often serves as a Cocktail Classic co-host). The contest was followed by one to two competitions per week in various cities before culminating in the Pride Week Finale celebration in Key West, FL, from June 4–10. And these aren’t your garden variety cocktail presentations, but rather scripted, “extremely organized proscenium stage experiences,” according to Gallineaux.

Stoli fans were invited to attend the free public events and leverage this year’s new text-to-vote option to support their favorite bartenders on-site. From an engagement perspective, the competitions served up a variety of touchpoints. The first 100 people who RSVP’d and checked into an event, for example, were given a Stoli drink ticket and a wristband with a voting tab and immediately guided to a sampling table where each of the competing bartenders’ cocktails was on hand for a blind tasting experience. A list of the ingredients in each beverage was also on display for participants to check out. From there, they cast the very first votes of the evening by placing their voting tab in a numbered box that represented the bartender who created their favorite cocktail. The brand would then pump up the crowd, often with a confetti cannon included, and the competition got underway. Following the competition, samples, t-shirt giveaways and trivia were offered.

The contests themselves were spectacles in their own right, with a variety of co-hosts and a panel of celebrity judges taking the stage in addition to bartenders. As far as scoring the competition goes, 50 percent was based on the competitors’ hand-crafted cocktails. The other half was based on the bartenders’ ability to artistically showcase this year’s theme, “Visibility: Making it Loud and Clear.” Accordingly, each bartender incorporated an element of their presentation to represent a person, place, film, song or movement that shined a spotlight on something in the community that was previously unseen. Judges also factored in the competitors’ creativity and knowledge.

“We’re authentically creating experiences for our community of hardworking bartenders and our consumers that get the chance to participate in these experiences where they can enjoy themselves, remember why our LGBT community is so important, and the creativity that we have had to showcase and adapt to survive,” says Gallineaux.

All 14 regional winners were flown to Key West for the Pride Week Finale, a whirlwind of parties, dinners and entertainment in addition to two elimination events. And it’s not just bartenders and their families who head to Florida. The Cocktail Classic has inspired its own cult following of fans who travel south to participate in the finale. In fact, thanks to the Cocktail Classic, it was a record-breaking year for tourism in Key West, which grew from roughly 50 percent occupancy at LGBTQ hotels and guest houses to 100 percent occupancy.

Ultimately, Sam Benedict was crowned champion of the Stoli Key West Cocktail Classic and served as the 2019 Key West Pride Parade Honorary Grand Marshal. Upon returning home, he was honored with a special celebration, and received a three-day trip for two to a Stoli Vodka event of his choosing. What’s more, Stoli each year donates $10,000 to a local LGBTQ charity of the champion’s choosing, while the Key West Business Guild offers an additional $5,000 for a Key West charity. The second-place winner gets $5,000 for a home town charity of their choosing, as well as $5,000 for a Key West organization. Benedict donated to Gays Against Guns and Habitat for Humanity Key West.

“It’s important to celebrate and educate about gay bars as the original community centers and safe spaces,” says Gallineaux. “And it’s incredibly relevant right now as we are celebrating the 50th anniversary of the Stonewall uprising. Of course, back then, there was still fear of oppression and police raids… So, we’re reminding people at every event what Stonewall was and why we celebrate it, while uplifting our bartenders.” Agency: SoHo Experiential, New York City.