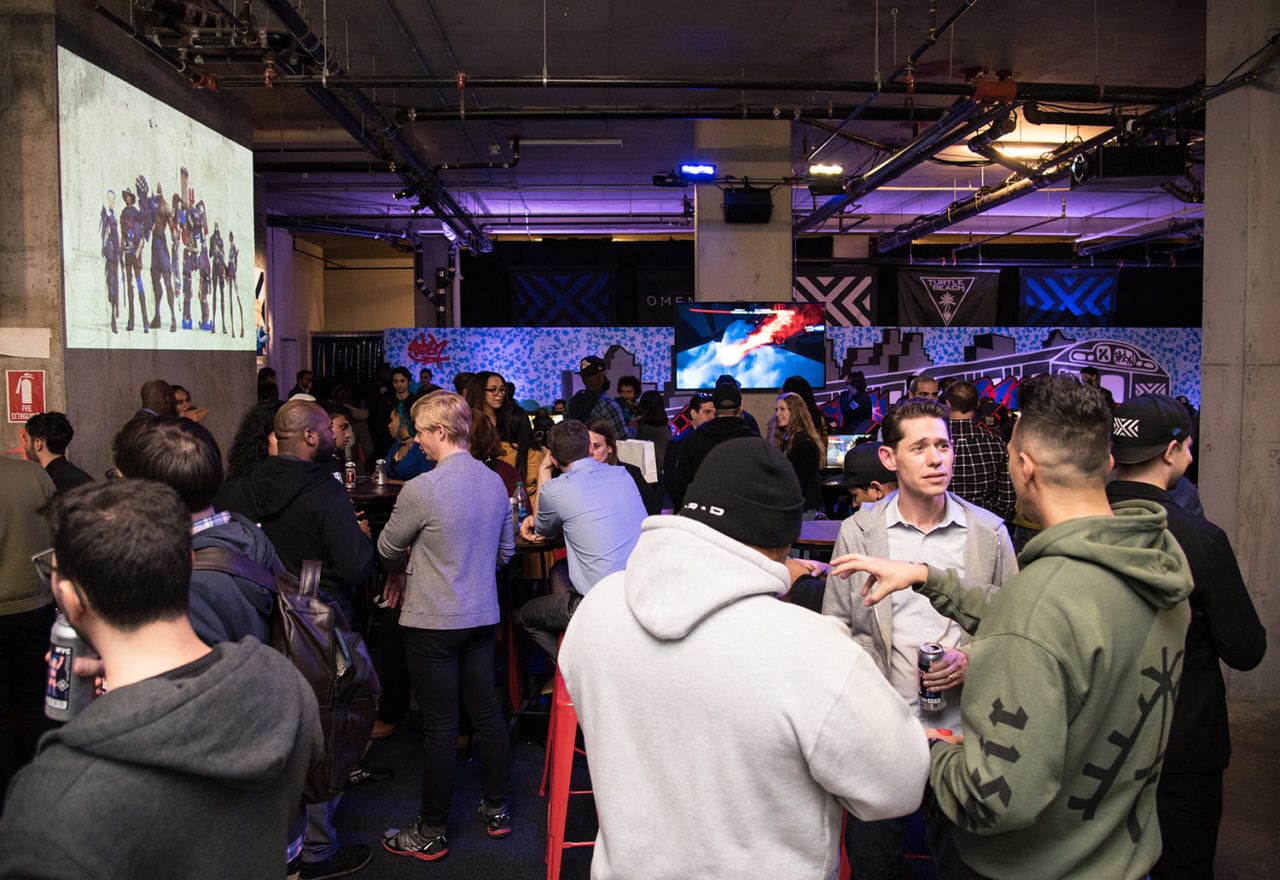 Since the Overwatch League’s inaugural season wrapped in July, New York City’s professional esports team the NY Excelsior (NYXL) wanted to create something special for its fanbase at the end of the year, ahead of the league’s second season kickoff Feb. 14. Building off of a successful pop-up shop it created in July in Brooklyn, NY, which was supplemented by special events held throughout the city, the team decided to combine the two. Enter: NYXL Shop & LAN, a pop-up retail shop and computer gaming LAN center that launched with a VIP event and features tournaments, one-off events and custom merchandise every weekend from Nov. 15 through Dec. 23.

“We wanted to do something really special for our fans: to give them a cool, fun, exciting and safe space to come together, play games, buy merchandise and just be a community,” says Ben Nichol, head of events and business development for NYXL. For Nichol, it’s about building brand value, selling merchandise and cementing the team as “the most progressive thought leaders in the Overwatch League,” he says. “This was our way of flexing hard at the end of the year as we get ready to ramp up for season two.”

To spread the word, the team turned to its fans on social media, an audience it has built from the ground up with zero media dollars spent on recruiting, Nichol says. “Every single follower that we have, every single member of our discord [gamer chat channel], is somebody that has come in and had a direct one-to-one engagement with us,” he says.

The pop-up shop offers a full program on esports tournaments taking place every day, open to anyone who comes in the store on a first-come, first-served basis. Special guests and influencers will make appearances in the space daily as well. (Check out the schedule of programming here.)

Another feature is the gaming LAN center, which encourages attendees to interact, shop and stay for long periods of time. “We thought if we put a LAN center in the store, especially in the winter, that you would have a lot of consumers staying around for anywhere between five and eight hours a day, which is exactly what has happened,” says Collette Gangemi, head of merchandising and consumer product for NYXL.

NYXL is working with a number of partners on the pop-up, including HP OMEN and Turtle Beach who are providing the hardware for the LAN center for gamers to use and are also selling their products in the shop (after gamers have spent hours interacting with them). Non-endemic brands are part of the pop-up, too, like custom jewelry created by Melody Ehsani, a limited-edition beer for gamers from Mikkeller Brewing NYC, and a streetwear collaboration with The Undefeated.

“Most teams or esports leagues partner with endemic brands not connected to fashion,” Gangemi says. “We’ve taken a totally different approach where we’ve collaborated and partnered with brands in streetwear, fashion and athletic to give the esports league a completely different look.”

“The esports community is a very underserved apparel market. So, we wanted to make sure that we came out with apparel and accessories that this consumer in New York was proud of,” she says.

Inside the NYXL Shop & LAN: