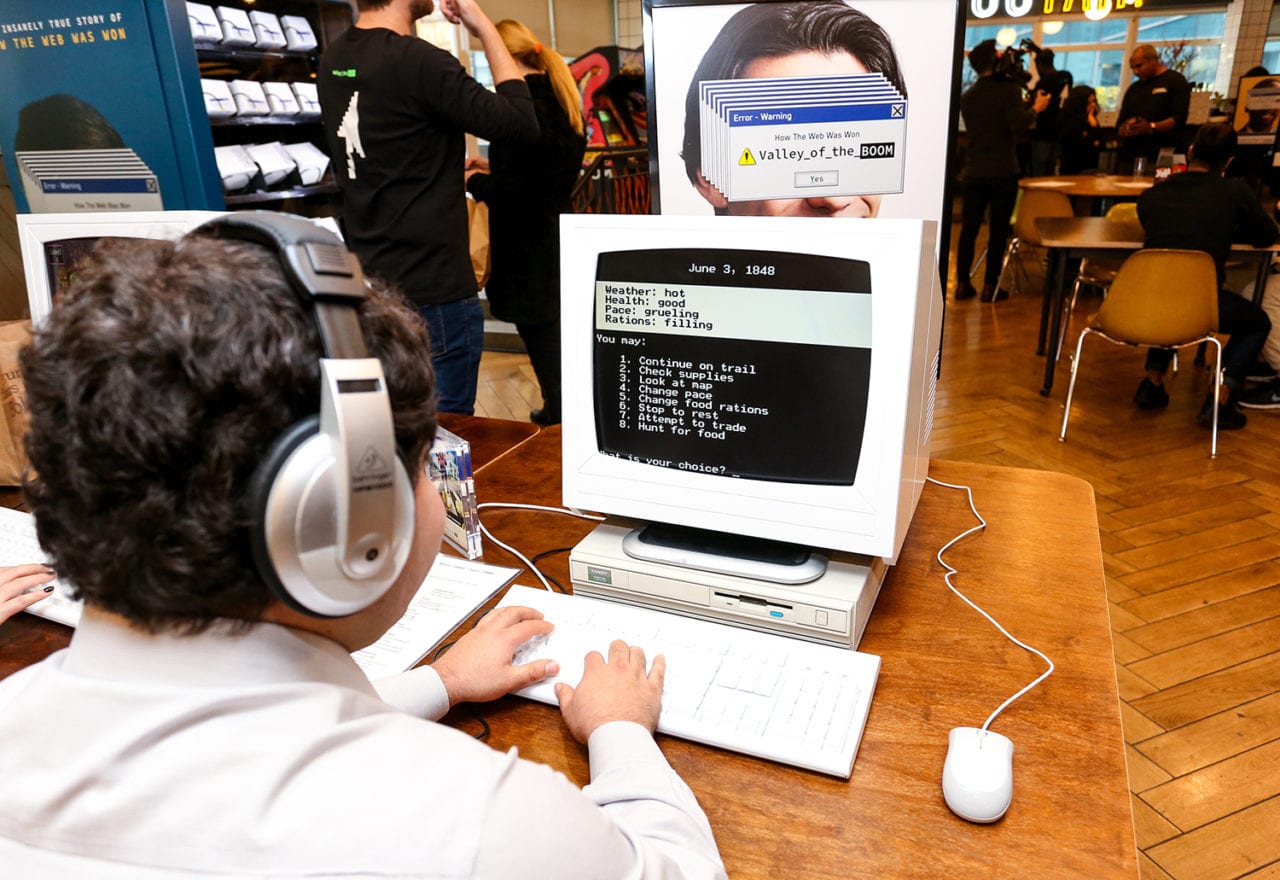 These days, we don’t think twice about checking email on our phones or working remotely, but when the Internet was in its infancy in the 1990s, it was another story. Remember when you couldn’t talk on a land line and surf the web at the same time? Technology has changed drastically over the last few decades, but in the ’90s, all eyes were on Silicon Valley’s tech “boom”—the spark that ignited the digital age. And that’s the narrative behind National Geographic’s forthcoming, six-part series “Valley of the Boom.” To bring the content to life and engage tech-savvy consumers, the brand activated a series of ’90s-age Internet cafés, Dec. 3-6, in New York City, Los Angeles and San Francisco featuring games and décor from the era, along with practical career development opportunities.

Nat Geo teamed up with WeWork, a company that provides shared workspaces for technology startup communities, and LinkedIn to deliver the experiences. Activations took place at a four WeWork locations in each market, helping the brand engage a relevant audience comprised mostly of entrepreneurial, tech-focused consumers.

“So much of what we’re celebrating are the risk-takers and the bold innovators of the ’90s who built the Internet that we know and love today,” says Jill Cress, chief marketing and communications officer at National Geographic Partners. “And the backdrop for that in many cases was this idea of the startup garage in Silicon Valley. So, we were trying to think of what is the modern-day equivalent of that, and that’s where WeWork came in.”

The brand executed full-fledged takeovers of the venues, transforming them into “Valley of the Boom Internet Cafés” through detailed experience design elements and engagements that harkened back to the era. Authentic 1990s desktop computer stations gave attendees a chance to play classic computer games from like “Oregon Trail,” “Doom” and “Tetris.” There were also hacky sacks, retro arcade games and old-school board games like “Don’t Wake Daddy” and “Guess Who?” on hand.

But Nat Geo didn’t stop there. The spaces additionally included stacks of faux Wired magazines from the era, “Saved by the Bell” merchandise, beverages served in ’90s-themed containers and a floppy disk installation highlighting the show’s title in an 8-bit computer graphic pattern. Perhaps the coolest elements, however, were the social vending machines planted in each venue that dispensed 1990s candy, toys and trading cards in response to tweets and Instagram posts containing the hashtag #ValleyOfTheBoom. 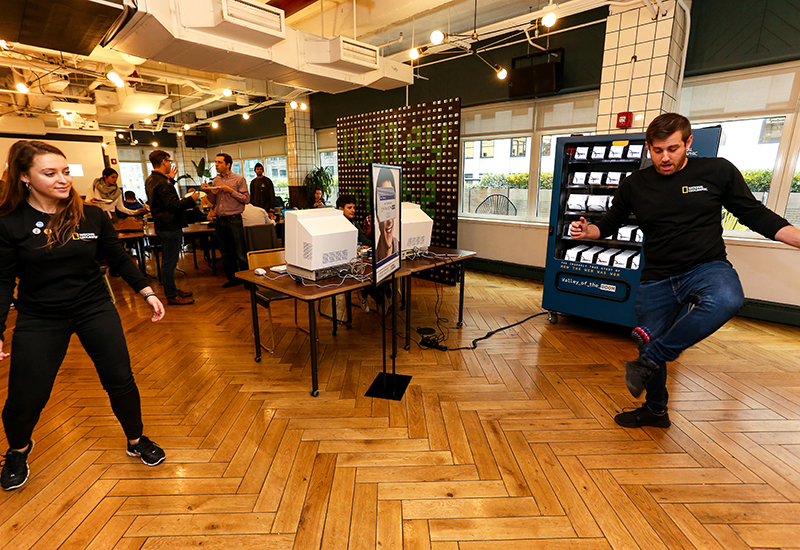 Activations featured ’90s-era games and activities, including hacky sacks and board games like “Don’t Wake Daddy.”

The activations were chock-full of fun touchpoints, but National Geographic also wanted the experiences to functional. That’s where the brand’s partnership with LinkedIn came into play. The social network offered on-site, professional headshots, resume help and consultations with LinkedIn experts to optimize attendees’ visibility on the platform.

“Part of our investment is around driving reach and frequency of message to deliver an audience for the show,” says Cress. “But with the nature of the show, we’re doing a lot of really fun activations through innovative partnerships… as well as having fun, targeted digital activations so that we can reach a bit of a younger audience, who we know from our research is really interested in getting a deeper understanding of how the Internet came to be, and having some fun with that topic.”

“Valley of the Boom” premieres Jan. 13, 2019. Later in the month, Nat Geo will host exclusive screenings of the first two episodes of the series, followed by curated discussions with series talent and experts at the same WeWork locations leveraged for the December activations. The brand will also hold screenings at hand-selected college campuses with large populations of tech-minded students, like MIT and Berkeley, over the winter. Agency: BCXP, New York City.