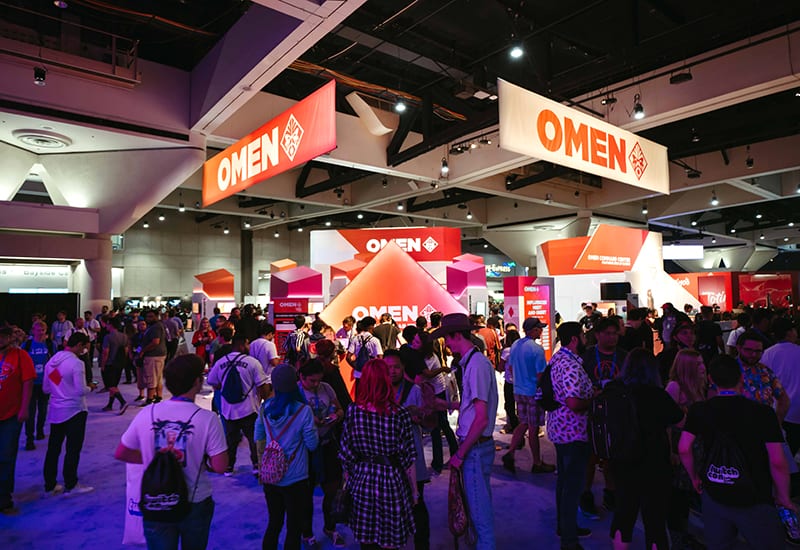 After several years of marketing primarily to competitive gamers, Omen by HP has shifted its focus to include casual gamers. To showcase this point of view for the first time in the U.S., HP created the Omen Gaming Lab Test activation at TwitchCon in San Diego, Sept. 27-29. The 3,025-square-foot space featured seven different challenges that put to work skillsets demonstrated in the gaming world as well as in everyday life.

“When we introduced our Omen brand to the community, we were pretty much like everybody else. It was about esports. It was about this community of enthusiasts and competitive gamers that were taking the stage to compete at a very high level,” says Daryl Butler, head of marketing for U.S. consumer personal systems at HP. “But when we started looking across the landscape of the gaming community, we realized that there was an entire, accessible market that we weren’t necessarily having a conversation with.”

To kickstart start that conversation, the brand switched its black and red Omen branding to a colorful gradient of orange, red and pink, to give the brand a friendlier “more democratic” feel, Butler says.

The rebrand also played out across the footprint. At registration, attendees chose a screen name and picked up RFID bracelets that recorded their progress through seven “lab tests.” Each challenge was designed to measure a skillset tied to specific attributes: memory, focus, mental stamina, responsiveness, strategic thinking, creativity and teamwork.

“There are a lot of capabilities that are demonstrated in the gaming world that are also demonstrated in everyday life. We used those parallels as a fun and inviting way for folks to engage with the Omen brand,” Butler says.

The “memory test” was a spin on Milton Bradley’s 1978 game “Simon,” which asked players to remember color and sound patterns by hitting buttons. Omen’s game challenged attendees to complete as many rounds as possible—as they grew progressively more difficult—in the time frame of a minute. In the gaming world, succeeding at this test would indicate quick reflexes and memory. 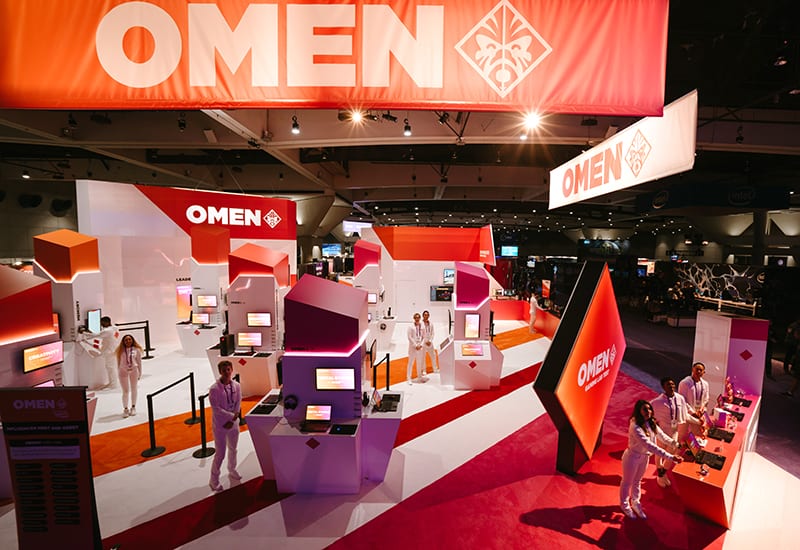 The Gaming Lab offered challenges that put to work skillsets demonstrated in the gaming world and in everyday life.

The “mental stamina station” asked attendees to type numbers and letters on the screen as they sped up. “Focus” involved a digital take on the classic shell game. The goal was to find the dice under the cup as the game’s pace quickened. “Responsiveness” featured a game of target practice as gamers pointed at objects moving and changing within a training range.

The “strategic thinking” part was a version of the classic “Snake” game. Players maneuvered a snake around the laptop screen as it grew in length, ultimately becoming its own obstacle. For the “creativity” part, players leveraged their doodling skills to draw images that an artificial intelligence-powered neural network had to guess. Finally, the “teamwork” part involved Tetris reimagined as a two-player game. Attendees could self-navigate the journey if they chose to, and brand ambassadors provided information, insight, coaching and explanation.

Two leaderboard screens listed the top scorers throughout the program, each awarded Omen gear and apparel on an hourly and daily basis. Players who completed all seven “tests” received a crystal trophy, and those who opted-in to email communications received a report post-event detailing their scores. The footprint also included an Omen Command Center, where the brand’s newest products and services were on display and where players could experience the game Ring of Elysium season five on Omen’s newest P.C. systems. A total of 21,536 attendees visited the Omen Gaming Lab, and 20 Twitch streamers helped boost its social media reach, which included 3.6 million Twitter impressions. Agency: Infinity Marketing Team.