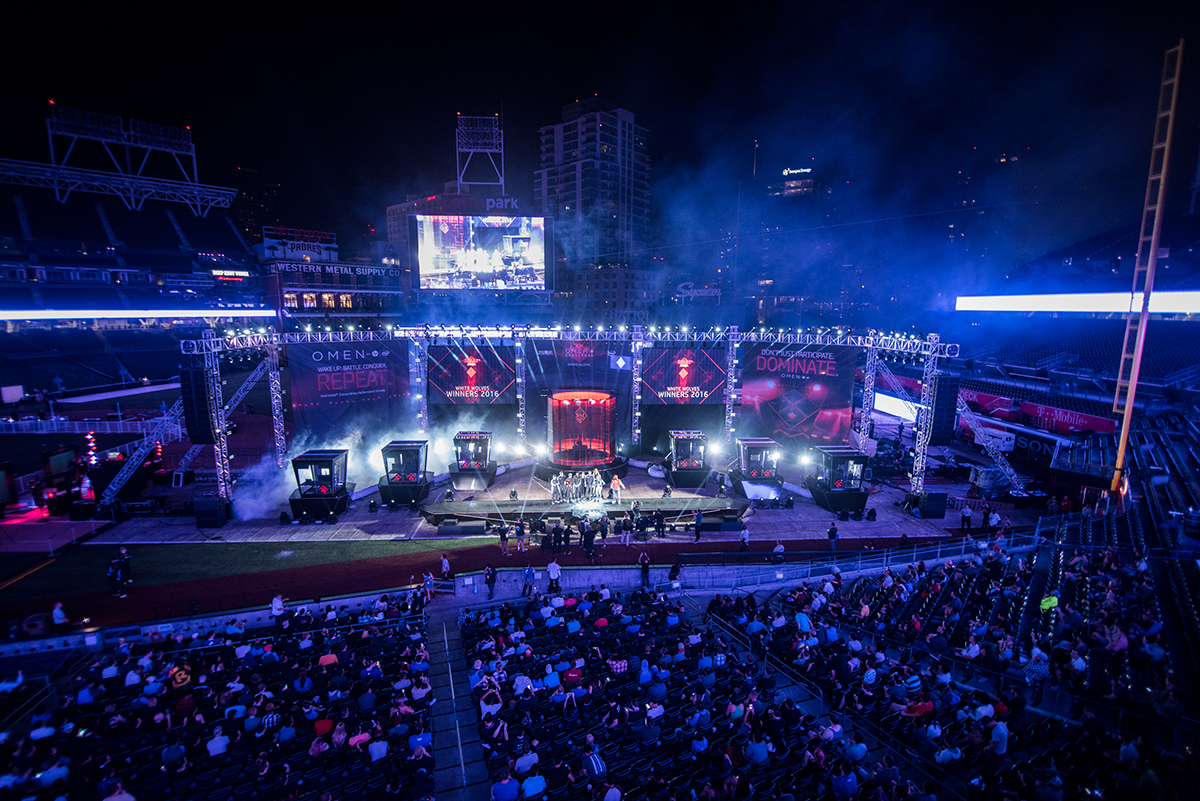 HP partnered with the social video platform and gaming community Twitch at TwitchCon on Oct. 1 to activate the HP Omen Challenge, a live gaming tournament that involved “torture chambers” and multisensory elements. The event at the TwitchCon After Party at Petco Park in San Diego, CA, which HP sponsored, helped HP drive awareness and sales for its Omen franchise.

HP Omen Challenge was part of the three-day TwitchCon party agenda and took place at the stadium before a music festival that featured T-Pain, The Roots and DJ Aoki. For the tournament, which was live-streamed on Twitch, HP recruited 20 Twitch gamer-influencers to form four all-star teams to play Blizzard Entertainment’s “Hero of the Storm” on HP products. Each team entered a caged “torture chamber” and while they played, special effects like fire, ice, tornado, earthquake and lightning were applied to distract them. A central LED tower emanated animations related to the tortures. Depending on the effect, players inside the torture chambers felt heat, felt their chairs quake, dealt with high winds and more while trying to perform.

While 4,500 attendees were on the ground watching the action, HP was able to include the many millions more who were tuning in via the livestream. Every 15 minutes, viewers (and those on the ground) could go to the Omen Challenge page online to vote on what “torture” element to inflict on the players, and the element with the most votes would be applied.

“Gaming is a big and growing trend, and it’s a very specific segment—they have their own language and their own way of doing things—so we’re trying to understand gamers and position our marketing toward them, but in a fun and engaging way,” says Renata Gaspar, U.S. consumer marketing director-personal computing, at HP. “We’re looking for ways to drive an emotional brand connection with gamers and provide that halo effect.” Agency: Infinity Marketing Team, Culver City, CA. 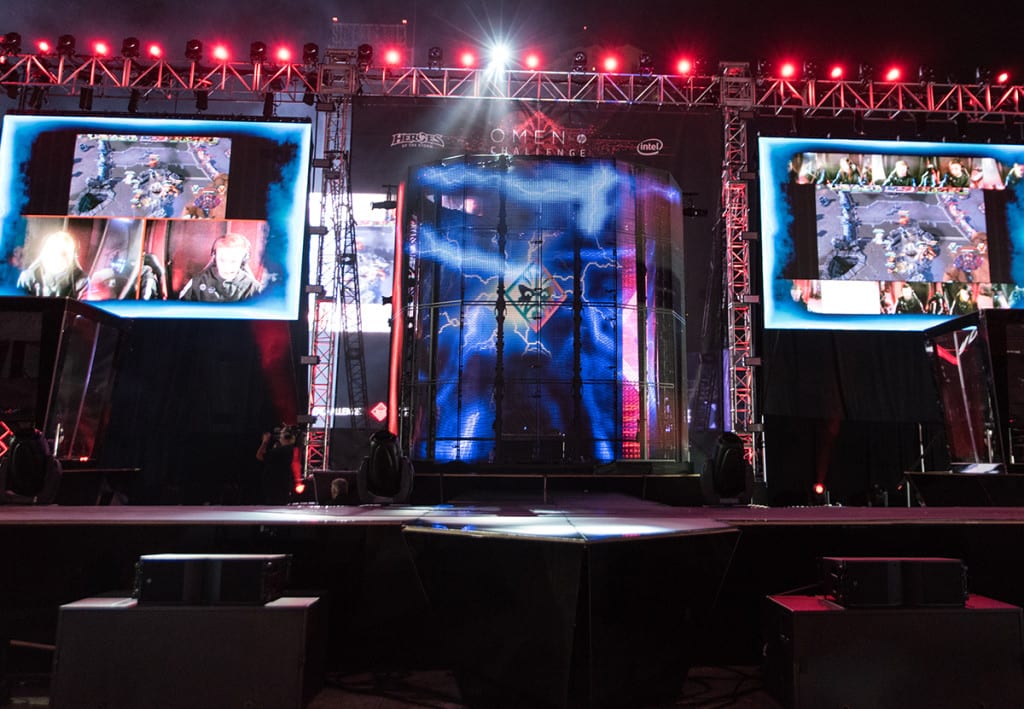 “Lightning” emanates from a central tower on stage at the HP Omen Challenge at the TwitchCon After Party.