Why Facebook Live is Dominating the Live-Stream Landscape – Event Marketer 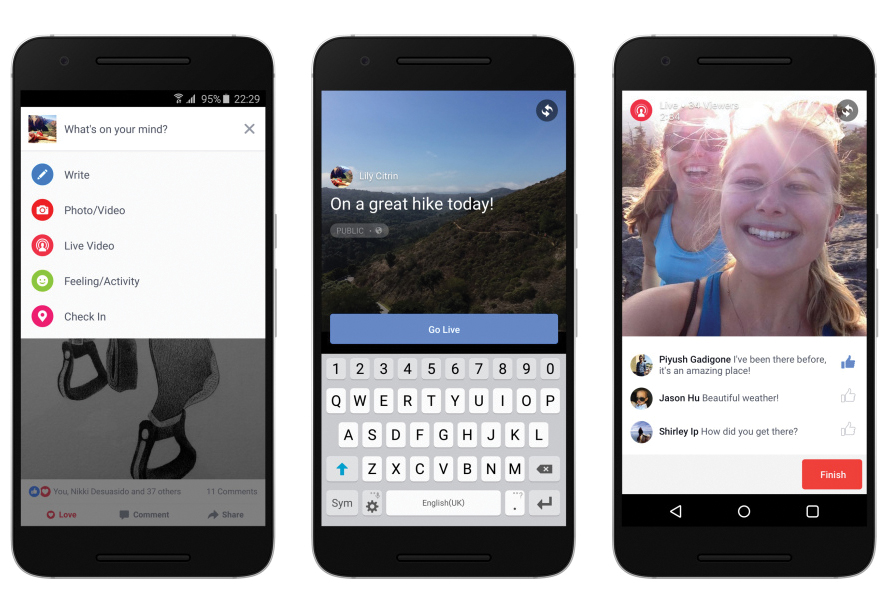 Live streaming services Periscope and Meerkat were the talk of the industry last year, with brands of every variety buzzing about how the platforms could boost their experiential programs. But in 2016, the conversation has changed. Facebook Live is the new kid in town, and if you’ve seen that mom with the Chewbacca mask—which is Facebook Live’s most watched video with more than 141 million views—you know just how powerful the new platform has become.

Launched globally in February, Facebook Live is available free to anyone who has an account with the social media giant, giving the platform superior reach over rivals Periscope and Meerkat, thanks to its over one billion active daily users. And according to Facebook, those users aren’t wasting any time in interacting with the new platform. The brand announced as early as April that people were commenting 10 times more on Facebook Live videos than on regular videos.

The service, like its competitors, operates fairly intuitively. Write a description of the content about to be shared, press the “Go Live” button on your phone or tablet, record live footage for up to 90 minutes and allow viewers to interact with you along the way through comments, “likes” and “reactions” that pop up on the screen in real time. Facebook even prioritizes lives streams in its News Feed, making it easier to rack up extra viewers as the broadcast unfolds.

Recordings are available to view following the live broadcast for as long as the user chooses, with an option to delete the footage like any other Facebook post. And although brands using the service would benefit most from keeping their streams public, privacy settings are in place for more intimate broadcasts. The platform’s Live in Groups feature allows users to broadcast to a designated Facebook group, while an “Only Me” function allows users to test out the service without sharing the footage with followers. 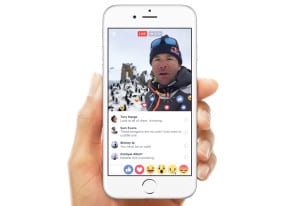 From Dunkin Donuts to Patrón to Sunoco, brands are leveraging Facebook Live to deliver content that is raw and authentic.

In addition, the platform’s Live in Events feature allows users to share a live stream from an event with anyone who RSVP’d to the affair on Facebook—a handy function for event marketers looking to accommodate a virtual audience at their events. And while Facebook Live shouldn’t replace a professional camera crew when it comes to recording keynote speakers or other high-profile investments, the platform has a wealth of potential uses in the experiential space. Product launches, Q&As, behind-the-scenes coverage and venue appraisals are all viable options for brands looking to engage consumers through the platform—and so far, it’s working.

Dunkin’ Donuts used Facebook Live this winter to take consumers inside its “Dunkin’ Brands University,” where the breakfast chain makes its products. The broadcast included a tour of the facility and was capped off with a tutorial hosted by Dunkin’ chefs on how to make a wedding cake out of doughnuts. The post earned 4,000 likes and over 31,000 views. The platform has also been leveraged by Southwest Airlines, which went live from its command center as a major winter storm was approaching, while Kate Spade used the service to broadcast its New York Fashion Week show and Patrón has used it to offer periodic lessons on creating tequila-based craft cocktails.

So what do brands leveraging Facebook Live have to say about best practices? Don’t incorporate the platform into your events simply for the sake of using a popular technology, says Andrew Kabakoff, vp-marketing at Sunoco, which used Facebook Live to capture footage of its presence at a recent NASCAR race in Daytona Beach, FL (Team Epic handled).

“Just because you can stream at any time, doesn’t mean that you always should,” says Kabakoff. “It’s crucial to sit down and determine how live video will be a part of your content strategy. As marketers, we must always start with the key question—how can we add value to our audience?”

When you break it all down, live streaming has the power to add a human element to a brand’s digital content—but that same component creates plenty of room for human error. So be judicious, be prepared… and maybe consider adding a Chewie mask to your next broadcast for good measure.