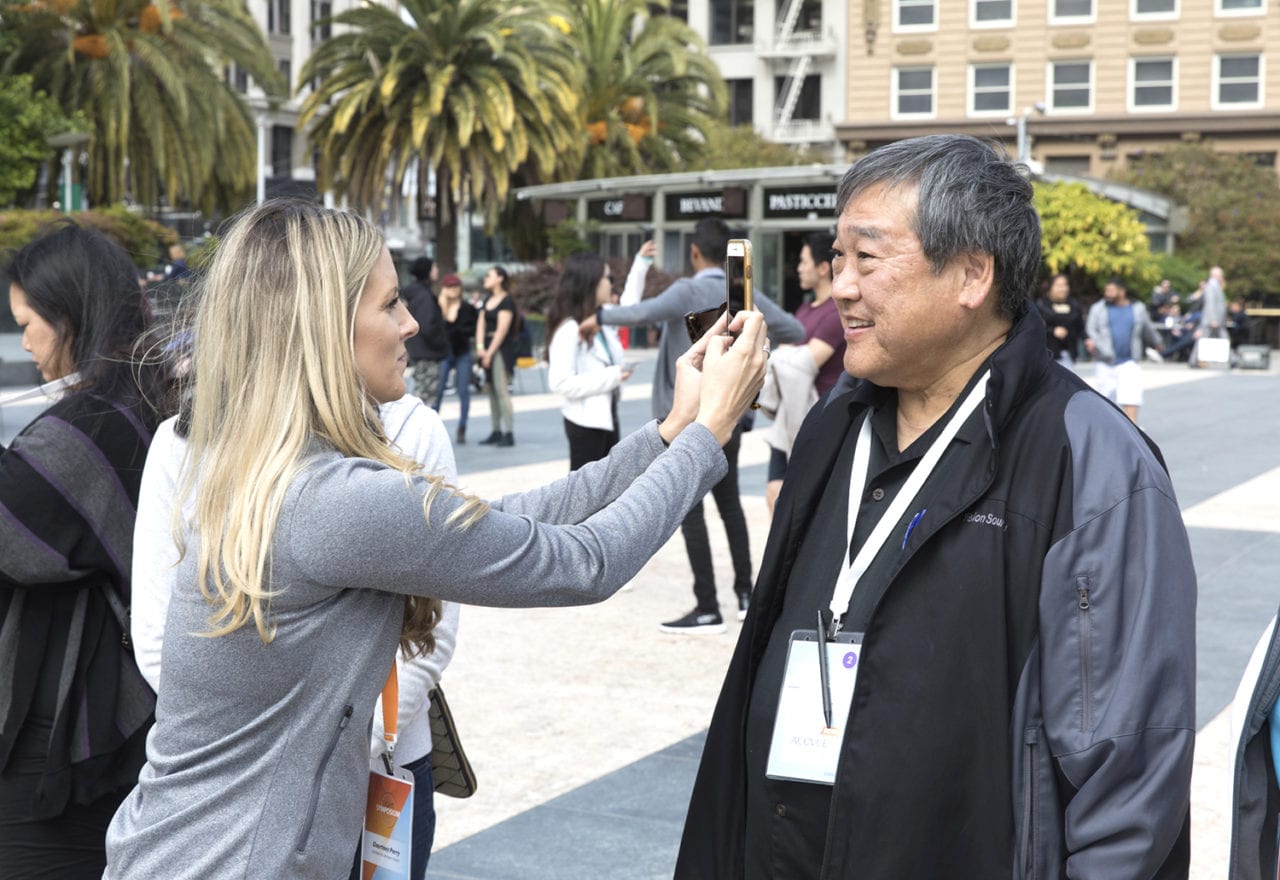 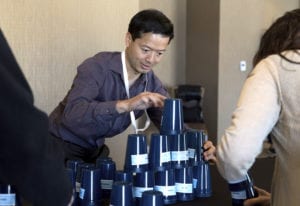 A Stack It game featured cups labeled with the job title or occupation of ideal lens candidates.

In the health care world, product launches typically involve a sit-down dinner with doctors, a podium and a presentation. But for Johnson & Johnson Vision, introducing its Acuvue Oasys with Transitions Light Intelligent Technology contact lens needed an innovative launch experience to match it. Enter: The Light Symposium, a series of events that leveraged a LightQuest scavenger hunt to help eye care professionals experience the product while arming them with content to help identify different types of patients and educate them back in the office.

The product’s inclusion in Time magazine’s “Best Inventions of 2018” helped serve as a catalyst to keep the momentum going by trading in a traditional industry launch for something more experiential, according to Felicia Kaban, brand manager-professional events at Johnson & Johnson Vision. “We garnered over 2.5 billion impressions across multiple social media channels for this product, so we couldn’t just do a regular dinner program,” she says.

Much like Transitions lenses for glasses, this contact lens transitions subtly from dark to light, reducing the need for compensating behaviors like squinting. “We had this incredible opportunity with a first-of-its-kind product, but also, we were faced with some challenges with describing the lens,” Kaban says. “If you put the lens on your eye there’s no ‘ah-ha’ moment, because it seamlessly adapts to your environment. It’s a two-week lens and, ultimately, you experience it best when you realize you’re not compensating by shading your eyes or squinting. So, we thought, how are we going to emulate a two-week period of wearing light-adaptive contact lenses in just one afternoon? And that is where LightQuest was born.”

Taking place in Miami (April), Dallas (May) and most recently in San Francisco on June 1, the Light Symposium experiences each began with a keynote by a rock star in optometry—influencers and key decision makers who introduced the product. Afterward, in a Kabuki-drop-style experience, LightQuest was unveiled and attendees embarked on a scavenger hunt engagement with gaming elements that took them on journeys inside and outside the venues, and through various light conditions, while they wore the lenses and learned ways to talk to patients about the effects of bothersome light.

LightQuest took place on the Scavify app, while a second app allowed attendees to measure light conditions at various locations. Attendees played interactive games using both apps that reinforced features of the products, benefits and patient types. There were plenty of “analog” elements, too, including a cup-stacking challenge called “Stack It,” with each cup labeled with a job title or occupation of someone who would be an ideal candidate for the lens. Another game reinforced talking points for eye care professionals to have with patients. “Word Wizard,” an activity inspired by the board game Taboo, had teams of two guessing words and phrases like “indoor fluorescent light,” which represented environments that aggravate compensating behaviors.

“Every time I walked by, I saw attendees laughing and taking photos and selfies. I knew we were making memories, which is important,” Kaban says. “You might be a doctor, but you’re a human being first.”

Additionally, the brand activated a production studio on-site to capture testimonies by eye care professionals that the brand then shared with the attendees after the event so they could promote the product on their own social media channels with campaign tag #SquintLessSeeMore. And on the measurement front, the symposiums’ surveybot, Edison, engaged with attendees during LightQuest and served as a review-collection tool for the brand in the two weeks following the event. According to the results, 100 percent of attendees reported they would recommend and prescribe the lens to their patients. Johnson & Johnson Vision was also able to track sales and how the lenses were performing in offices across the country, and compare the data against which offices had doctors that attended a symposium. Agency: Jack Morton Worldwide, Princeton. 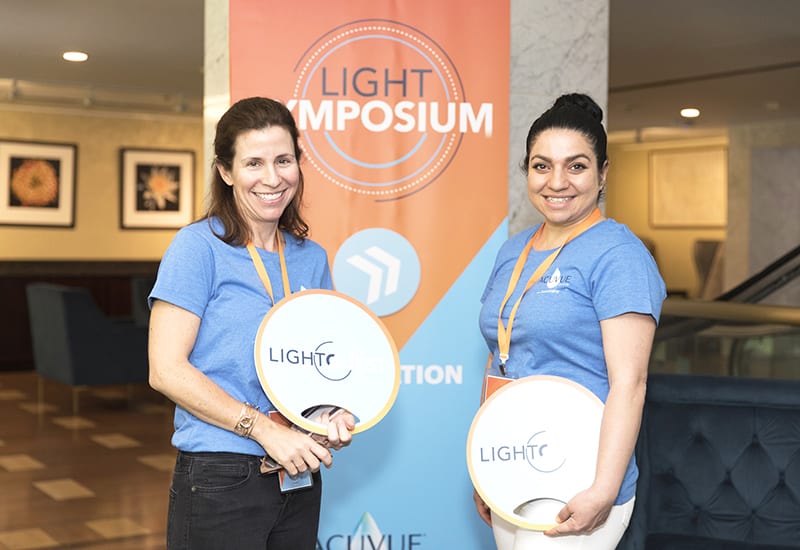