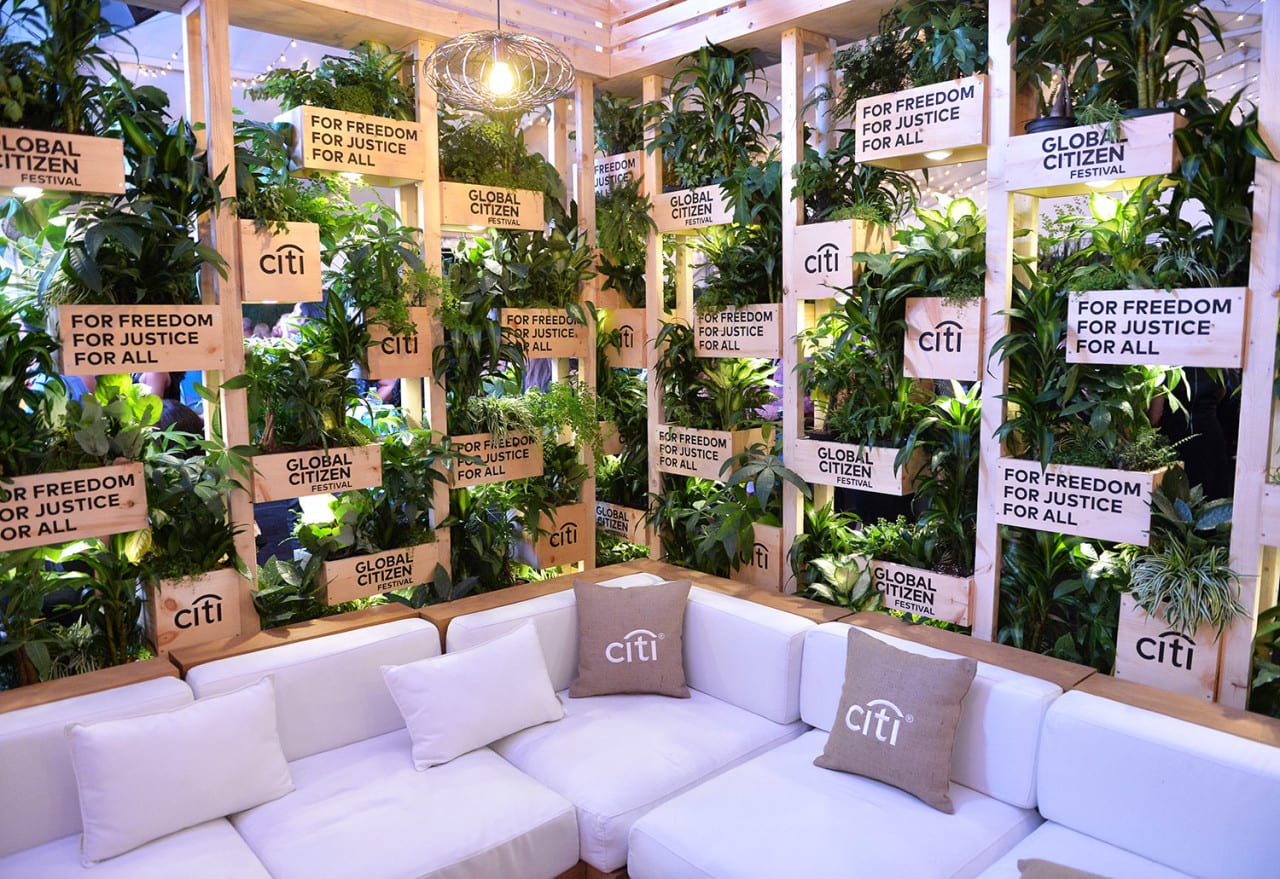 For Freedom. For Justice. For All. It’s the slogan non-profit Global Citizen operates under on its mission to end extreme poverty and “solve the world’s biggest challenges.” In the days leading up to the sixth annual Global Citizen Festival in Manhattan, Citi did its part to bring that mantra to life through advocacy-driven sponsorship activations that on Sept. 23 culminated in an eco-friendly hospitality experience at the main event.

For six years, Citi’s cardmember lounge has been the focus of its festival sponsorship, but in an effort to boost its support of Global Citizen and underscore its own philanthropic efforts, the brand for the first time activated pre-festival events that benefited the organization and its mission. Experiences ranged from an exclusive Mumford & Sons show for Citi cardmembers in which ticket proceeds benefited Global Citizen and Children in Conflict, to panel talks, to a co-branded branded takeover of bicycles in the Citi Bike program.

The brand also led its first “Action Journey,” a Global Citizen app-based activity in which participants earned points by submitting a photo of how they are helping their community, and tagging it with #pathways2progress (the hashtag used to promote Citi’s own charitable work), for a chance to score tickets to Global Citizen Festival.

Rounding out the week’s events was the festival itself, which attracted more than 60,000 attendees and featured performances by a variety of acts including The Lumineers, The Chainsmokers and Alessia Cara. At its exclusive hospitality lounge, Citi offered cardmembers a place to cool off, watch performers on myriad screens and indulge in catered fare inside an eco-chic space featuring recycled wood, lush greenery and biodegradable elements. Attendees could also engage with the on-site mixologist, who offered craft concoctions, including a cocktail served inside a pepper, or participate in a shareable Polaroid photo engagement. A handful of influencers, including Chelsea Yamase (@chelseakauai), also made appearances at the lounge.

If that weren’t enough, Citi additionally partnered with Live Nation and NextVR to broadcast the festival live in virtual reality for the first time. The immersive VR experience included on-stage performances and a behind-the-scenes look at how the event comes together via “Backstage with Citi,” a joint production series by Live Nation and NextVR. Highlights include an interview with Global Citizen founder Hugh Evans and exclusive access to areas of the festival grounds that are otherwise off limits to the public.

“At the end of the day, we want to enable people to have the best time at a festival that has a lot of important messages going on, and then to enhance that experience for our people and guests of guests to make the day as enjoyable and as awesome as possible for everybody there,” says Grace Christus, vp-business strategy and partnerships at Citi. Agency: SoHo Experiential, New York City.