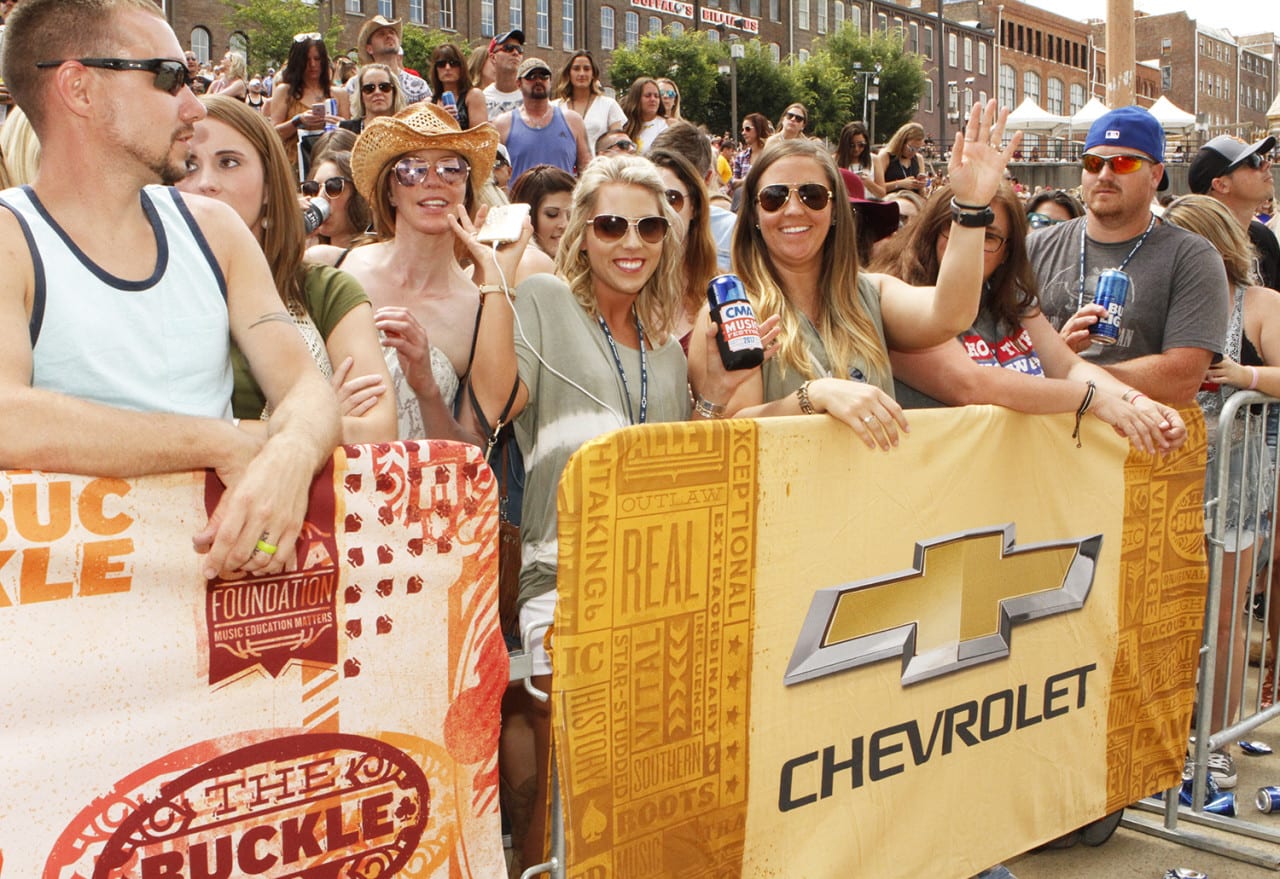 Longtime CMA Festival sponsor Chevrolet was back in Nashville once again this year with a truckload of vehicles and event marketing initiatives that spread over four days, from June 8 to 11. The automaker sponsored two of the festival’s main stages, one in Walk of Fame Park in the center of town and the Chevrolet Riverfront Stage, a few blocks away on the scenic Cumberland River.

The festival and its fans are a good fit for Chevrolet. The brand is mentioned in practically all genres of music, but strikes a special chord in country western lyrics. “Every year there are new songs where artists are writing and referencing our trucks or Chevy as a brand in general, and so, from a marketing standpoint, I think, how lucky are we to have something that fans and people are passionate about, and our brand is already inherently connected to it,” says Ben Honingford, assistant experiential marketing and brand partnerships manager at Chevrolet.

It’s a marketing opportunity that Chevrolet takes full advantage of. “The genre accommodates a lot of different styles of country music, and if you’re not a country fan, you may not realize how broad it is,” says Honingford. And Chevy’s CMA Fest activations were as varied and interesting as the fans themselves. Of course, there were trucks and cars, signage, artist meet-and-greets and photo ops for sharing via #ChevyCMA. Here are four additional ways Chevy connected with fans. 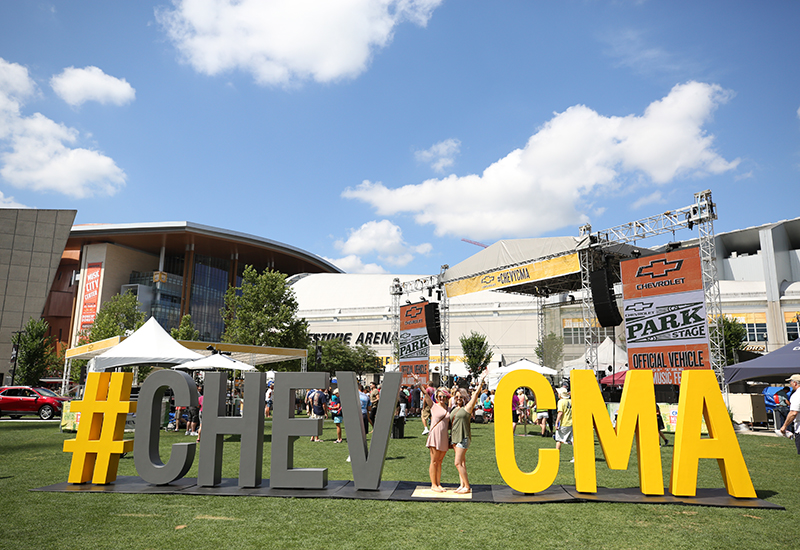 Shade is at a premium on Nashville’s sunny streets, and Chevy offered fans a couple of ways to beat the heat. Fans could repair to the Equinox Recharge Lounge in Chevy’s Walk of Fame Park to get their hair touched up by on-site stylists, then pose by a step-and-repeat photo op to share their new ‘do on social media. The tented lounge also was a way to get people to stick around the nearby Chevy vehicles on display.

Rewarding current owners is a big initiative at Chevy, so the brand also invited people who identified themselves as owners at registration into a separate shaded lounge in the park throughout the day. A nice perk for owners.

A Kick Your Boot Up activation in the park got fans to engage with the lift-and-lower tailgate on Chevy’s new Equinox model. A screen located in the back of the vehicle randomly awarded Chevy swag, an opportunity to enter the Chevy lounge area and even tickets to a show to fans who kicked the underside of the back hatch, which automatically lifts the tailgate.

As part of its “Catch a Chevy” program, a fleet of 20 new “Catch a Chevy”-branded Equinoxes offered attendees free rides around town. People could flag them down or wait at one of its hubs. “It was great for us because it was almost like a five- or 10-minute test drive with a driver trained to highlight the car’s features in a non-pressure environment,” Honingford says.

There’s nothing like the unexpected to make someone feel special, especially among the throngs of fans on the streets and in the amphitheaters. In a surprise Catch a Chevy moment, superstar Luke Bryan hopped into the car with an unsuspecting couple for an unforgettable experience. “We told them we were shooting a video, so they knew they were being filmed, but then shocked them with a ride with Luke Bryan,” Honingford says.

In other cases, fans got concert seat upgrades as part of Chevy’s Best Seats in the House program. An announcement over the loudspeaker asked people to share on Facebook or Twitter where they were sitting and, again, some lucky fans were escorted to seats up front. “It’s probably one of the more rewarding things we get to do. It really makes some peoples’ day when we do that,” Honingford says. Agency: Jack Morton Worldwide, New York City.