How Honda Demonstrated the Softer Side of Robots at CES 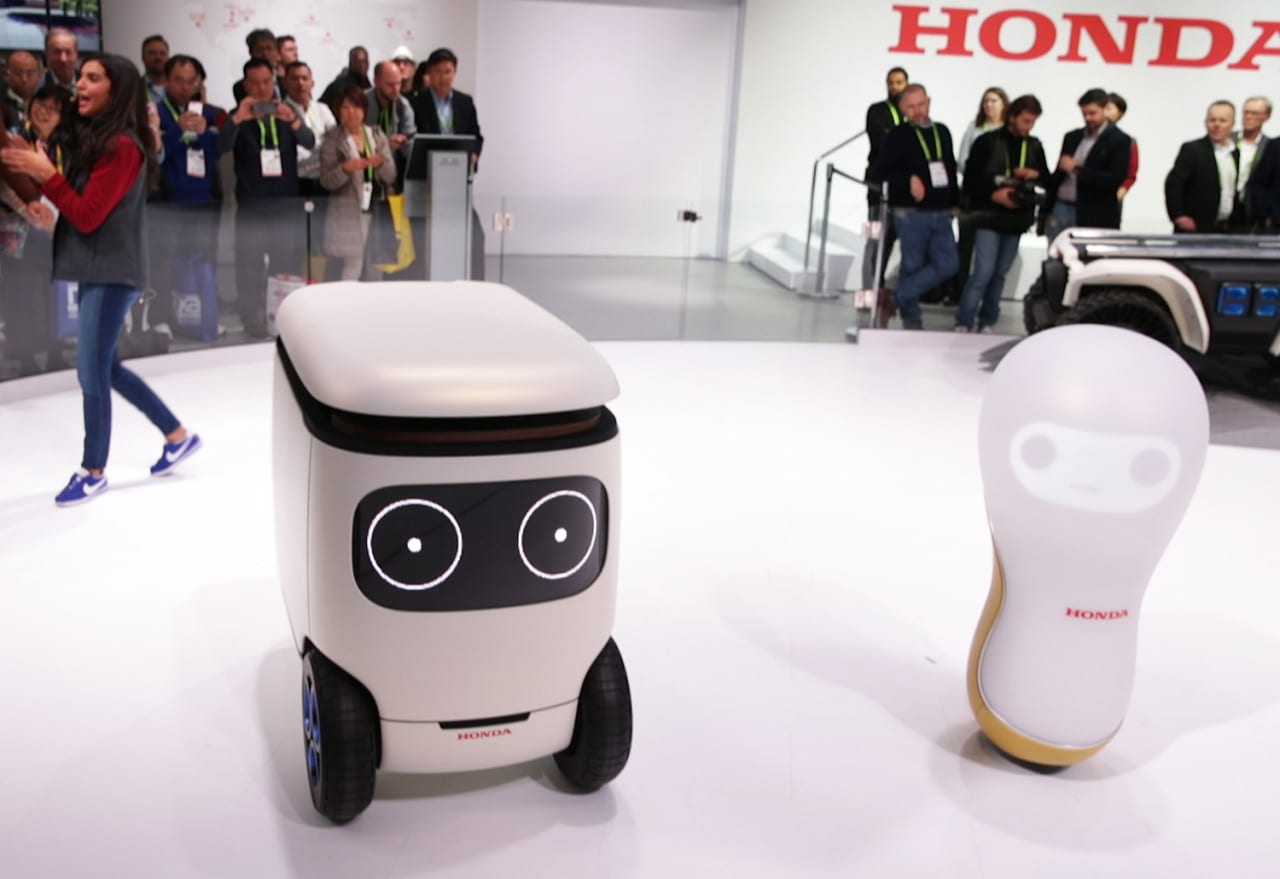 CES 2018: Honda Showcases the Softer Side of Robots 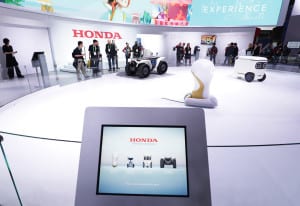 Attendees could take part in a self-guided exploration of Honda’s products via iPad kiosks.

Think of Honda and, typically, automobiles and motorcycles come to mind. But with an array of new mobility solutions and partnerships outside of the automotive space, the brand leveraged its 80-foot by 80-foot booth at CES (Jan. 9-12 in Las Vegas) to showcase its vision for 2030—a society where humans and robots work in unison to create a better world. To bring that vision to life, Honda showcased its technology partnerships, rechargeable battery system and robotics concept, all of which centered on the idea of “creating smart platforms for shared innovation.”

The centerpiece of the activation was the unveiling of Honda’s 3E Robotics Concept, which stands for Empower. Experience. Empathy. Revealing four futuristic robots in a rink-like structure, the brand showcased a host of functions and designs, and offered a vision for how robotics and artificial intelligence could assist humans in a variety situations, including disaster recovery, recreation and learning from human interaction to become more helpful and empathetic.

Honda offered hourly demos and tech talks to give attendees a sense of how the robots function. They could also take part in a self-guided exploration of the products via iPad kiosks installed around the rink. The brand used demos to help alter Americans’ perception of robots as threatening. The booth space was designed to be warm and inviting for the same reason.

“We’re trying to overcome a cultural challenge, which is, in Japan, robots are considered friendly and helpful,” says Marcos Frommer, manager-corporate affairs & communications at Honda. “Whereas, because of Hollywood movies, many people in the U.S. think of robots as threatening and dangerous and wanting to take over your world. So part of the design of our space and the design of our demos was to make sure people knew that the robots are here to help and not to hurt.”

Outside the robot rink, attendees could explore Honda’s Mobile Power Pack World, a dedicated area showcasing a battery exchanger concept that can store and charge mobile power packs. The solution stems from the concept that there it plenty of renewable energy, but humans need a way to store it for future use.

Over at the Global Innovator Showcase, a kiosk highlighted Honda’s tech and startup partnerships (supported by Honda’s Xcelerator program). While the brand didn’t have enough space to showcase its partners’ products, a representative from each startup was on-site to answer questions and educate attendees on their company’s offerings with the aid of tablets displaying interactive videos. Agency: George P. Johnson, Los Angeles.