KLM Touts its Customer Service with a Tech-Fueled Pop-up 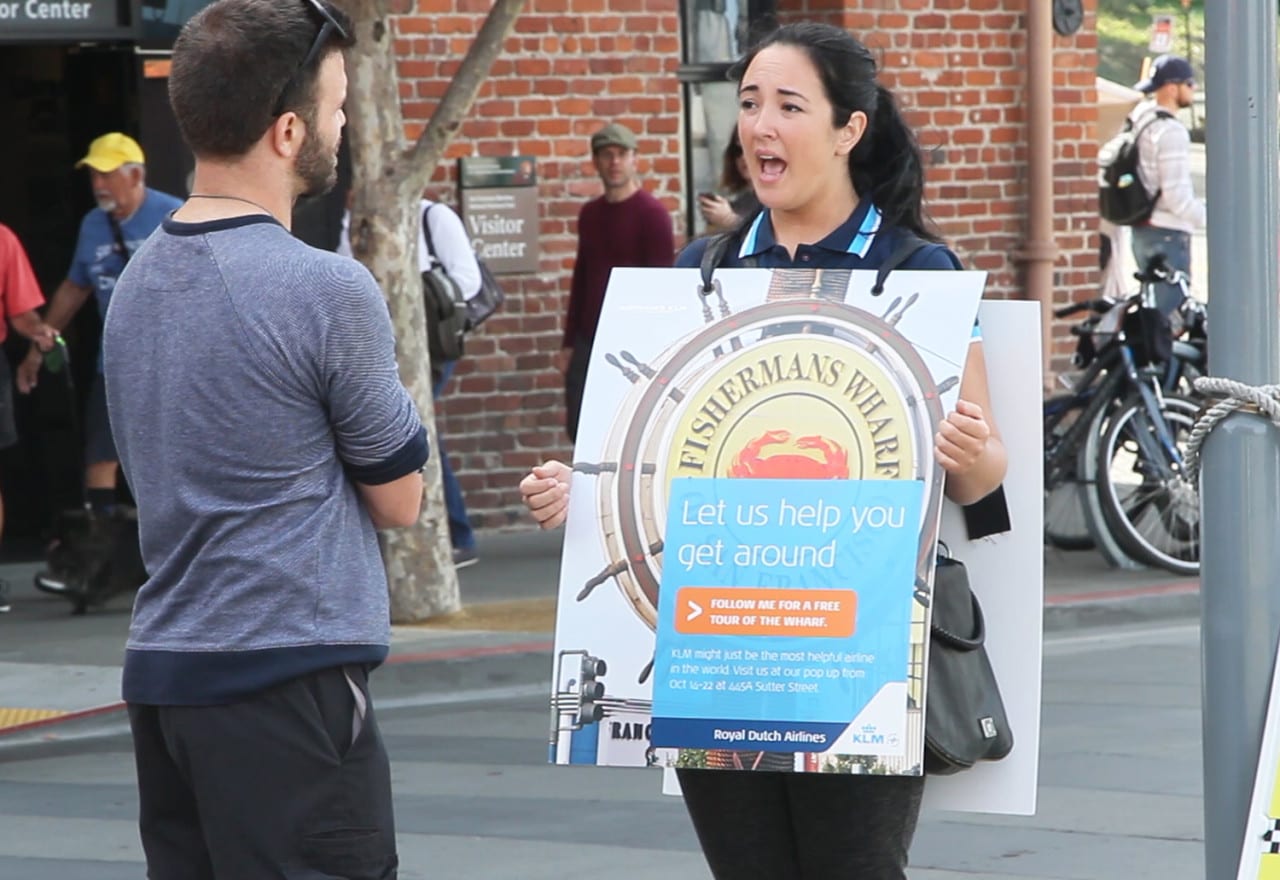 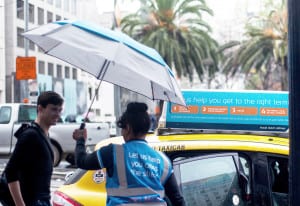 The KLM crew could be seen holding umbrellas for pedestrians and directing traffic at busy intersections as part of a customer service-based guerrilla campaign.

In an era when many airlines are making quick enemies of consumers as a result of added fees and reduced amenities, KLM Royal Dutch Airlines wants to be a breath of fresh air. The world’s oldest airline sought to bring its friendly and helpful messaging to life in October with a combined pop-up experience and street marketing campaign that showcased the brand’s ethos.

With the addition of its Boeing 787 Dreamliner in May, KLM increased flights between Amsterdam and San Francisco, making the City by the Bay the perfect place to connect with consumers. Inside the brand’s Sutter Street pop-up, visitors began the experience by registering for an RFID-enabled “passport” (a wristband) that guided them through personalized check-ins at five interactive “destination” stations. (The registration point also entered them for a chance to win two round-trip flights to Amsterdam.)

Each station highlighted one of KLM’s signature offerings. Participants could sit in the brand’s World Business Class seats while taking in a digital view of the clouds, engage in a virtual reality experience that took them inside KLM’s new Dreamliner aircraft and get a real-time sense of KLM agents’ swift response times on social media. In addition, the airline lounge offered charging stations, espresso and fresh Dutch stroopwafels made right on-site. And for consumers traveling with children, a kid’s corner featuring branded bean bags, wooden airplanes and in-flight entertainment offered a family-friendly touchpoint.

The pop-up experience was strategically aligned with a customer service-focused guerrilla campaign, which was also activated in the streets of San Francisco over the fall. Through the program, the brand treated locals to random acts of kindness, from offering real-time surfing reports on where to catch the best waves, to ferry departure countdowns to free walking tours of Fisherman’s Wharf. The KLM crew could even be seen holding umbrellas for pedestrians and directing traffic at busy intersections in the spirit of air traffic controllers.

And our favorite part, personalized billboards that helped residents in need of some assistance—like a man outside the pop-up who was hanging fliers in hopes of finding his lost dog. The brand came to his aid, creating a billboard featuring a picture of the dog and directing anyone who might find the pup to the pop-up, where KLM said it would get in touch with the owner. A video of the various street engagements was shared on social media using the campaign’s tagline, #KLMCares.

“When you want to position yourself as the most influential airline, engaging with real people on-site is more efficient than a digital campaign because those people are able to experience the brand for real,” says Christophe Attard, vp-marketing and communications at Air France-KLM. “This was not just about a video; it was about people coming to the pop-up, experiencing the brand, speaking with brand ambassadors and asking a lot of questions. A lot of people were very engaged and very curious about the brand. So you start a relationship.” Agency: Pen&Public, Los Angeles. 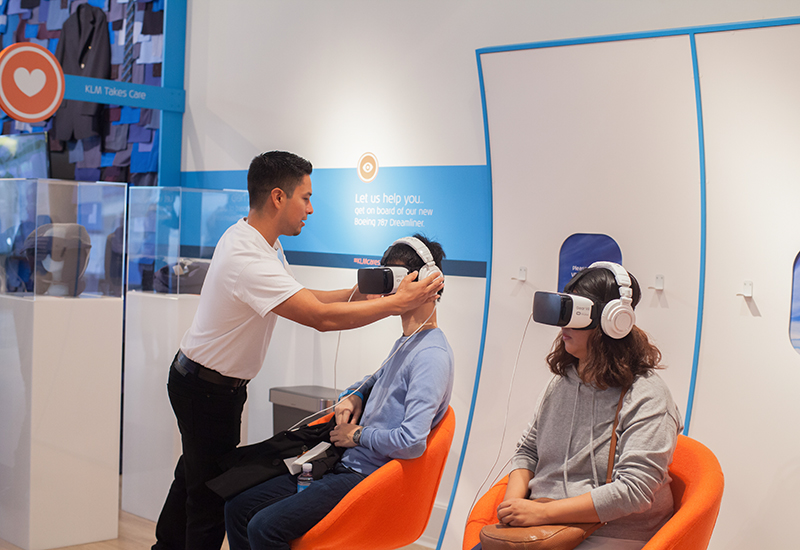 Pop-up visitors could engage in a virtual reality experience that took them inside KLM’s new Dreamliner aircraft.