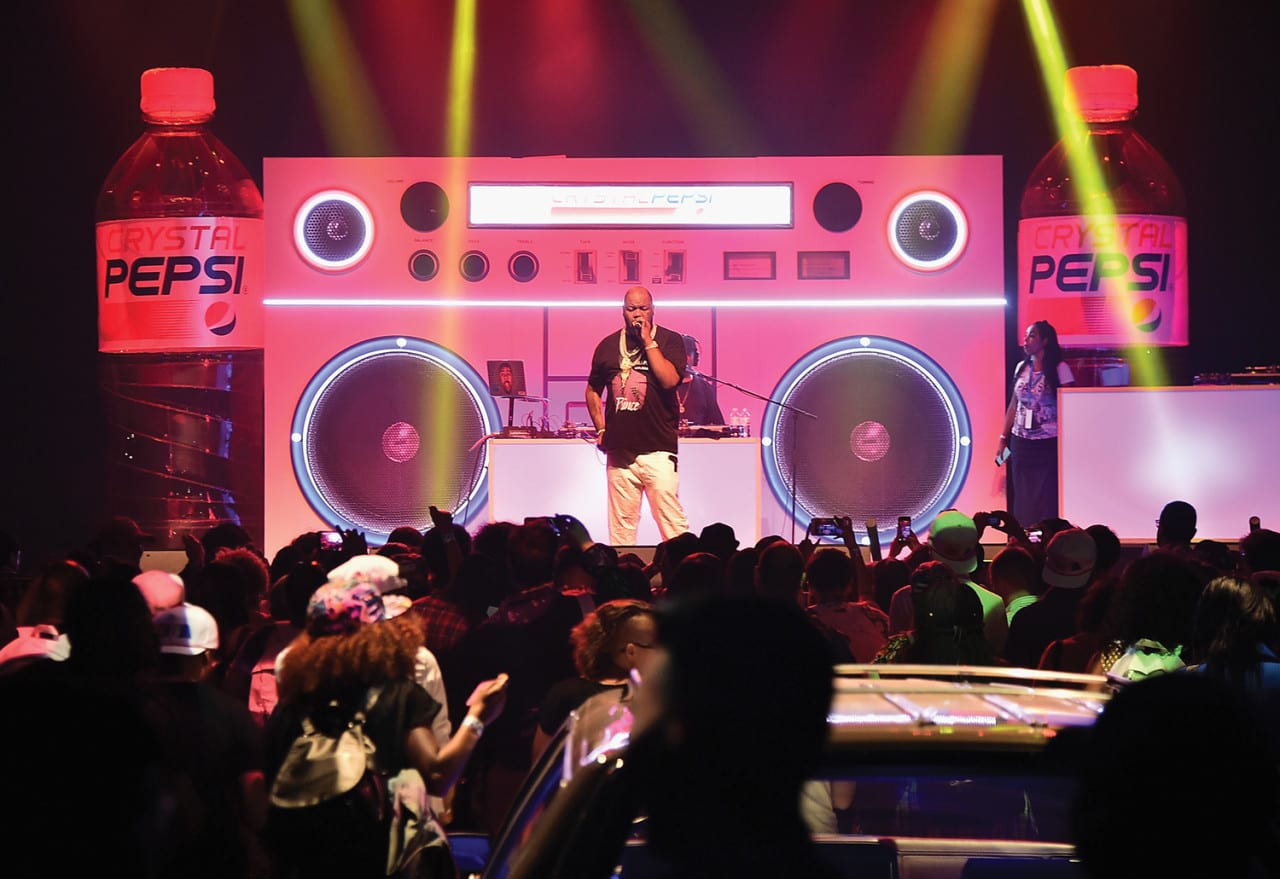 Gettin’ Jiggy With it: Brands Entice Millennials With ’90s Nostalgia

If you don’t think the ’90s were all that and a bag of chips, talk to the hand because nostalgia marketing is all the rage these days. In an attempt to stir up warm, fuzzy feelings about how good life was back in the day, brands are creating ’90s-themed experiences in droves to trigger emotional connections with the consumers who grew up at the close of the 20th century, (read: millennials) and even those who didn’t. From the re-launch of Crystal Pepsi, to concerts featuring DJ Jazzy Jeff, brands are reigniting the ’90s in a big way. So strap on your fanny pack and follow along as we take you inside the best of these nostalgic experiences. 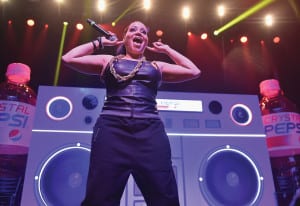 Crystal Pepsi became a cult classic beverage in the ’90s, so when fan demand prompted a re-launch of the clear colored soda over the summer, Pepsi celebrated its return with a Summer of ’92 event at New York City’s Terminal 5. The experience featured iconic ’90s musical acts including Salt-N-Pepa, En Vogue and Biz Markie, who played their top hits for a rabid crowd.

Attendees could also tour a customized mall featuring ’90s swag, get their hair crimped or cut at the ’90s Cut & Style Salon, play old school video games in the arcade or perfect their Pogo Stick and Skip It skills in an outdoor “recess” area.

To kick-off the program, Pepsi also released “The Crystal Pepsi Trail” online, a take on the popular ’90s computer game, “The Oregon Trail.” No word yet on how many wagons had to ford the river.

Brought back by popular demand over the summer after launching in 2015, Nickelodeon’s 90sFest was a multi-city activation that offered a retro take on the modern-day music festival (rEvolution, handled). Attendees dressed as their favorite ’90s characters or sported the decade’s most popular attire, like overalls and wind pants, as they rocked out to Bone Thugs-N-Harmony, Sisqó and Sister Hazel. DJ Suga Ray (no affiliation with the ’90s band, Sugar Ray) spun old school hits between sets.

Aside from the performances, the highlight of the event was an obstacle course aimed at promoting The Splat, a programming block that shows reruns of classic Nickelodeon game shows and cartoons from the ’90s. Physical challenges from the likes of “Legends of the Hidden Temple,” “GUTS” and “Double Dare” had attendees climbing, crawling and getting “slimed” all across the footprint. (The brand also partnered with Mountain Dew over the summer to resurrect the Aggro Crag, a fake mountain that competitors raced up in “GUTS,” which was rebranded as the DEWggro Crag.)

Fans could also take part in a #Baewatchbeach engagement featuring DJ Jazzy Jeff spinning tunes and a trio of dancers performing in the lifeguard uniforms worn on the ’90s hit “Baywatch.” They could also get makeovers at a ’90s-themed beauty bar or hit the ’90s arcade. Meanwhile, consumer giveaways were provided by festival sponsors Scunci and Furby Connect, two brands made popular by their ’90s product offerings. And lest we forget, the merchandise available for purchase included t-shirts that read “Dawson’s Fleek,” a modern play on the title of the hit ’90s TV show “Dawson’s Creek.”

Oh, and Pauly Shore served as master of ceremonies. Need we say more? 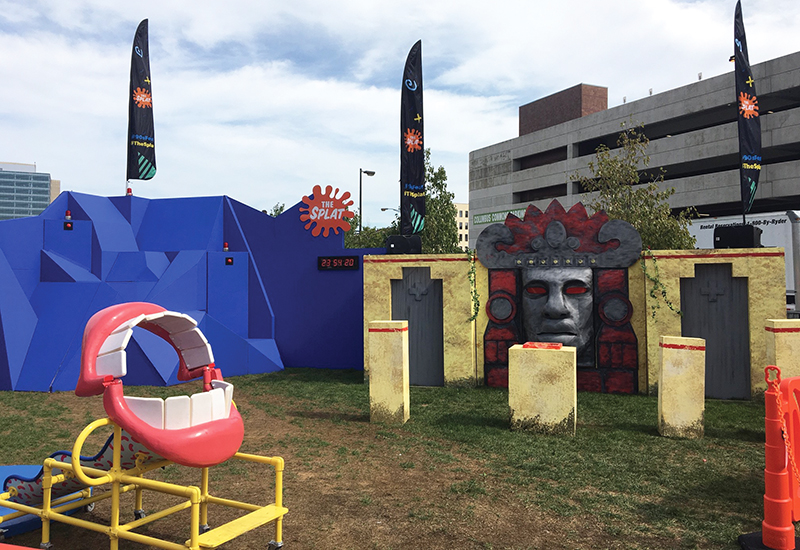 Any ’90s kid who was anybody raced home from school everyday to catch MTV’s “Total Request Live” (TRL), a popular TV series highlighting the country’s top music videos. So in an effort to get more millennials to vote in 2016, MTV transformed the original TRL studio into Total Registration Live for National Voter Registration Day.

In addition to registering to vote, attendees could catch celebrities like Ty Dolla $ign, Joss Whedon, Vic Mensa and Fifth Harmony’s Camila Cabello, all of whom spoke about the election issues they cared about most. Live music performances were, of course, also part of the mix.

As millennials continue to lap up ’90s nostalgia marketing, brands are keeping the retro events coming. So get ready for more blasts from the past—and if you hear of a good one, page us.