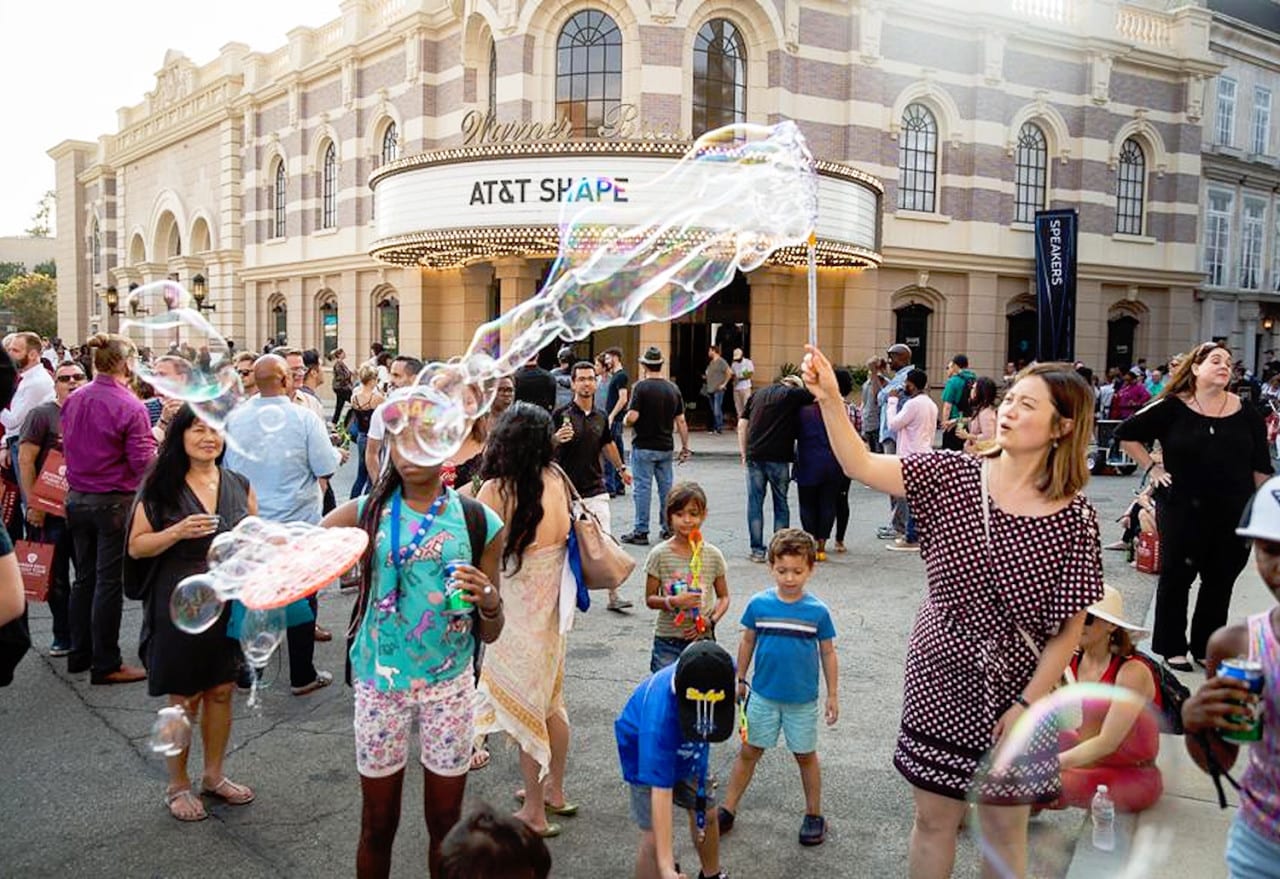 Attendees sat in on presentations by leaders in film, technology and entertainment.

What do you get when the worlds of technology, media and entertainment collide? In the case of AT&T, you get SHAPE, a two-day immersive event that this summer transformed Warner Bros. Studios in Los Angeles into a high-tech campus for content creators, developers, tech professionals and enthusiasts. Attendees sat in on presentations by visionaries in film, technology, interactive entertainment and film production, and got hands-on with virtual reality, mixed reality, augmented reality and 5G mobile connectivity. There was also a creative camp for kids, a developer hackathon, a short film contest and the chance to stir up one’s creative filmmaking juices on the studio’s famed back lots.

That intersection of technology, media and entertainment is where AT&T, with its pending purchase of Time Warner and its recent acquisition of DirecTV, now sits.  SHAPE is designed to help secure AT&T’s place as a leader there. “Everything we do at SHAPE is designed to highlight how that convergence is happening, to build a community of like-minded artists and technologists who are motivated by that,” says Carolyn Billings, avp-marketing at AT&T Entertainment Group.

Academy-Award winning director Kathryn Bigelow (“Zero Dark Thirty,” “The Hurt Locker”) was among the luminaries who spoke onstage at the Steven J. Ross Theater. Bigelow discussed how VR allows viewers “to walk in the ranger’s shoes” in her documentary “The Protectors” about a cause dear to her heart—saving wild elephants in Africa. Patty Jenkins, director of the summer blockbuster “Wonder Woman” held mentoring sessions with David Christopher, cmo-AT&T Entertainment Group, then led the audience voting for an amateur film competition. Actress Kate Hudson participated in a panel on “How Direct-to-Consumer Technology Is Transforming Celebrity.”

Besides AR, VR and MR, in the exhibit tent attendees learned how artificial intelligence from IBM and crowd-sourcing technology from Adobe will facilitate cutting movie trailers and creating video clips. They could experience the Nokia OZO camera, AfterNow’s HoloLens, Gear VR from Samsung and, of course, what’s possible with AT&T’s 5G speeds, among other technologies. At the AT&T Creator Camp, kids ages eight to 14 went through interactive engagements on storyboarding, stop-motion animation and visual effects. And on the studio’s back lots, 20 teams equipped with cameras, sound booms and light reflectors each got three hours to shoot on set as part of a guerrilla film competition that awarded more than $40,000 in prizes.

“We really saw firsthand the power of learning by doing in a community setting, which was really inspiring and rewarding,” Billings says.