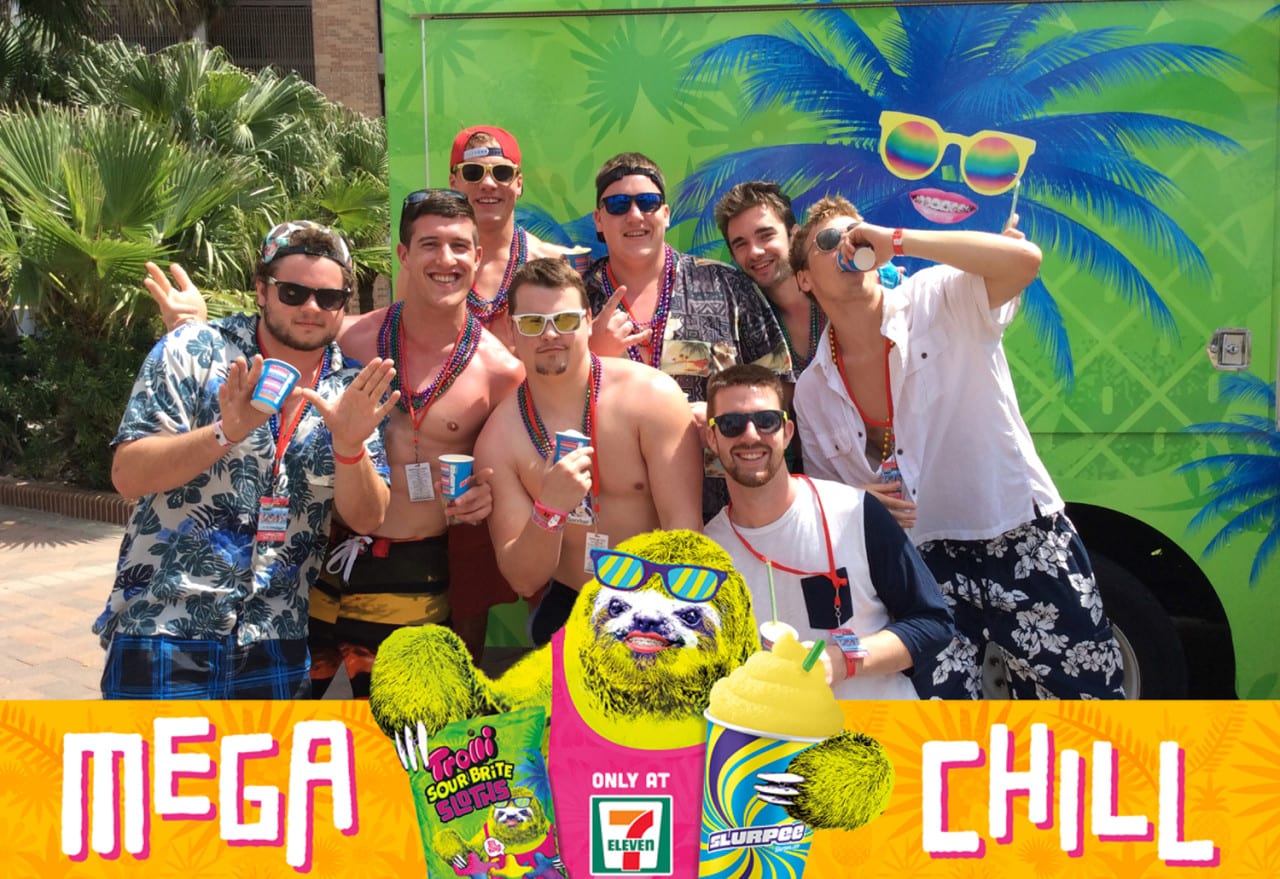 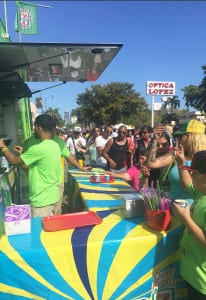 Attendees could snack on Slurpees and Sour Brite Sloths, get “mega chill” tattoos from brand ambassadors and take a selfie with a Weirdly Slothsome filter.

It doesn’t get much better than catching some rays on the beach, but “weirdly awesome” candy brand Trolli, from March 10-24, got spring breakers to swap sunbathing for sampling on its Weirdly Slothsome Slurpee Truck Tour. The multi-pronged activation strategy marked the launch of the brand’s Sour Brite Sloth gummies, along with the new Trolli-inspired pineapple lime Slurpee from 7-Eleven.

Trolli and 7-Eleven have teamed up in the past, but the Weirdly Slothsome campaign took the partnership to a new level, with both brands involved in the creative process from conception to execution. It all began with Trolli’s desire to provide its rabid fan base with a new product that aligned with its playful character. After research revealed that sloths are the number one animal mentioned by consumers on the brand’s social channels, the campaign began to take shape, and Trolli ran with it.

Following the creation of the Sour Brite Sloth gummies, Trolli and 7-Eleven promoted the new candy by offering pineapple lime (one of the flavors featured in the new product) Slurpees at 7-Eleven stores. To encourage consumers to try the bold flavor, the brands also dreamed up five quirky straw designs meant to make consuming the beverage more fun.

Next, Trolli teamed up with three social media influencers, including sloth-loving YouTube star FaZe Blaziken, to spread the word about the new Sour Brite and Slurpee products. Each person received an influencer kit including a sloth-shaped pillow, and created a quirky, sloth-inspired video to share with their followers in return. The strategy paid off big time. Following the release of the three videos, Trolli’s number of Instagram followers increased by 46 percent.

After generating plenty of buzz, Trolli and 7-Eleven finally headed south in a fleet of co-branded Slurpee trucks. Stopping at hot spring break destinations like South Padre Island and Daytona Beach, the brands activated the “super chill” tour (a nod to sloths’ laid back nature) with young consumers in mind. In addition to sampling free pineapple lime Slurpees through custom straws, attendees could snack on Sour Brite Sloths, get “mega chill” tattoos from brand ambassadors, take a selfie with a Weirdly Slothsome filter for sharing across social media and play outdoor games. The highlight of the tour for the brands? Hang time—and that’s not just in reference to the campaign’s sloth theme. According to the brands, consumers spent a considerable amount of time interacting with them thanks to a high level of engagement with the products.

“What’s neat about Trolli is we really do let the fan base lead us,” says Jill Manchester, svp-brand and marketing strategy at Ferrara Candy Company. “They think sloths are cool—and they are. So then [we said] let’s figure out how we can bring a weirdly awesome experience to a sloth. That’s a big thing that differentiates us. It’s not that Trolli means X and we’re only going to do this… the fans own the brand.” Agency: Periscope, Minneapolis, MN.