The National Park Foundation Plants a Pop-up Park in Seattle 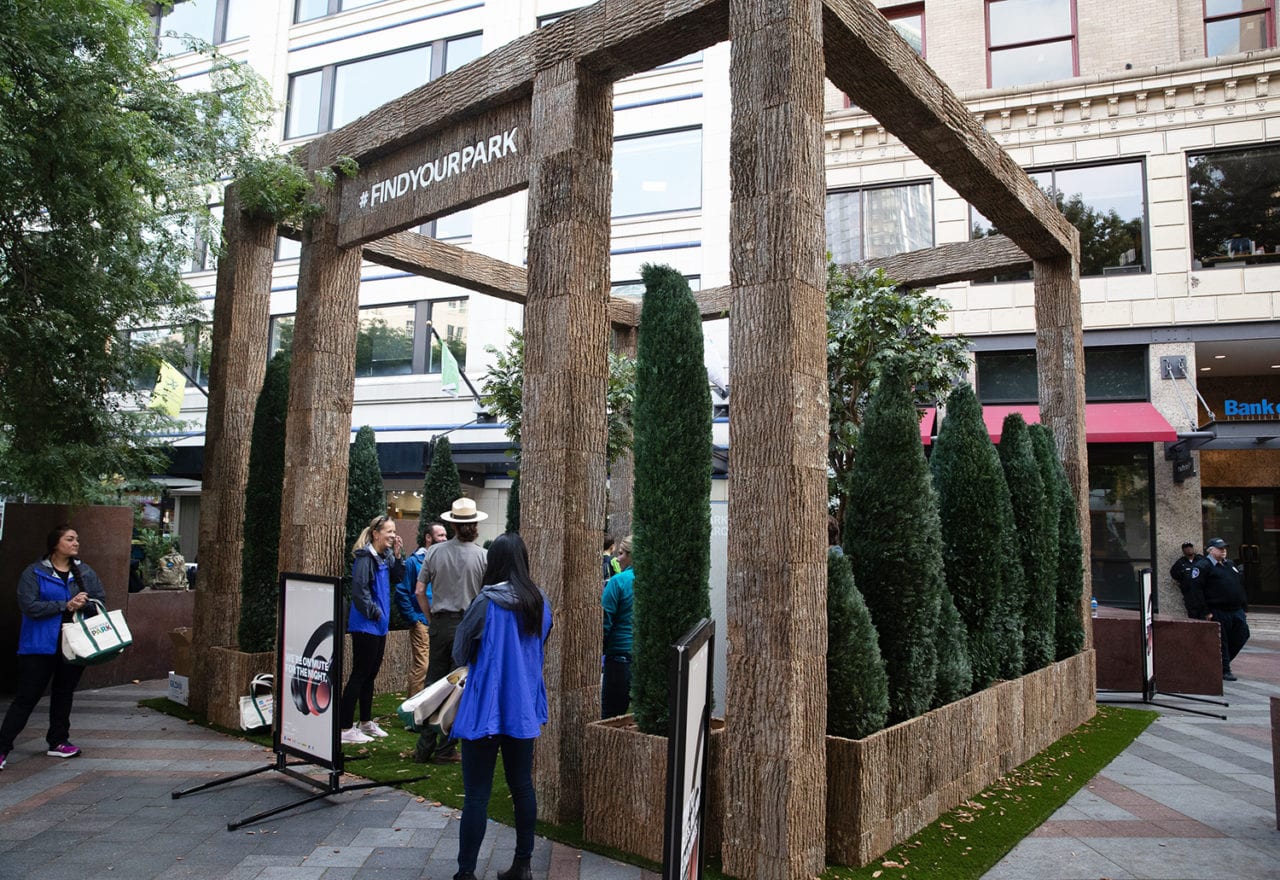 They say city life is no walk in the park, but that’s exactly what the National Park Foundation provided for Seattleites in an effort to boost interest in America’s array of national parks. The foundation, which serves as the official charity partner of the National Park Service, erected a multisensory pop-up park experience dubbed PARKTRACKS in downtown Seattle Aug. 24-25 to demonstrate the “power and serenity” of visiting one of the country’s 400-plus natural playgrounds.

At the core of the activation was an audio experience featuring custom noise-canceling headphones that aurally transported participants to parks around the U.S. with the sounds of rushing water, animals, rain storms and beyond. The soundtrack was generated from the National Park Service’s Natural Sounds and Night Skies Division’s extensive library of authentic park soundscapes.

Seattle residents and passersby were invited to listen to the symphony of natural sounds and escape the hustle and bustle of city life for a while inside a peaceful park environment featuring real trees and grass, the scent of pine trees and a faux rock wall. In addition to the 12-minute audio experience, which many attendees listened to all the way through, the activation included educational components. Like iPads offering information on western Washington’s national parks and directional signage pointing to their locations, along with the distance to each of them, to demonstrate how easy it is to access the parks. Brand ambassadors were also on hand to answer questions and further educate attendees.

As they exited the activation, participants, several of whom partook in the experience more than once, were offered an educational takeaway featuring more information about nearby national parks.

More than 5,000 consumers participated in the PARKTRACKS experience, including 400 who took the time to complete the audio engagement, ultimately helping generate more than 300 million earned and social media impressions.

“It was neat watching people’s reactions—they came in skeptical,” says Wade Osborne, senior director-marketing at the National Park Foundation. “But when they figured out what we were doing to bring this experience to life in the middle of the city and they put the headphones on, it was kind of a magical experience because it was transporting them from chaos in the city to serenity. You could actually see the expressions on their face where they disengaged from that chaotic experience, and see the smiles on their faces.” Agency: Grey, New York City.