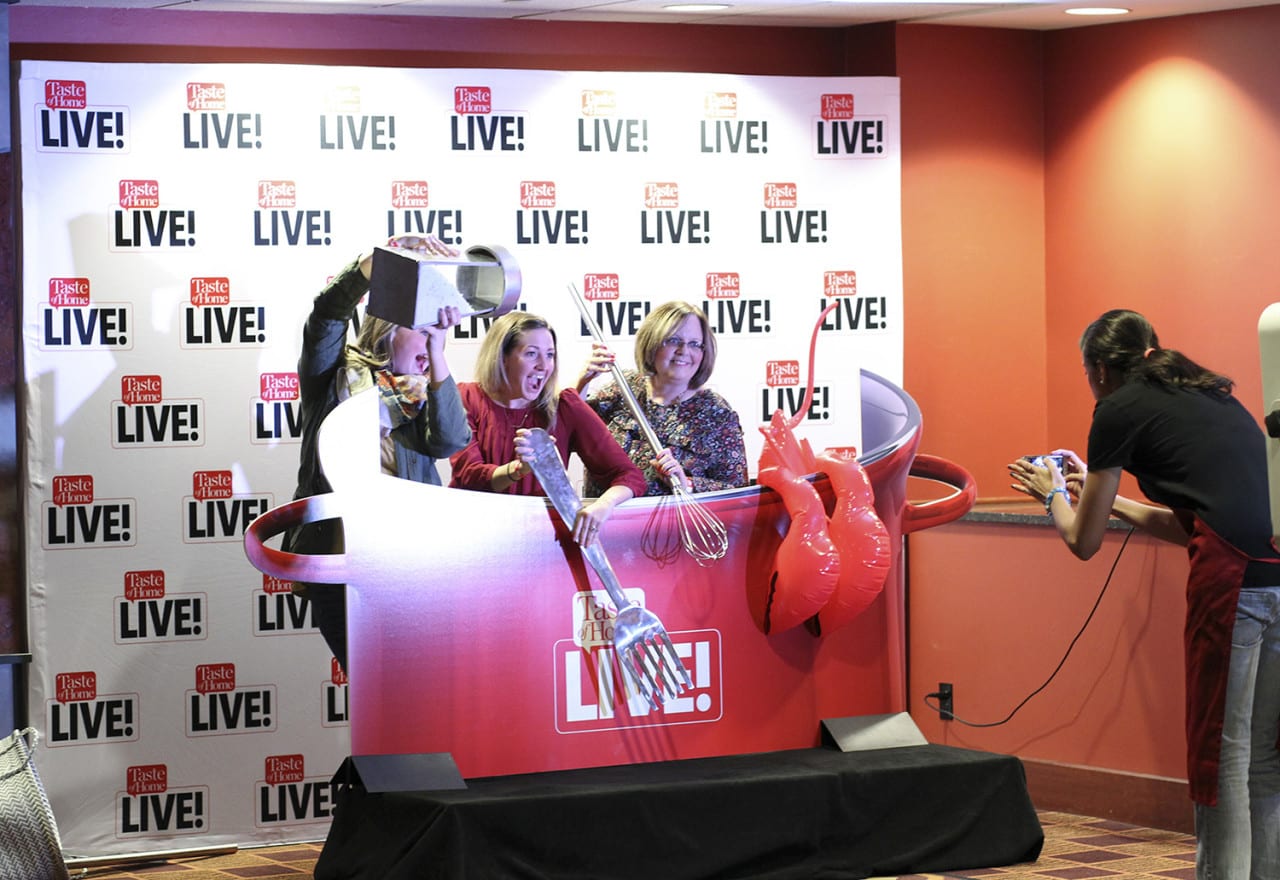 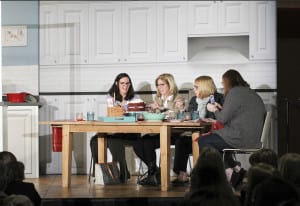 A handful of lucky attendees at each show were selected to sit at the chef’s table to experience the show up close and sample each recipe.

Taste of Home is renowned for its long-running Cooking School tour, but the publication took the concept to the next level this year with a reimagined experience dubbed Taste of Home LIVE. The culinary show, which wrapped May 13 in Atlanta, made its way to 10 markets, offering interactive cooking classes and a dash of organic networking. The program included several new elements to appeal to both advertisers and consumers, including working with a host of sponsors, and a push to engage with millennial moms.

Each show consisted of three segments—the pre-show cocktail hour, which offered libations at a cash bar and a chance to shop for cook books, gadgets and other gifts; the on-stage demos led by Taste of Home chefs; and an after party featuring a dessert dish prepared during the show. The live demos, of course, were the highlight of the experience, offering attendees creative kitchen hacks, decorating tricks, tablescape ideas and cooking tips as the chefs whipped up tasty meals on stage. Attendees could also engage in a real time Q&A session with the chefs as they cooked, adding an interactive element to the experience.

Social media was also incorporated into the program. During the cocktail hour, consumers were encouraged to post photos from the event on Facebook, Instagram or Twitter using #TOHLive. A handful of lucky attendees at each show were selected from a pool of the tagged posts to sit at the chef’s table during the cooking demo to experience the show up close, and sample each recipe that was prepared. Those that didn’t earn a spot at the chef’s table could still post to social media during the show for a chance to win prizes.

The social integration was part of a strategy aimed at creating stronger connections with millennials, particularly moms. Although Taste of Home has a large millennial audience, past cooking shows were mostly advertised in newspapers—a medium that doesn’t often reach the demo. To gather a more accurate representation of its core audience at each show, the publication leveraged social media and on-stage opportunities to draw in the coveted target.

The show’s sponsors, most of which serve as partners in Taste of Home’s test kitchen, included Eggland’s Best, Jones Dairy Farm, the National Honey Board and LT Foods’ Royal. Chefs leveraged each brands’ products during on-stage demos, lending an element of authenticity to the experience by offering a look at how Taste of Home and its partners work together to test recipes. In addition, iHeartMedia for the first time became the national media partner for the event series, dishing out tickets on the air and promoting the show on its social media channels and local market websites.

And to cap it all off, Taste of Home added a charitable element to the tour by supporting Feeding America. At each show, the brand hosted a food drive and donated 10 percent of its total merchandise sales to the charity.

“We’re a unique brand because our readers create our content,” says Donna Lindskog, publisher at Taste of Home. “They drive trends; they drive what it is that we talk about. The truth of the matter is they love any opportunity to interact with each other, and these Taste of Home LIVE events allow them to do that on a regular basis. They can come and interact with fans of the brand and culinary experts and really see the brand itself come to life.” Agency: Fusion, St. Louis, MO. 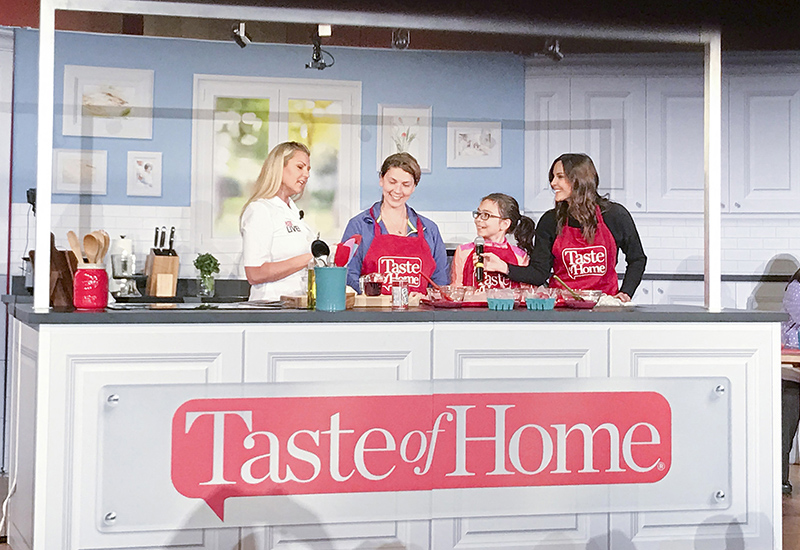