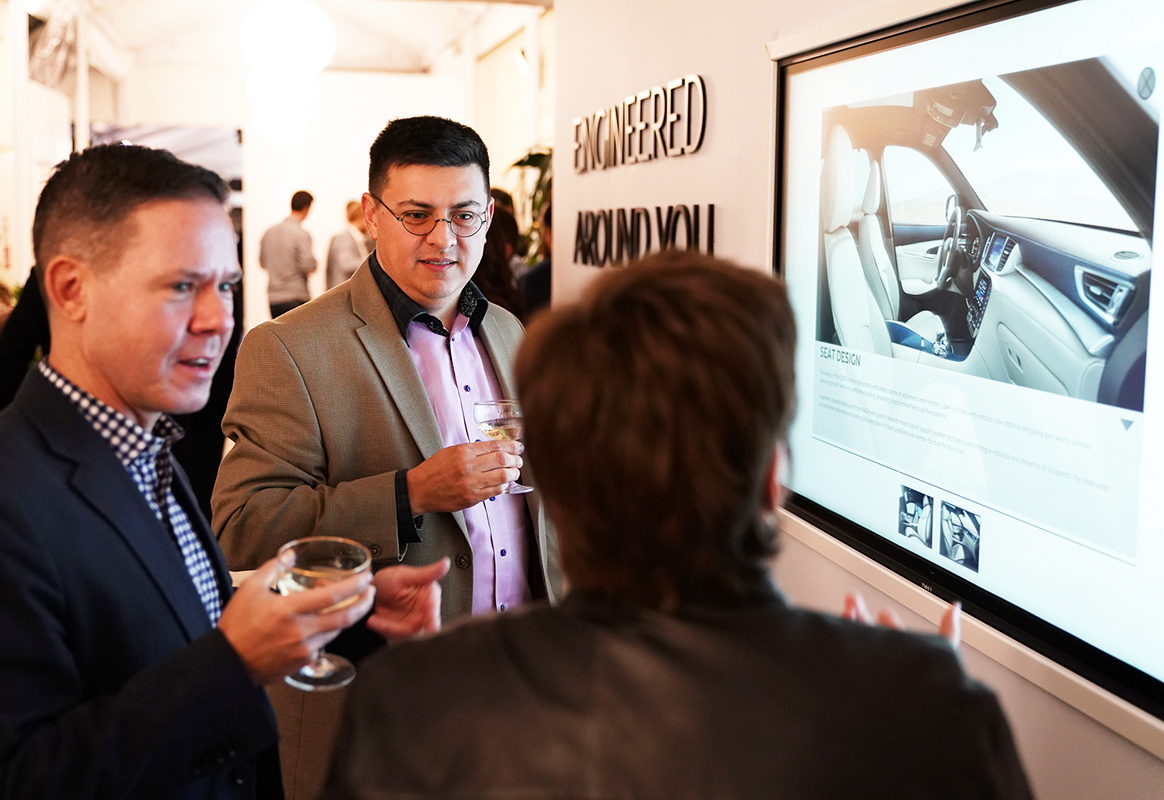 In the automotive industry, launch events often include the media, of course, a ride and drive and a luxury hotel. For the global launch of the Infiniti QX50, the auto brand took this traditional industry affair a step further with additional audiences, the use of unexpected venues, excursions, wellness options and an auto show-style activation.

Through the multi-faceted program, which took place in two-day waves, Jan. 22 to Feb. 16, the brand engaged global automotive media, dealers and social media influencers, while driving a cohesive story about the vehicle—its place in the luxury automotive category, its innovative technology and the lifestyles of its consumers.

“The core of the event was the QX50, it’s a very important new car, and we needed to tell a story about this car but in different ways for the different audiences,” says Kyle Bazemore, director of communications for Infiniti Americas. “Even though this was one event, it was designed to be one event for everybody and it became something entirely different based on the individual audience and region they were from.”

Here’s a step-by-step look at how Infiniti activated the launch event.

Infiniti took over the La Peer Hotel in West Hollywood for the event, a boutique upscale hotel that had not yet opened to the public at the time. Waves of journalists staying for the two nights were picked up from LAX in an Infiniti vehicle and shuttled to the hotel to check in and have cocktails before the formal presentation that evening kicking off the experience.

For the opening presentation, guests headed up to the rooftop terrace at the La Peer, where an Infiniti QX50 was on display (hoisted into the space by crane). The footprint included interactive displays as well as a stage, seating and large LED screen. Infiniti executives offered sales updates, retailer updates, future product previews and an open Q&A. Through the exhibits, attendees learned about the brand’s technological innovations and variable compression ratio. A timeline explained how Infiniti has been developing the technology for two decades, while the lead engineer on the variable compression ratio was on-hand for deep dives and one-on-one conversation. A formal dinner concluded the evening.

On Day Two, attendees enjoyed breakfast at the hotel and a debriefing before they were paired up and hopped into vehicles to drive that day. The journalists were given a suggested itinerary with pit stops, places for refreshments and bathroom breaks along a several-hour route on the Pacific Coast Highway. The midway point was lunch at the famed Nobu Malibu, overlooking the ocean. Influencers were supplied suggested routes that included local stops at museums and other attractions. Their program also included activities like yoga on the terrace. “For the influencers, instead of doing a complete ride and drive, we offered these stops along the way and activities involving the car that allowed them to experience the car in normal, everyday situations,” Bazemore says. “So, we wanted to tell that story as well.”

After their day behind the wheel, attendees returned to the hotel for a two-hour break before the evening festivities.

The program concluded with shuttle rides in Infiniti vehicles to a private villa in the Hollywood Hills for the finale dinner, which was a California-style BBQ dinner next to…appropriately… an infinity pool overlooking downtown L.A. Agency: Match Marketing Group, Boulder, CO.

• We Have Liftoff: Eight Ways to Master a Launch Event