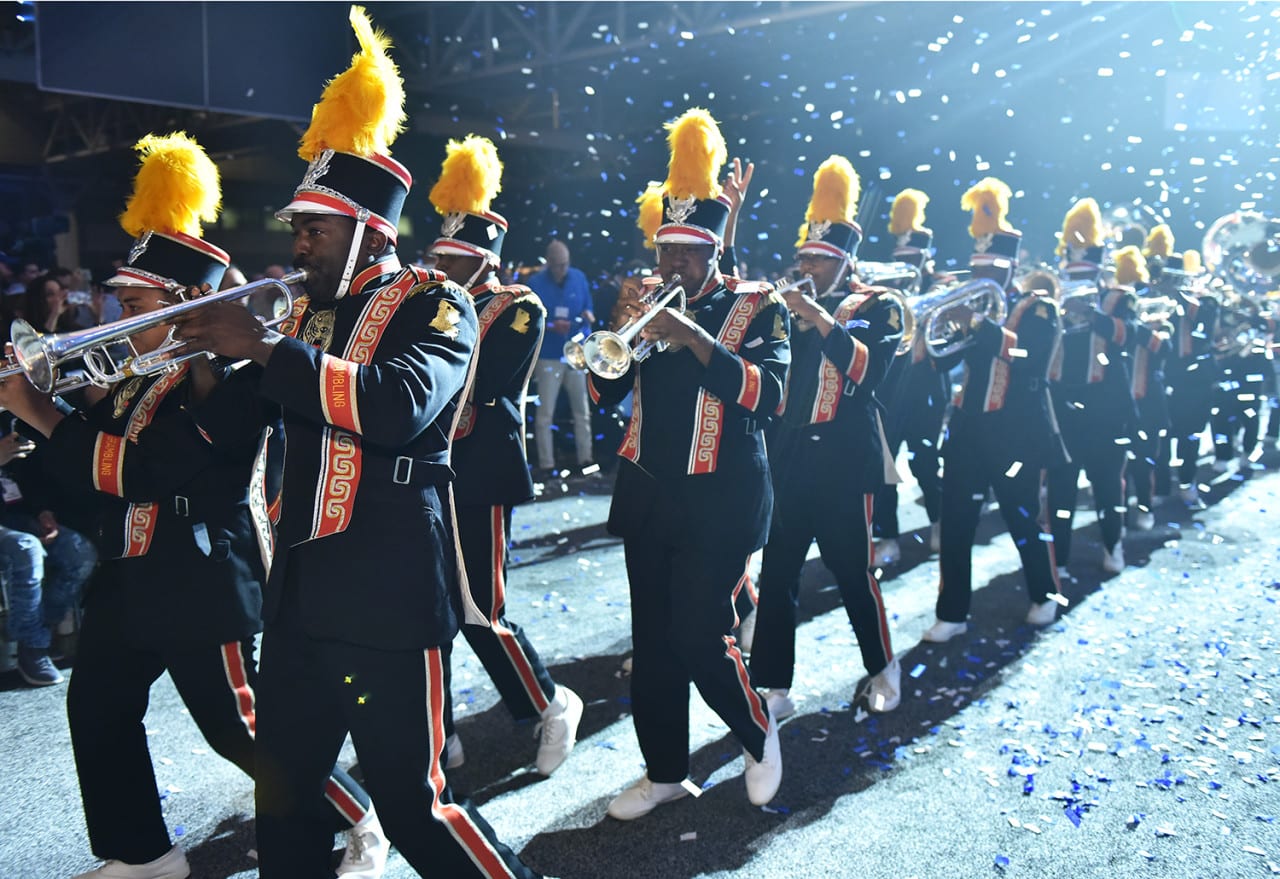 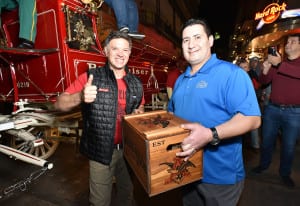 Each year, Anheuser-Busch InBev (AB InBev) dedicates three days to showcasing its strategy for the year ahead, raising a glass to the past year’s successes and energizing the thousands of employees and wholesaler partners in attendance around the future of its brands.

It’s an event that has traditionally been infused with experiential elements, but this year’s Sales and Marketing Communication Meeting (SAMCOM) was more immersive and interactive than ever before. Pivoting from its “Working Together, Winning Together” platform to “Leading Future Growth,” the brewer was on a mission to inspire attendees to help return growth not only to its own portfolio, but also to the beer industry at large. Here’s a look at three ways AB InBev leveraged experiential to transform what could have been a typical sales conference into a memorable experience.

This year’s SAMCOM (Jan 21-23) took place in New Orleans, a setting befitting of the world’s largest brewer thanks to Louisiana’s lax open container regulations and the city’s festive atmosphere. AB InBev took advantage of its surroundings by producing a lively welcoming parade for its employees and wholesalers smack dab in the middle of Bourbon St. There, the brand kicked off its three-day event by hosting bar takeovers and assigning each one a region, mimicking its U.S. sales strategy. Attendees were given access to exclusive balconies, drink specials and merchandise. The highlight of the evening? A special beer delivery from the famous Budweiser Clydesdales and top AB InBev executives riding along in a branded carriage. Talk about a welcoming committee.

AB InBev executives, along with vice presidents of brands within its portfolio, took the stage at the SAMCOM general session to reveal their 2018 campaigns for a 5,000-person audience. But this was no ordinary briefing. Presentation elements included a fog screen, custom sound and lighting, surprise celebrity appearances from the likes of Siena Miller and Jeff Luhnow; a Q&A with pro athletes like retired soccer star Alexi Lalas; a live music performance by Skylar Grey; the Budweiser Clydesdales (yes, in the flesh); and a full fledged big band, which performed down the aisles. As if that weren’t enough to energize attendees, AB InBev also distributed a beer to every single person in the audience—twice.

The general session experience in and of itself was impressive, but get this: Two months before SAMCOM took place, AB InBev’s executive leadership changed. That translated to a new vision around what the event should entail, meaning the events team had to start planning from scratch. The new goal was to seamlessly (and quickly) blend the concepts behind the brand’s former “Working Together, Winning Together” platform and its new “Leading Future Growth” initiative.

“A big part of our business is getting that feeling of partnership and ‘we’re in this together,’” says Tony Tallo, senior director-wholesaler services and communications at Anheuser-Busch. “So it was critical that our new management came off to the wholesalers in that general session as people who were interested in the overall approach that we had been pushing the last couple years because we wanted continuity.”

Attendee surveys revealed the effort was a success, with the brand scoring higher ratings in all categories compared to the last two SAMCOM events. 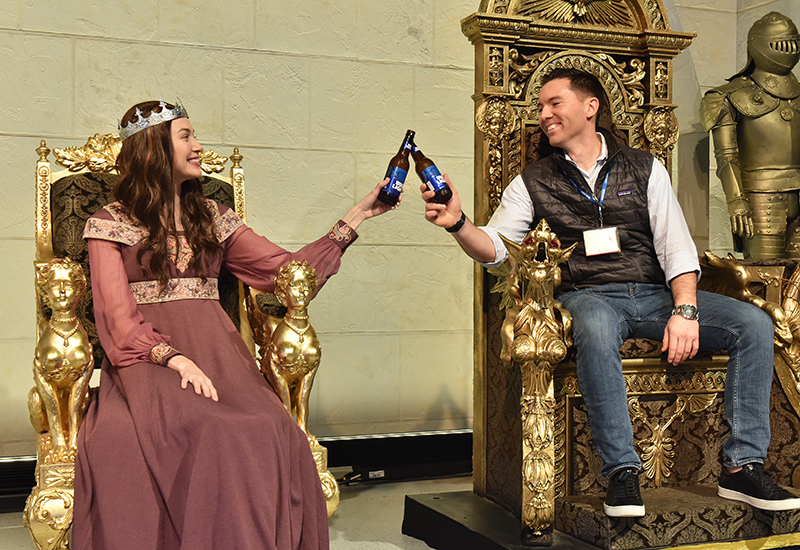 Bud Light World featured a shareable moment with the king and queen from the brand’s Dilly Dilly campaign.

To bring its 2018 goals to life in a tangible, engaging way, AB InBev created an immersion zone that functioned like a trade show, showcasing an array of brands from its portfolio. Each one created its own on-brand activation for attendees to explore. Like “Bud Light Brand World,” which took place in a replica castle setting and featured the king and queen and the “Pit of Misery” from the brand’s recent Dilly Dilly campaign, as well as thrones for photo ops, a museum of Bud Light history, a dive bar replica and dueling pianos.

“It was tactile. They could feel it and be a part of it, and that helps us when we’re trying to say, ‘OK, we want you to go out and build these displays. Here’s a cardboard castle, go crazy,’” says Tallo.

Other brands in the 230,000-plus-square-foot space offered engagements like live music performances, VR experiences, celebrity appearances and photo ops, an immersive video tunnel, multisensory sampling, tons of free swag, a 20-foot-tall pint glass installation, creative packaging displays and games like Skee-Ball golf. There were also, of course, bar setups for each brand, and the opportunity to try brews yet to hit the market.