How Brands Delivered Pride Campaigns Amid the Pandemic – Event Marketer 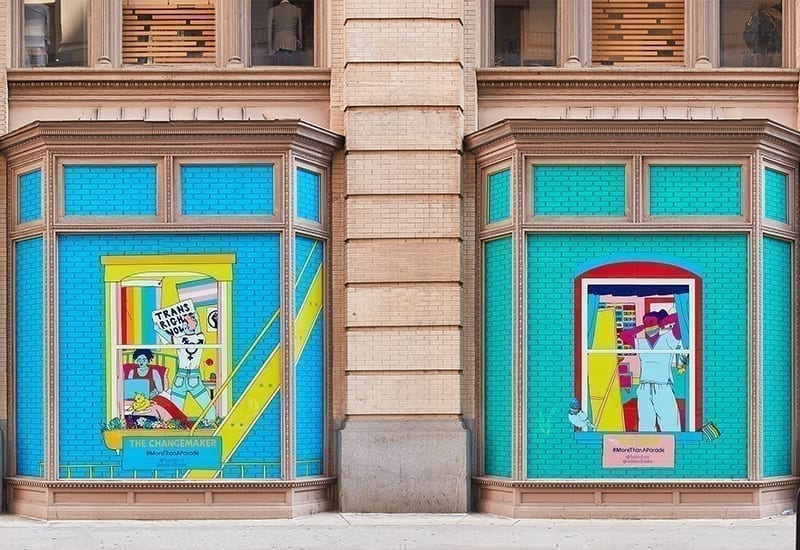 How Brands Delivered Pride Campaigns Amid the Pandemic

In 2019, Pride Month was brimming with sponsorship activations, installations, education and revelry. But all was quiet on the experiential front during June this year. Call it a sign of the times. With parades and other in-person Pride events and experiences canceled in the wake of COVID-19, brands had little room to deliver meaningful campaigns. But that’s not to say some companies didn’t find a way to make an impact. Here, we offer up three Pride programs that made the grade.

Unable to be at the center of in-person celebrations during Pride Month, Truly Hard Seltzer for the month of June launched Truly Proud, a content series featuring 16 stories of influencers in the LGBTQ+ community that highlighted the issue of workplace discrimination—one story for each of its 16 flavors. In addition, Truly donated $100,000 to GLAAD.

To help celebrate the 50th anniversary of the New York City Pride Parade, the brand took over a Times Square billboard highlighting consumers celebrating Pride at home. Consumers were invited to share their photos with @Truly on social media and tag them with #TrulyPride for the chance to be featured 200 feet in the air on the screen throughout June.

In a COVID-free world, the LGBTQ+ community would have celebrated the 50th anniversary of the New York City Pride Parade with events across the Big Apple. But like everyone else, organizers had to pivot this year’s festivities into a virtual experience. That didn’t stop menswear brand Bonobos, however, from marking the occasion with real-world elements for its #MoreThanAParade campaign. To underscore the message that Pride is more than a month and more than a parade, the brand tapped in-house designer and LGBTQ+ community member Adam Dalton Blake to transform the exterior windows of its Manhattan flagship into a mural depicting the LGBTQ+ community celebrating Pride from home. The mural, which sits along the NYC Pride Parade route, was designed to highlight the fact that Pride isn’t dependent on a physical parade, but is instead a spirit and mindset. It will be on display through July.

In addition to the mural, Bonobos continued its long-standing partnership with Callen-Lorde, an organization that provides sensitive, quality healthcare and related services targeted to New York’s LGBTQ+ communities. The brand additionally launched a Pride capsule collection designed by Blake.

The second annual Pride Summit, put on by Billboard and The Hollywood Reporter, went digital this year to celebrate the influence of the LGBTQ+ community across music, media and entertainment. The free June 13 event featured performances by artists that ranged from Billy Porter to Cindy Lauper, conversations with LGBTQ+ artists making an impact in the media space, and for the first time, a virtual Pride Prom. The prom experience included a drag performance contest and the crowning of the Pride Queen, along with performances by top artists, and an interactive dj set. In the lead-up to the prom, consumers could participate in tutorials from top makeup, hair and fashion stylists. The Summit was part of a month-long series of pride celebrations, which included expansive, multi-platform content throughout June from both publications.

More From the Pride Archives: