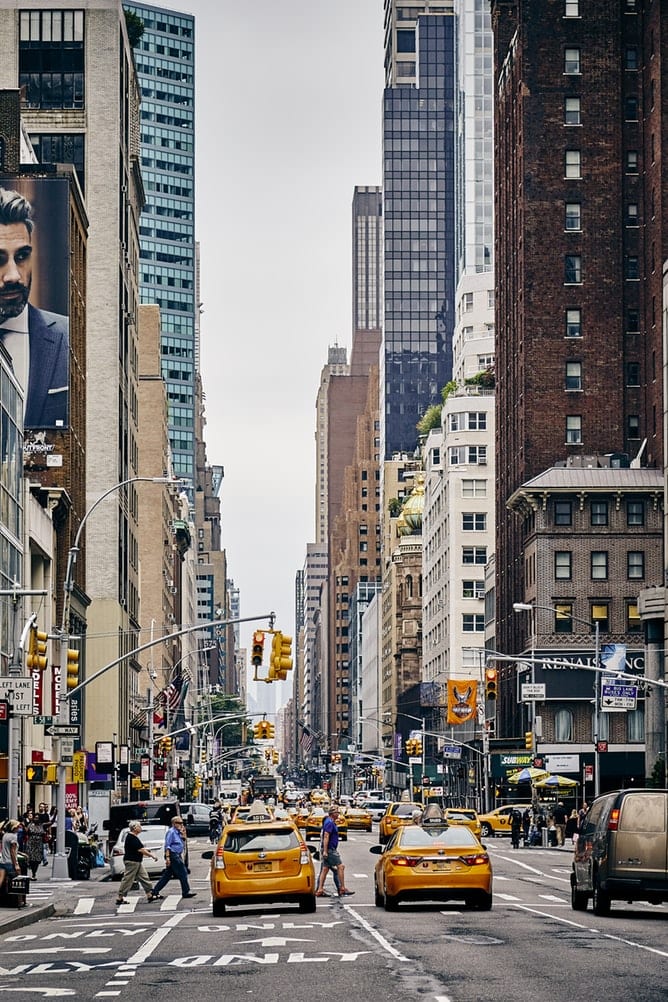 Digital signage—you know those high-def plasma screens electronic billboards and scrolling messages you see in your favorite restaurants stores and outdoor spaces—are more than glorified TVs. Passersby in Toronto earlier this year were stopped in their tracks on the city streets by digital images and special effects animating the windows of Hudson Bay Company’s flagship store. A Venus Breeze razor promotion last summer captured women’s real-time images as they walked past and magically projected them onto a dynamic interactive display. Both utilized GestureTek camera-based technology to track and display users’ movements on a display screen.

But these are just two recent examples of how digital signage is changing the marketing landscape. Controlled electronically via a computer or other device dynamic digital displays can be changed frequently adapting to the needs of the target audience or the environment. “Today text or static artwork is rarely suitable to attract audiences or even to communicate except at low levels ” says Mike Zmuda director of business development at NEC Display Solutions. Digital signage on the other hand offers a “clean palette that can be changed at a moment’s notice to present the desired message to the target audience ” Zmuda says. “The message can be video-based and bilingual as well as closed captioned. It can take into account the various demographic changes that may take place throughout the day and tailor the message accordingly. For example a message can target retirees during the earlier part of the day parents later in the day and singles at night. No other medium can provide this type of focus for the out-of-home audience.”

And it can be as simple or complex as you need it to be. “There’s so much that can be done from something as simple as putting a memory stick with photos into a monitor all the way up to dynamic content where you have multiple zones within one display where one zone is showing an image another zone may be showing the temperature and at the bottom a stock ticker for example ” says Eric Christoffersen president and ceo at a/v design firm Rethink Innovations. “There are many possibilities.” Here are four ways digital signage has upped the ante for marketers:

Digital signage accentuates a New York theme in the 4 000 square-foot GE Monogram Design Center in midtown Manhattan. Six large NEC 46-inch MultiSync monitors on a structural column in the reception area give the space a Times Square-like feel. Dynamic food visuals such as a steak being sliced or a raspberry falling into a glass of champagne run on a two-minute continuous loop on the screens. “The thin bezel display doesn’t take away from the main attraction of the GE appliances and still gives them the desired effect ” says Rethink’s Christoffersen who designed the space.

Two other NEC MultiSync monitors including one on a flip-down display adorn the working kitchen which seats approximately 50 people ensuring that the cooking action is seen and heard by audiences who come to cooking shows at the center. A third NEC MultiSync monitor was installed in the conference room for presentations and meetings. “Digital signage adds a little life to the space ” says Paula Cecere manager for the Design Center. “The beautiful video adds energy and a dynamic quality to our showroom.”

At last year’s Consumer Electronics Show in Las Vegas Panasonic used digital signage to stand out in a sea of electronic gadgetry. Flat screen TVs measuring up to 32-inches touted model numbers and features of the cutting-edge products on display at its booth. “We’ve started using flat screen TVs with digital content to replace the hard copy graphics we used to produce for a trade show ” says Terry Shorrock group manager for trade shows and exhibitions at Panasonic. “We were creating these hard boards that had to be printed and shipped and if they were inaccurate they had to be reprinted and reshipped so we are gradually moving toward producing all of our product graphics using digital signage.” SD slots in the TVs accommodate postage stamp-sized memory cards that hold up to 32 gigabytes of information. Product groups inlay product-specific information on graphic templates on the cards. “We can make instantaneous and last-minute changes to the graphic content without incurring costs and the information is displayed very nicely ” Shorrock says.

For broad “Living in High Definition” brand statements and messaging at CES however Panasonic lit up the world’s largest plasma HDTV—a 150-inch screen that it will bring to market in 2010—with pictures and videos to highlight its features and fine resolution. Elsewhere in the booth a “digital hearth” or “life wall” offered up Panasonic’s vision of an interactive changeable flat panel TV wall where family and friends can gather and communicate. A virtual jazz café in an enclosed round theater turned plasmas literally on their sides as music and images from a five-person Blu-Ray jazz band filled the air. Xperience Communications New York handled.

Elsewhere in Las Vegas the Hawaiian Tropic Zone served up digital excitement along with the drinks in its restaurant and lounge via a 12-foot high by 60-foot wide video wall consisting of 36 63-inch Samsung high-definition monitors spanning the length of the bar and the catwalk stage above it.

“You can have 36 individual pictures or pieces of information going on or create blocks of information by putting four of the screens together or keep going even larger ” says Steven Rosstad vp operations at US Communications which installed the wall. “One section of the sign may show a sporting event while another section shows scenes of Hawaii.” During “club nights ” digital graphics capture the pulse of the music. Remote wireless cameras enable guests to see the action on the dance floor up on the big screen. Outsiders can click on the website and watch via a link into the system. At other times the wall can become one solid color for a dynamic backdrop to a fashion show.

Digital signage also revs up the Harley buyers at the High Desert Harley-Davidson store in Meridian ID where 25 LG Electronics plasma displays appear in a range of sizes behind the reception desk above cash registers in the design managers’ area above the parts wall and on the H.O.G. (Harley Owners Group) wall. Nine flat panel 50-inch LG monitors form the illusion of a curved video wall that displays one large image at all times for Buell cycle fans. The customer lounge has a 60-inch display above the fireplace where customers can rest in black leather chairs and watch sporting events.

But like the Harleys themselves here digital goes beyond the expected—there are 20-inch LCD displays above the urinals in the men’s restroom as well. “It’s like a Disneyland for Harley owners ” says Joe Colley project manager at AAtronics Boise ID which designed and installed the system. “It sets a totally different atmosphere than you would have in past years associated Harley-Davidson with. The company is trying to reach out to young men old men women people of all ages and introduce them to a lifestyle.”  Digital signage is a big part of bringing that lifestyle to life.  EM.