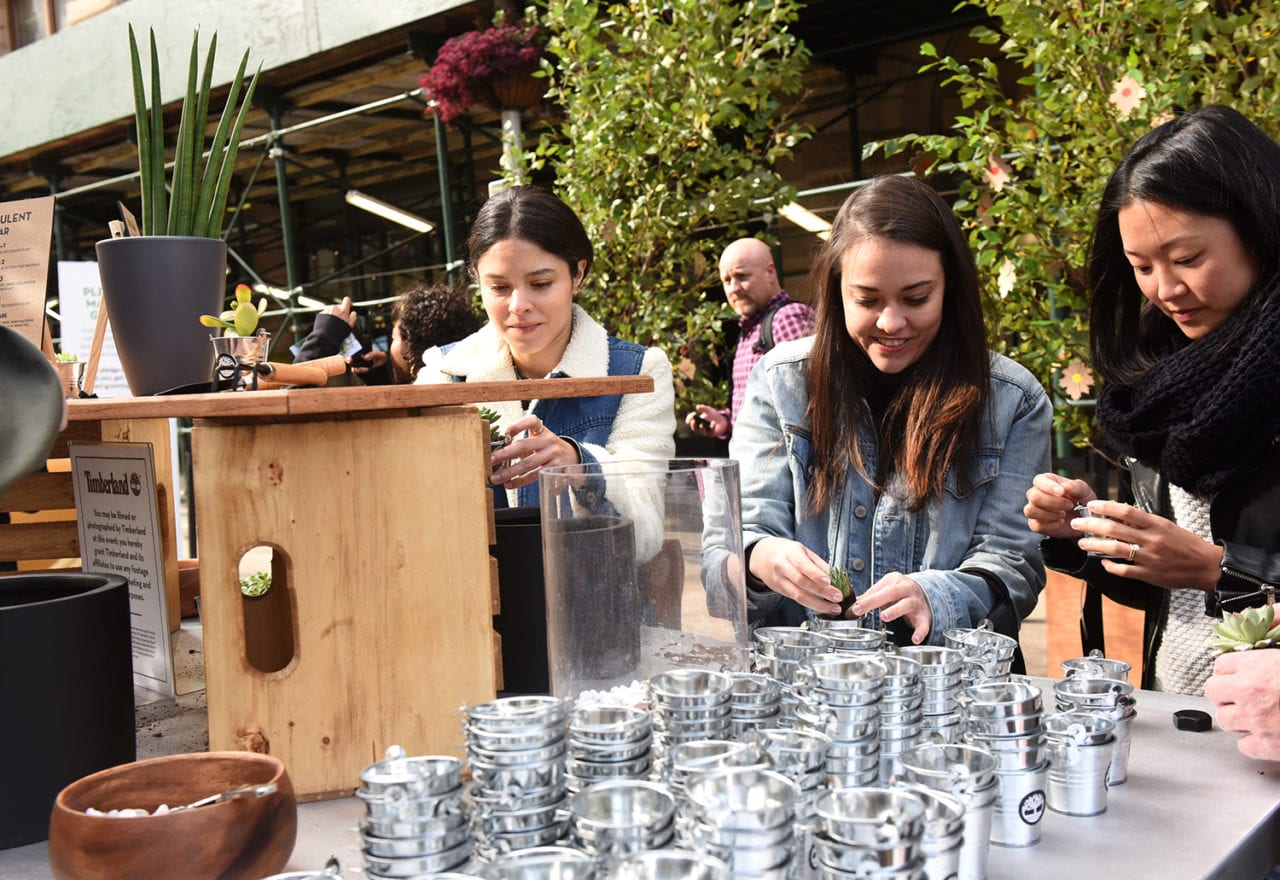 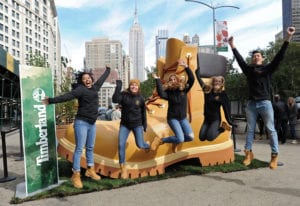 The pop-up featured a 13-foot replica of the brand’s iconic yellow work boot.

Timberland put its boot stamp on urban greening the week of Oct. 15. The footwear and apparel company launched three events around its “Born in the woods. Raised in the City,” fall campaign, including a pop-up park in New York City’s Flatiron district, an urban greening project in East Harlem and a concept store on Fifth Avenue featuring living, green design elements celebrating nature in the city.

“Experiential marketing allows us to have that one-to-one connection with our consumer and see how they’re responding to our messages,” says Dana Gierka, marketing manager for Timberland. “You only get so much when you’re putting a billboard up. You don’t get that back and forth. Seeing people’s faces and seeing how they’re responding to our message has been so huge.”

The events kicked off with the pop-up park on Oct. 16, which featured a 13-foot replica of the brand’s iconic yellow work boot, as well as grass, wooden park benches and a living birch tree. The following day the brand transported the park to the Manhattan Center for Science and Mathematics in East Harlem for an urban greening project which entailed restoring a rooftop greenhouse with a living roof, an outdoor classroom and gathering space.

The series wrapped with an event on Oct. 18 at the brand’s new Fifth Avenue pop-up concept store. Supporting the overall campaign message of celebrating nature in the city and embracing the outdoors, the store features live birch trees, terrariums, a living green wall and a digital rain room. A dj and prize giveaways—from Timberland watches to sunglasses to boots—populated the store for the day. The space itself will be open through January.

Consumers visiting the pop-up park engaged with the brand by making one of five eco-pledges to “Make NYC Greener,” from using a refillable water bottle to skipping plastic straws to creating a community garden. After choosing a pledge, consumers received a paper leaf cutout to hang on the actual birch tree. The back of the cutout listed a prize, from a reusable tote bag that also offered a lifelong 10 percent discount to a boot-shaped charger to a Timberland camping mug. Post pledge, consumers were invited to create their own potted succulents at a do-it-yourself plant station.

“We’re hoping by the end of the day that we can say X amount of people are going to give up plastic straws and then the impact of that is X fold,” Gierka says. “Throughout this week we’re trying to bring greenery to the city in a way that helps benefit the community… Whatever we do we want to leave a better footprint behind.” Agency: Allegory, New York City.