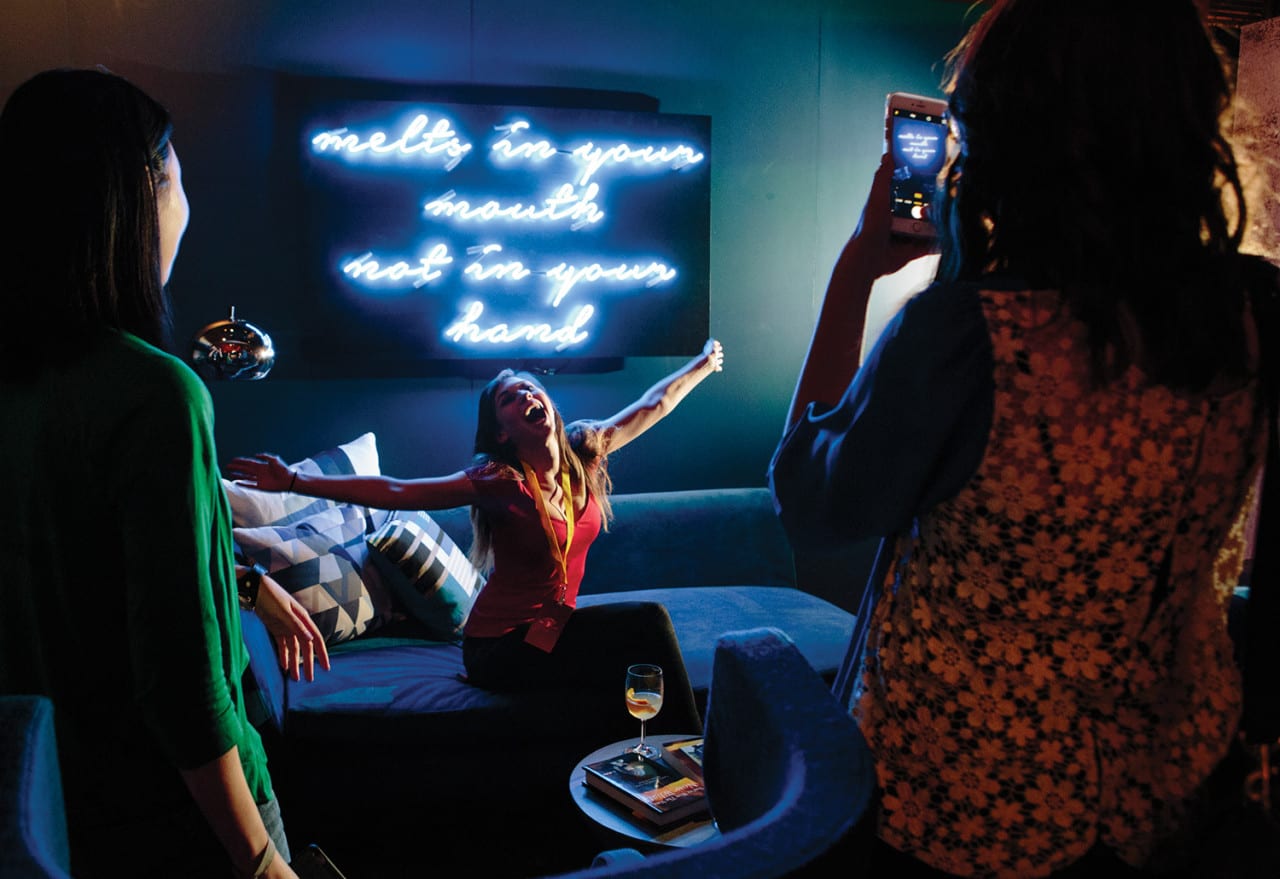 Consumers have gotten to know the colorful personalities of the M&M’s thanks to memorable advertising and marketing efforts over the last 75-plus years. So for the launch of a yearlong anniversary campaign, Mars activated a multisensory experience that allowed attendees to get up close and personal with the candies.

Held at The Altman Building in New York City, the experience featured six “apartments” carefully designed to represent each character. There was also live music and of course, copious amounts of M&M’s thanks to a candy store-like dispensary that offered new colors for attendees to vote on (and bag up). 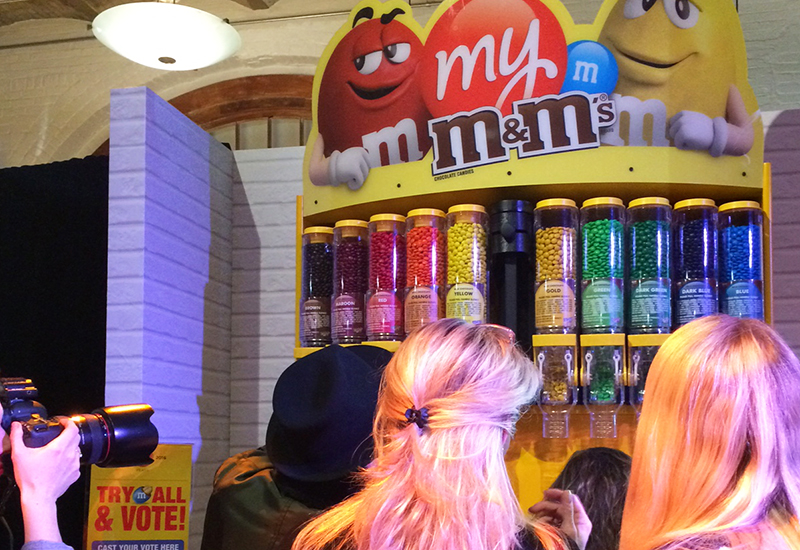 The experience featured copious amounts of M&M’s thanks to a candy store-like dispensary that offered new colors for attendees to vote on.

Attendees walked a red carpet entrance, checked in and received badges color-coded for each M&M. There were passed hors d’oeuvres, and a wall of artisanal grilled cheese bites and soup shots to pair them with, in addition to a full bar with signature cocktails inspired by the M&M’s. Kiosks dotted the center of the open floor outfitted with headphones, a tablet and an augmented-reality based audio experience. Attendees could shuffle actual M&M’s into different boxes on the surface to create and mix their very own take on “The Candy Man” song by Sammy Davis Jr., used in vintage M&M’s advertising spots and part of Mars’ 75th anniversary campaign.

From there, attendees meandered through the different apartments while a dj spun beats from a stage overlooking the main space. A few highlights: Green’s room, that matched her “flirty” personality with mirrored pieces, a makeup vanity with green lipstick and shelving displaying her signature white boots; Yellow’s fun-loving ball pit and GIF booth (for attendees to snap and share), and NASCAR gear to represent M&M’s partnership with driver Kyle Busch; Orange’s paranoia-infused space (his launch in 1999 came with “The Feeding Frenzy Has Begun” messaging) with a wall of disguises and live surveillance footage; Blue’s bachelor pad with its cityscape window, blue velvet couch and chalkboard Ping-Pong table; and Brown’s sophisticated office with her framed M. Brown University diploma.

Each space featured items that paid homage to iconic M&M’s campaigns—for instance, Green’s room featured a Lady Liberty statue that represented the 2007 stunt where Ms. Green as Lady Liberty floated down the Hudson River. Brown’s room included a script that brought to life the real-life rumor surrounding a Van Halen tour contract that stipulated all brown M&M’s were to be removed from their dressing room. Red’s room featured a vintage ad showing M&M’s history as a product created for World War II soldiers’ MREs (these and other images were pulled from an official M&M’s archive). 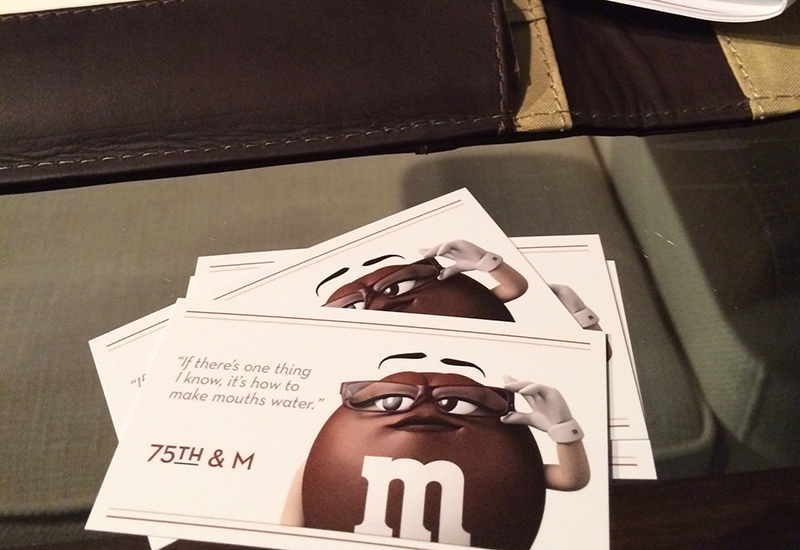 The event culminated with a live performance by Zedd and Aloe Blacc, who collaborated on a remake of “The Candy Man” called “Candyman,” which has amassed more than 10 million views online. There were appearances by Lance Bass of NSYNC fame and Kelly Bensimon of Bravo TV’s “The Real Housewives of New York City,” to boot.

“All year long, we’ll continue to celebrate with our fans through star-studded events, exciting new products and iconic collaborations that make our fans smile and will cement M&M’s place in pop culture history,” Berta de Pablos-Barbier, vp-marketing at Mars Chocolate North America, wrote in a statement.