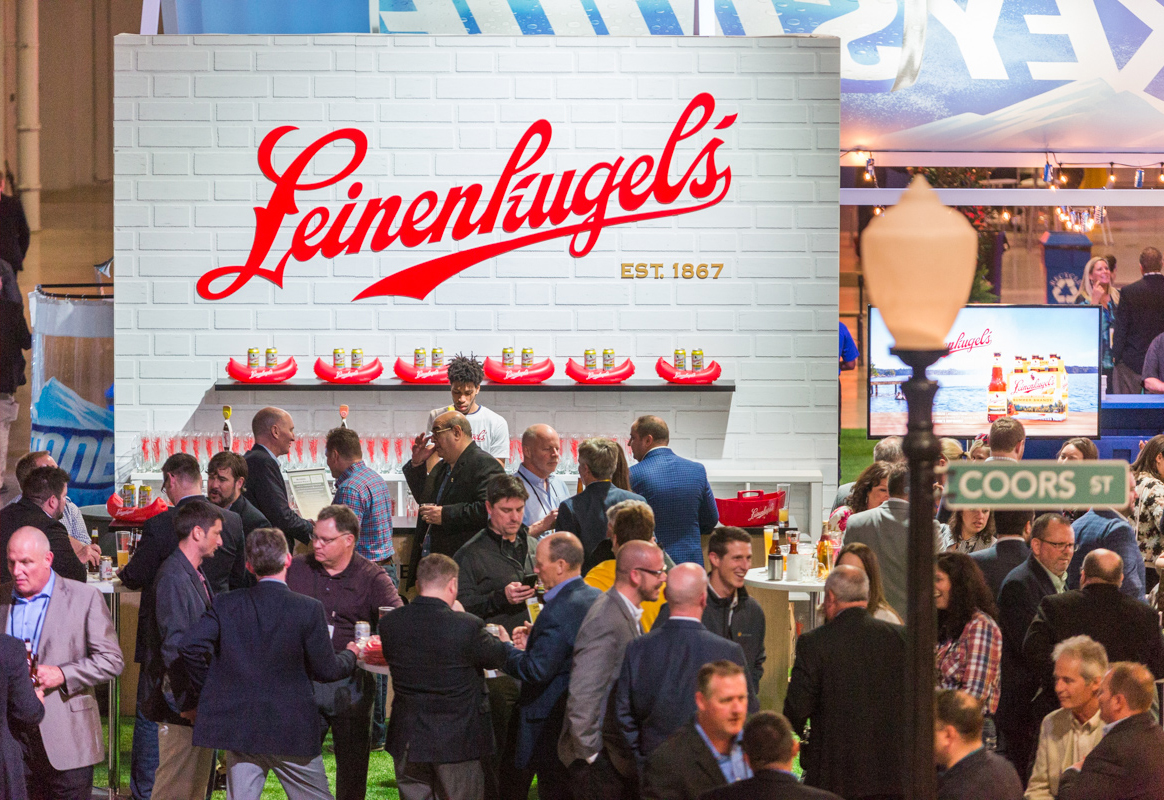 How MillerCoors Transformed a Reception into a Brand Immersion for Distributors 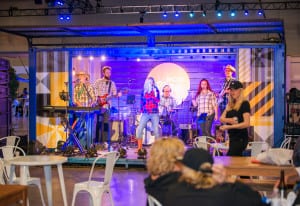 The event included custom booths, activations and entertainment for each MillerCoors brand.

The reception at MillerCoors’ Distributor National Convention has taken many shapes over the years—unfolding indoors in ballrooms and outdoors along streetscapes. The evening event is intended to feel like a networking party for the more than 3,000 folks in attendance with the intention to highlight all of the brands and messaging presented during the day’s general sessions and breakouts. For the convention, this year in Austin, March 27-29, MillerCoors took over a space in the Austin Convention Center for one night and transformed it into a lively simulation of Austin’s famed Rainey Street, flanked by custom booths, activations and entertainment for each of the 22 MillerCoors brands.

Some of those activations included:

The Miller Family (Miller Lite and High Life), which offered a look at the family of Miller brands and paid homage to the brewer’s legacy. Highlights included a Heritage Bar, which captured the vintage look and feel of a bar from 1855, the year Miller Brewing Company was founded; POS displays that distributors could elect to use in market; the Blender Band, a local music group that performed live; and never-before-seen Miller-branded merchandise made just for the distributors conference.

The Coors Light experience took a cue from the beer’s tagline “Climb On” with booth décor that mimicked a mountain setting and displayed motivational messaging. It included an elevated patio that provided a full view of the brand showcase, new brand imagery displayed in acrylic frames, Coors-branded Yeti Colster giveaways, and a large LED wall showcasing their newest advertisements.

For Zima, the brand highlighted its cultural roots with a tongue-in-cheek design inspired by friends hanging out in a basement. The design included ’90s-style rec room furnishings like a futon, bean bags, TV console, bar and stools and a patterned rug. Magic Eye posters covered the walls and Jurassic Park played on a retro TV. Other time stamp décor included lava lamps, disco balls, Slinkies and boom boxes.

And for Hamm’s, a little taste of American history, with vintage-inspired décor, restroom stickers, coasters, posters and tin and neon signs, ’60s- and ’70s-era commercials playing on the bar’s screen, old-school swag with historical roots like work shirts, calendars and buttons, as well as hats and Koozies.

“With the distributors conference there are a lot of general sessions and meeting time in the rooms, so what we want to do is reinforce what they’re hearing from the stage and get them to really immerse themselves in what all those brands are doing,” says Lisa Zimmer, beer culture and community manager at MillerCoors. “It’s also an opportunity for attendees to network. A lot of distributors work in kind of parallel universes, so they like seeing each other. And, ultimately, it’s creating a sense of excitement for our summer plans as well, which is important, since summer in the beer industry is our big time.” 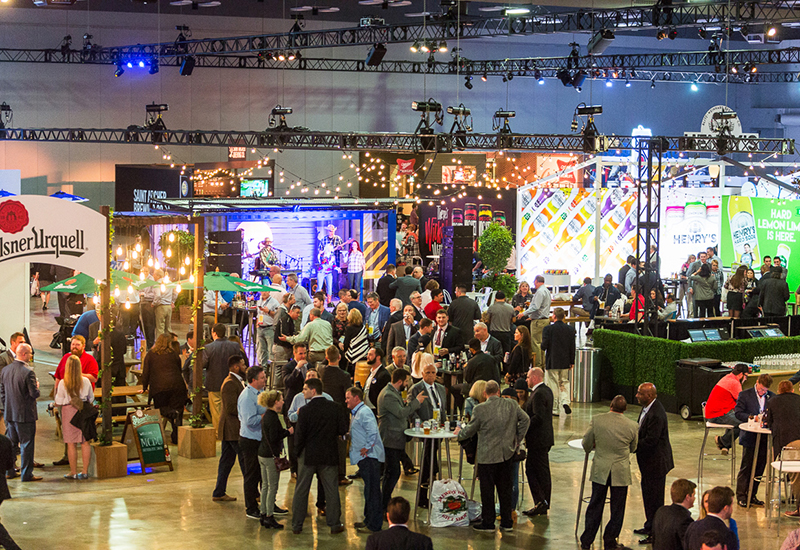 The event is intended to feel like a networking party for the more than 3,000 people in attendance.