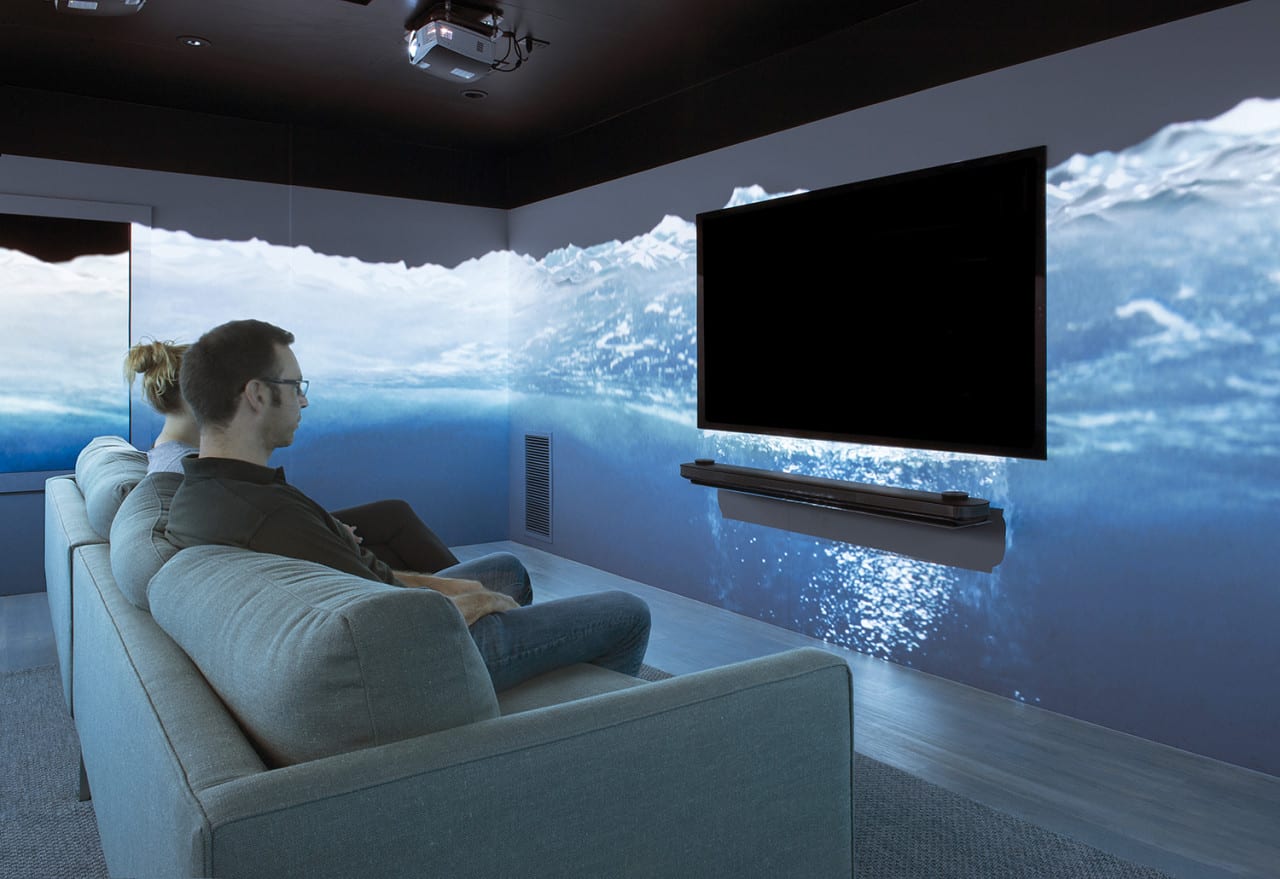 Electronics brand LG has partnered with Dolby, the company that brought us “surround sound,” in an experience that immerses attendees in the sounds, color and picture quality of its razor-thin LGW7 OLED TVs. The activation, dubbed Cinema House, launched Oct. 12 in New York City’s Madison Square Garden, the first stop in a two-month tour that gives consumers the chance to watch 4K Ultra HD clips from popular Netflix originals on the TV. A “face swap” app engages attendees as they wait in line, driving excitement for the experience to follow and encouraging social sharing.

For LG and Dolby, Cinema House is a way to raise awareness and consideration, broaden reach and create some buzz for the LGW7 in the marketplace. “We said, here are two powerful brands that have amazing technology, how do we both come together and create an immersive experience for the consumer?” says Michelle Donovan, director-sponsorships and events at LG.

The duo found their answer in Cinema House, a 20-foot by 20-foot structure constructed from shipping containers that, as its name implies, blends the aura of the cinema with the aesthetics of a modern home. Made with bright, white angular slabs, slate accents and five large “windows” (actually 55-inch commercial grade LG monitors) that flip between product posters, the Netflix movie posters and modern home imagery, Cinema House embodies the point that LG and Dolby want to make—that the technology built into the LGW7, a TV about three credit cards-thin that sticks to the wall with magnets, can bring a cinema-like experience to the comfort of your living room, complete with its crystal clear display and sound.

Inside Cinema House, six people at a time sit on a large couch as the lights dim and the LGW7 illuminates before them. The device broadcasts a sizzle reel that demonstrates the TV’s capabilities, then immerses them in a full 360-degree experience that emanates from the screen onto the house’s walls with clips from the Netflix movie “Okja,” and two hit series, “The Defenders” and “Stranger Things 2,” before the experience ends and the next group is ushered in.

Brand ambassadors engage the crowd waiting outside Cinema House with the “face swap” app in which attendees swap their face with that of one of the characters from the shows and post it socially using Telescope’s uPic. More tech-savvy consumers can swap and post using the link displayed at the footprint.

From New York City, Cinema House makes it way to the Dolby Theater at Hollywood & Highland in L.A., then on to Chicago and back to New York on Nov. 18. Agency: BFG, Bluffton, SC. 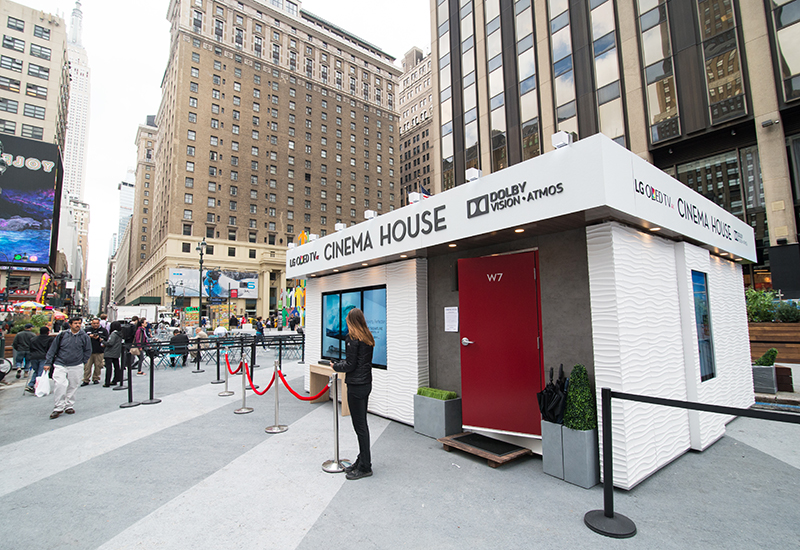 For LG and Dolby, Cinema House is a way to raise awareness, broaden reach and create buzz for the LGW7.

• Why the Industry is Embracing the Tiny House Trend