Jack Daniel’s House No. 7 Takes Over a Roadside Motel 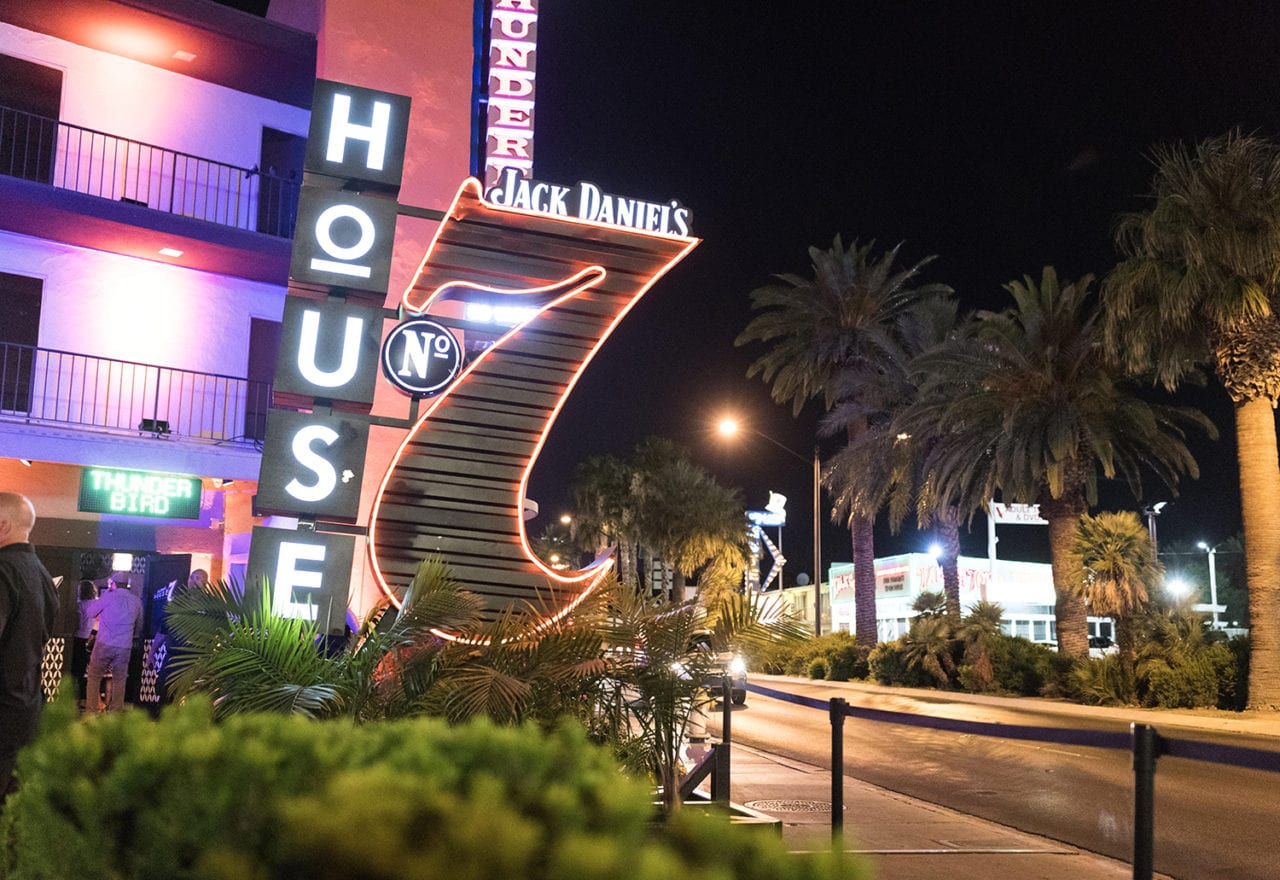 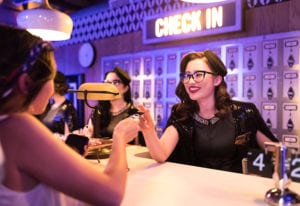 Throughout the event, attendees interacted with a cast of live actors.

To support a spirits partnership with the NBA and connect the brand to its music history roots, Jack Daniel’s activated its 10th House No. 7, a music-fueled event set in a roadside motel in Las Vegas, July 5-6. While in year’s past the brand transformed warehouse spaces into its “motel” location, this year, the brand took over the Thunderbird Hotel. Newly renovated with a 1950s vibe, the setting allowed a quirky, Las Vegas crowd to revel in some roadside mayhem amidst immersive theater tactics, live musical acts, NBA stars and brand ambassadors serving up Jack Daniel’s knowledge and history.

“We were looking for a way that we could integrate brand history but also in a way that surprises and delights around every corner,” says Grant Adams, brand manager for Jack Daniel’s. “You’ll see a 75-year-old who is a member of our loyalty program called the Squires. You’ll see a Tennessee Squire next to an NBA fan. At Jack, we’ve got this slogan: bikers to bankers. And this event is the personification of that.”

Throughout the event, attendees interacted with a cast of characters, like the “regulars,” including Dump Truck, a motorcycle-riding, rock ‘n’ roll dude with a wild beard, long hair and a raspy voice from years of cigarette smoking. He took the role of House No. 7 hotel manager and interacted with guests and led toasts. Jake the Janitor, a wannabe rocker turned janitor, was another. And then there was Dani the Maid, who would roam around the venue and spritz Jack Daniel’s whiskey into people’s mouths.

Guests who interacted with the actors were rewarded—in this case with a key to a secret room or an extra drink ticket. At times actors lured guests into a wedding chapel for a quick fake ceremony, or staged arguments to excite the crowd. In all, JD created 22 immersive rooms to entertain eventgoers. In the Rock Royalty suite, hippy divas styled attendees for rock star-quality photos. In the all-pink Bachelorette suite, karaoke was on deck. Other spaces included a pillow fight room, a tarot card room, a barber shop, a tattoo room and a voyeur room, in which attendees could look in on a Vegas showgirl getting ready for a performance. Meanwhile, a large outdoor space had three areas for live music, and a few structured elements, such as a drag show, kept the crowd’s attention. Agency: Mirrorball, New York City.

INSIDE JACK DANIEL’S HOUSE NO. 7: