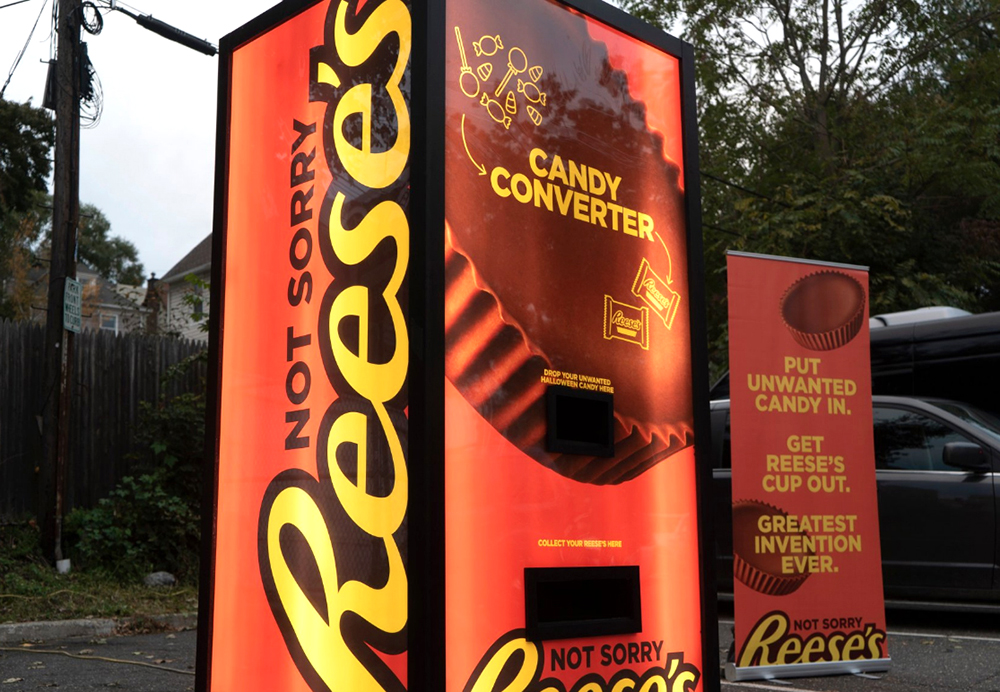 Halloween is an experiential holiday. Between Halloween events, costumes, multisensory elements and, of course, “sampling,” it creates a natural opportunity for brands to infuse a little fun and engagement into the annual traditions.

This year, beyond influencer events, were a rash of clever consumer stunts and campaigns that took advantage of classic Halloween activities. A major theme: vending machines and candy dispensing, with a twist. There were also augmented reality programs and social media contests. Here’s a look at a few Halloween experiential programs that stuck out. Read on… if you dare.

Skittles created a mini mobile (and spooky) sampling tour that traversed Toronto and was housed in a haunted tiny house structure. When consumers ringed the doorbell, a slot opened and zombie hands dispensed Skittles samples. What we liked most: The structure housed a “small electric vehicle hidden inside for propulsion.” Two brand ambassadors reportedly manned the unit—one a driver, the other, the zombie hand. Nice.

No tricks here. Trade in your Halloween candy for Reese’s candy. What’d you expect from the GOAT of Halloween?! #ReesesCandyConverter #NotSorry pic.twitter.com/bTrjF2IFay

Dunkin’ (formerly Dunkin’ Donuts) invited consumers to dress up in Dunkin-themed costumes and share photos of them on Instagram with #DunkinDressUpContest for the chance to win $1,000 and a year’s supply of Dunkin’ coffee.

Coca-Cola-owned Royal Tru-Orange (or, Fanta, as it’s called in the U.S.) didn’t just want to give away samples of its soda—it wanted consumers to work for them. In a vending machine stunt, the brand tasked Filipinos with screaming their lungs out in order to snag a free beverage—plus a creepy surprise.