Time's Up: How the B-to-B Events World is Responding to the Women's Movement - Event Marketer

Time's Up: How the B-to-B Events World is Responding to the Women's Movement - Event Marketer
Subscribe
Log In 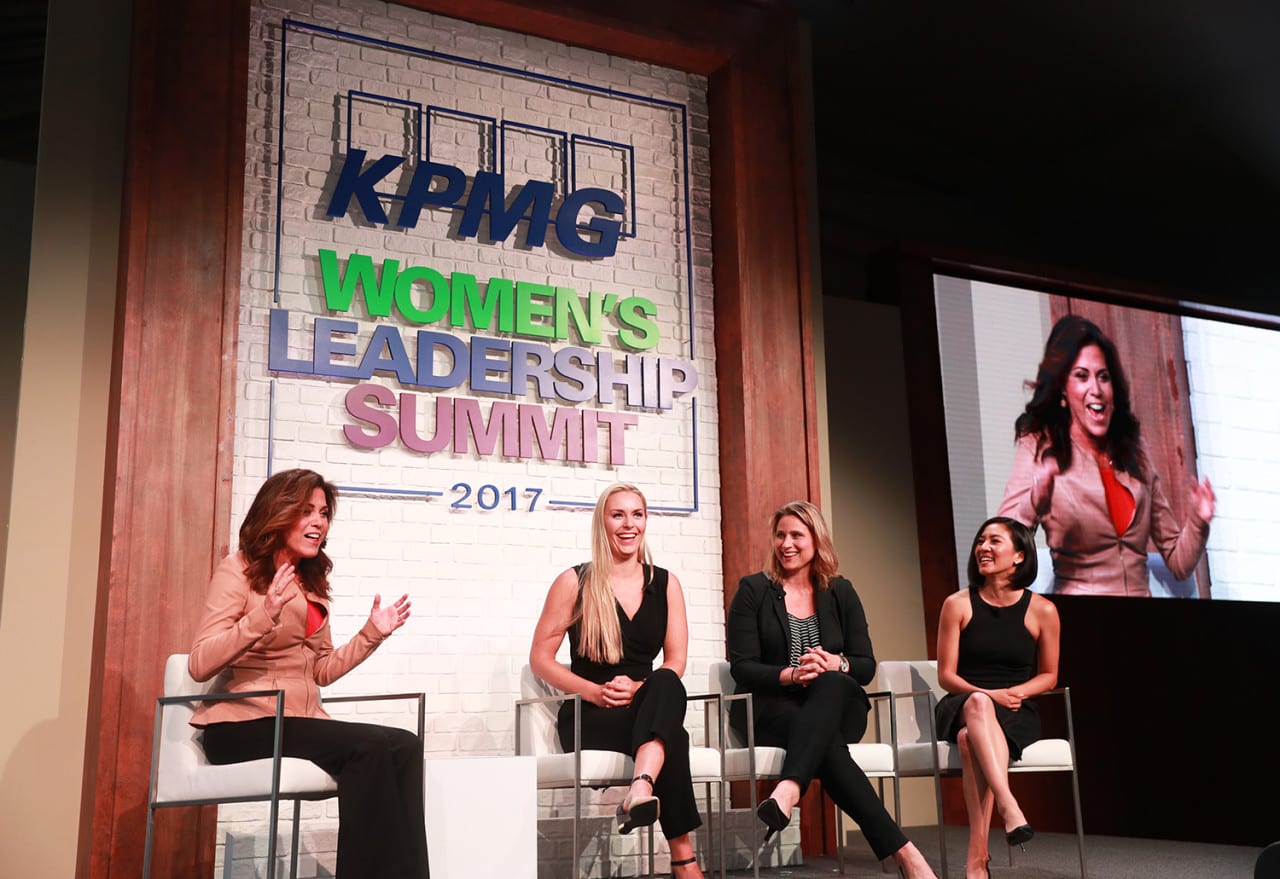 Time’s Up: How the B-to-B Events World is Responding to the Women’s Movement

When a group of chief marketers from Fortune 500 brands called out CES for its lack of female keynoters this year, it proved how powerful brand voices are in the modern-day women’s movement. As the movement continues to evolve, and encompass a variety of issues from leadership to equal pay to women and families to sexual harassment, marketers are joining the conversation—and sparking conversations—through natural platforms like live events.

In the b-to-b space, in particular, there has been a flurry of activity inspired by the movement as brands build upon existing programs and leverage the momentum of the movement to reach and engage more audiences. Here’s a closer look at what’s happening. 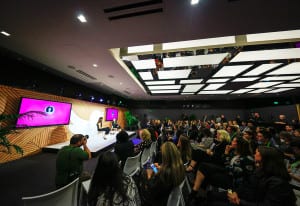 Twitter responded to the lack of female keynoters at CES this year by hosting its own keynote, #HereWeAre.

Twitter cmo Leslie Berland took an activist role in the conversation surrounding the CES keynotes. Twitter supports women in business through its #SheInspiresMe events at conferences ranging from SXSW to Cannes, but at CES, in light of the keynote controversy, Twitter created a new event—its own keynote. Called #HereWeAre and hosted by
Berland, the event’s speakers offered different stories representing diversity across race, age, sexual orientation and work experience. There were 150 people in attendance, from tech industry influencers to high-level decision makers, but it reached many more as the live stream on the social media platform garnered four million views.

“We want to be intentional about putting women forward, out in front, where they belong,” Berland tweeted, as the #HereWeAre hashtag trended No. 3 in the U.S., and No. 1 in New York and San Francisco that day. Her tweet to CES, specifically: “Hey @CES. Big respect for what you’ve built. Please do better here. I’ve got a long list of amazing women to hit your stage. Let’s talk. #changetheratio.”

On top of the keynote, Twitter infused support for the movement at CES in its Twitter Commons lounge for partners and clients. In the past, attendees took home quality swag, like branded toiletry bags and water bottles. “We like to give away cool stuff that people find useful and not toss-aways,” says Helen Stoddard, head of global events at Twitter. “Coming back to Vegas, and after everything that happened in the fall, gave us all cause to be respectful.”

So Twitter took the money it would have spent on swag and used it to support its position surrounding women’s empowerment with a donation to Black Girls Code and Girls Inc., as well as a donation to the Las Vegas Victims Fund. And, it commemorated its position in the women’s movement with a pin depicting the Venus symbol for women and a hashtag.

“We’re finding that people are very proud and supportive,” Stoddard says. “They all say, ‘I don’t need another notebook, but I’m really excited to see that now we’re helping young women and people in the community be more successful.’”

Cisco is contributing to the conversation by developing a new track at Cisco Live this year focused on women and leadership. Cisco’s audience skews male as it attracts those in network engineering, roles that tend to be male dominated, so it’s a cause of Cisco’s to encourage women in the industry, an effort that comes to life at its events with the Cisco Empowered Women’s Network.

In the past, this effort was a one-day event at the front-end of the broader Cisco Live conference with special programming for women revolving around education and leadership. For 2018, Cisco is integrating it throughout Cisco Live. It will take place all four days of the main event and become a highlighted track within the conference that’s open to everyone.

“Last year we started to see more of the male attendees, the core attendees, coming and supporting the initiative and I think we’re going to see a lot more of that this year now that we’ve integrated it into the main program,” says Kathy Doyle, director-global customer conferences, Cisco Live and Cisco Connect. “We’re really raising the visibility of it and opening it up to more people, while still building a community around it with special programs like a reception, keynotes, networking activities and the Cisco Empowered Women’s Network.”

In the high-profile content areas of the show, Cisco Live’s team is working to promote more females in those speaking roles, though Doyle says it can be a struggle to find women for high-level keynote positions, given the industry.

“We did do that very consciously last year with one of our keynotes, where we had a number of options and we very deliberately and intentionally went with the female so that we could have that diversity on stage,” she says. “It’s something we’re always looking to do.” 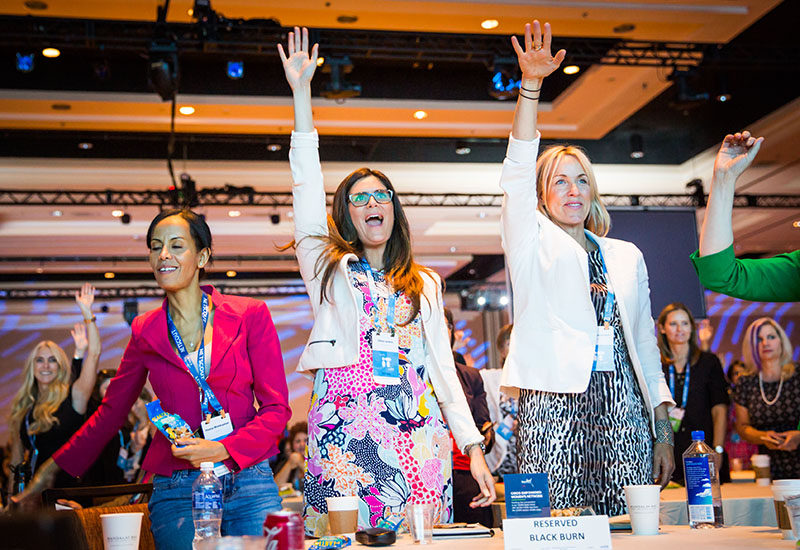 Cisco is contributing to the conversation by developing a new track at Cisco Live this year focused on women and leadership.

KPMG has transformed its support for women in business from a one-day event into a year-round platform. Through its title sponsorship of the KPMG Women’s PGA Tournament for the past three years and its global sponsorship with golfer Stacy Lewis, the brand is leveraging the sport as a tool to support women in, and striving for, the male-dominated C-Suite. As golf is considered a male-dominated sport, and business is often conducted on the golf course, it’s an activity that ties well into the leadership conversation.

“We realized that in our events, we didn’t have quite the right ingredients to reach women executives in the C-Suite that we wanted to build relationships with from a business standpoint,” says Shawn Quill, executive director of sports marketing and sponsorships at KPMG. “We didn’t want to just sponsor a golf tournament. We wanted to do something where we could create a women’s leadership event and women’s golf tournament at the same time, with the goal of elevating women both on the golf course in the field of play and off the golf course in business.”

During the six-day tournament, KPMG hosts the one-day Women’s Leadership Summit featuring 100 C-Suite executives and 200 next-gen leaders nominated by their executive teams. Speakers last year included IBM ceo Ginni Rometty and former U.S. Secretary of State Condoleezza Rice. This year, KPMG plans to include a panel of male ceos who have been “trailblazers” in diversity and women’s leadership, integrating men into the larger conversation. 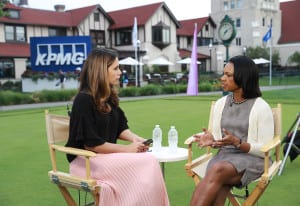 “Our ceo Lynne Doughtie is passionate about the fact that we need guys in the room,” Quill says. “She has a line where she says that men still hold 95 percent of the pens, meaning they’re the ones making the decisions on advancing women into the C-Suite and so you need male ceos and leaders to be engaged as well.”

The KPMG Inspire platform now engages women year-round on social media through content from the summit and beyond (Intersport, Chicago, handles). In addition, attendees are matched up geographically and invited to “Cohort” events four times a year to network and discuss content provided by KPMG.

Last year, KPMG live-streamed the summit on Facebook Live and Periscope, and tacked on additional filmed conversations with speakers and attendees hosted in an adjacent studio space.

“We reached nearly one million people that day outside of the room through that platform. It blew me away, and it really speaks to the topics and the conversations that are happening. People are very interested in it,” Quill says. “I do think this issue is coming to a point now that it hasn’t in the past, particularly for women in business. The singular goal with all of this is to enable more women to advance into the C-Suite. Period. That’s the goal—but, the numbers aren’t really changing right now and that’s the struggle. Why aren’t they changing? This effort is specifically targeted at that.”

As KPMG’s sponsorship is about the intersection of business and golf, women who attend the summit learn to play the game, too. Moving that needle toward a hole in one.