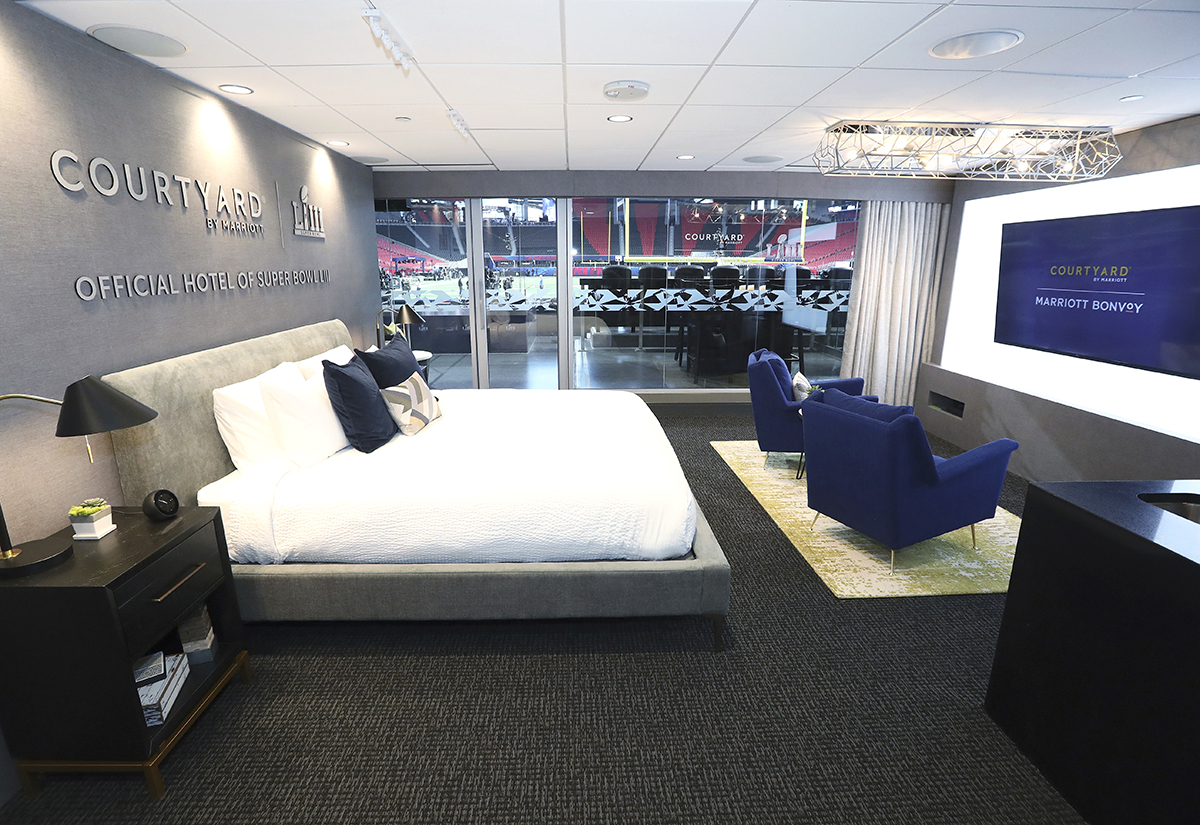 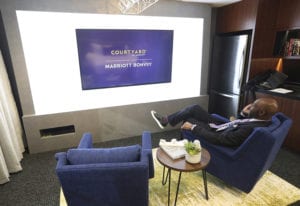 Marriott’s Courtyard brand took rewarding customer loyalty to new heights—or rather, the end zone—when it created a platform for frequent guests to cash in rewards points for once-in-a-lifetime experiences tied to Super Bowl LIII. For one Marriott rewards member, Nick Pagliari of Wisconsin, that meant cashing in a record 3.25 million points to win the Ultimate Courtyard Super Bowl LIII Sleepover. In its fourth year, the program gives one lucky fan and a guest the opportunity to wake up on game-day day in the Super Bowl stadium, this year, in Mercedes-Benz Stadium in Atlanta.

Over the course of this past NFL season, Marriott Rewards and SPG (Starwood Preferred Guests) offered more than two dozen once-in-a-lifetime experiences available to customers by bidding their loyalty points. This year’s program marked a departure from the previous three years of social media contests, tying in with the launch of Marriott Bonvoy two weeks later on Feb. 13, which combine the two loyalty platforms into one.

“This year, having the ability to put this out there for our loyalty members, and having it available to a wider range of guests, was something we liked,” says Michael Dail, vp-marketing at Courtyard. “Any Marriott rewards member could look at our platform and see all of the opportunities related to the NFL and think, ‘Wow, I need to start saving my points.’”

As the Official Hotel of the NFL, Courtyard by Marriott’s charge is to pull off once-in-a-lifetime fan experiences for guests that it feels only Courtyard can deliver, Dail says. On top of the sleepover, moments available to bid on included prime-viewing of the game from Marriott’s field-level luxury suite, and the chance to participate in the Pepsi Halftime Show.

The Ultimate Courtyard Super Bowl LIII Sleepover began with a chauffeured ride in a luxury Mercedes-Benz, and a high-profile greeting by cheerleaders and national TV crews at the stadium. For the sleepover, the suite at Mercedes-Benz stadium was entirely transformed and wrapped to look like a Courtyard by Marriott room. This included incorporating the new Courtyard bedroom furniture rolling out this year, as well as wallpaper, carpets, linens and lighting. There was also a big-screen to install, Xbox, games and this year, an Alexa built-into a wall that was voice activated to control the lighting in the room or the music.

To boot, the in-stadium signage was switched to feature Pagliari’s name with a welcome message. Pagliari happened to be a Packers fan, so Courtyard schemed to have the team’s quarterback, Aaron Rodgers, waiting to check him in when he arrived at the stadium. His friend who joined him was a Houston Texans fan, so as they were checking out they had defensive end J.J. Watt sit down for breakfast with them.

On top of the sleepover, the package included two nights at the Atlanta Marriott Marquis, VIP access to the Super Bowl Experience, a personal concierge for the weekend, a dedicated private driver, and other NFL meet-and-greets.

“We’re really excited to see the partnership with the NFL continue into this season,” Dail says. “It’s the NFL’s 100th season this year, so as we think about some of the things we’ve done, whether it’s the Super Bowl suite or other fan experiences, we are looking at how we can bring that once-in-a-lifetime moment that can only happen in the 100th season, stay tuned for what’s coming next.” Agency: IMG Live, Atlanta.

Photo courtesy: The Associated Press for Courtyard by Marriott