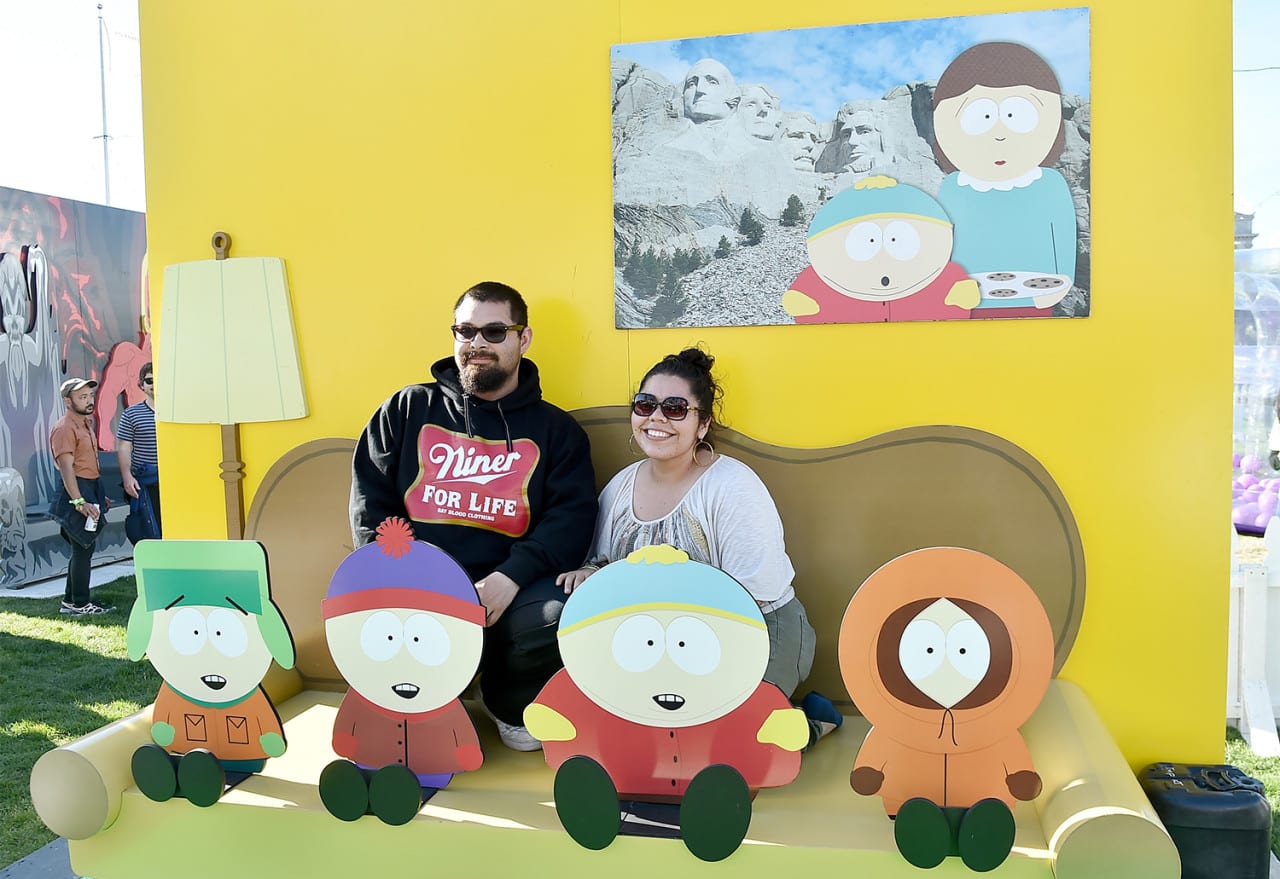 Large-scale music festivals abound these days, but as its consumer data continued to indicate a desire for more comedy-based experiences, Comedy Central set its sights on showcasing the broad world of humor through a festival of its very own. And so, the inaugural Colossal Clusterfest, co-created with Superfly and held June 2-4 at the Civic Center Plaza and Bill Graham Civic Auditorium in San Francisco, was born. From headliners like Jerry Seinfeld and Sarah Silverman, to lesser-known “discovery” comics, the event offered plenty of entertainment in the way of standup comedy, but it was the consumer activations that set the festival apart.

“If the authenticity isn’t there and the love for the show doesn’t shine through, then you’re just doing a cheap promotional thing and the goal was never to do anything promotional,” says Steve Raizes, svp-operations and strategy for Viacom Music & Entertainment Consumer Products. “The goal really was to think of this as an adult Disneyland.”

Fans of “South Park” could relive 10 of the show’s most iconic moments through large-scale vignettes built in the animated show’s signature style. They could also play in the Memberberry Ball Pit (a nod to the “memberberries,” characters introduced in season 20), or chow down at Tweek Bros Coffee, Casa Bonita, Les Bos, Raisins or Whistlin’ Willy’s Pizza Gulch, all restaurants featured in the show. There was also a ManBearPig Roast in which an entire pig was deconstructed on stage. And finally, the Chili Con Carnival, an on-stage chili cook-off featuring five of San Francisco’s most renowned chili chefs, supplemented by two comics narrating the experience—all of which referenced the infamous “Scott Tenorman Must Die” episode from the series.

Meanwhile, “It’s Always Sunny in Philadelphia” enthusiasts enjoyed a full-scale replica of Paddy’s Pub, right down to its repulsive bathroom, which was only utilized for photo ops. They could also enjoy the gang’s cuisine, thanks to local restaurants that whipped up Rum Ham, craft beer and other dishes from the show, catch music performances, and participate in Flipadelphia Trivia. To boot, Rob McElhenney, who plays Mac in the series, made a surprise appearance, bringing one fan to tears, according to the brand.

And “Seinfeld” fans got their fill by exploring a full-scale recreation of Jerry’s apartment, participating in a celebration around the Festivus Pole (a reference to a fictional holiday featured in the series) and eating classic dishes from Monk’s Café and the Soup Nazi. Larry Thomas, the actor who portrayed the Soup Nazi in the show, even showed up to serve fans for a few hours each day. Attendees were also invited to pose for three photos on the set, including reenacting the classic Kramer entrance, which the network later emailed to them.

“It’s so much fun to program an event like this and to sit in a room and ideate and figure out what’s going to be the thing that puts us over the top,” says Raizes. “Then, seeing people’s faces when they’re walking up to get their soup and they’re expecting a theme soup, and then the actual Soup Nazi is there and their minds are blown. That’s what we really strive for—a combination of really broad, smart, exciting comedic programming, along with true moments of surprise and delight, and these fully immersive experiences that you literally can’t get anywhere else.” Agency: Superfly, San Francisco.

Take a spin through the inaugural Colossal Clusterfest: