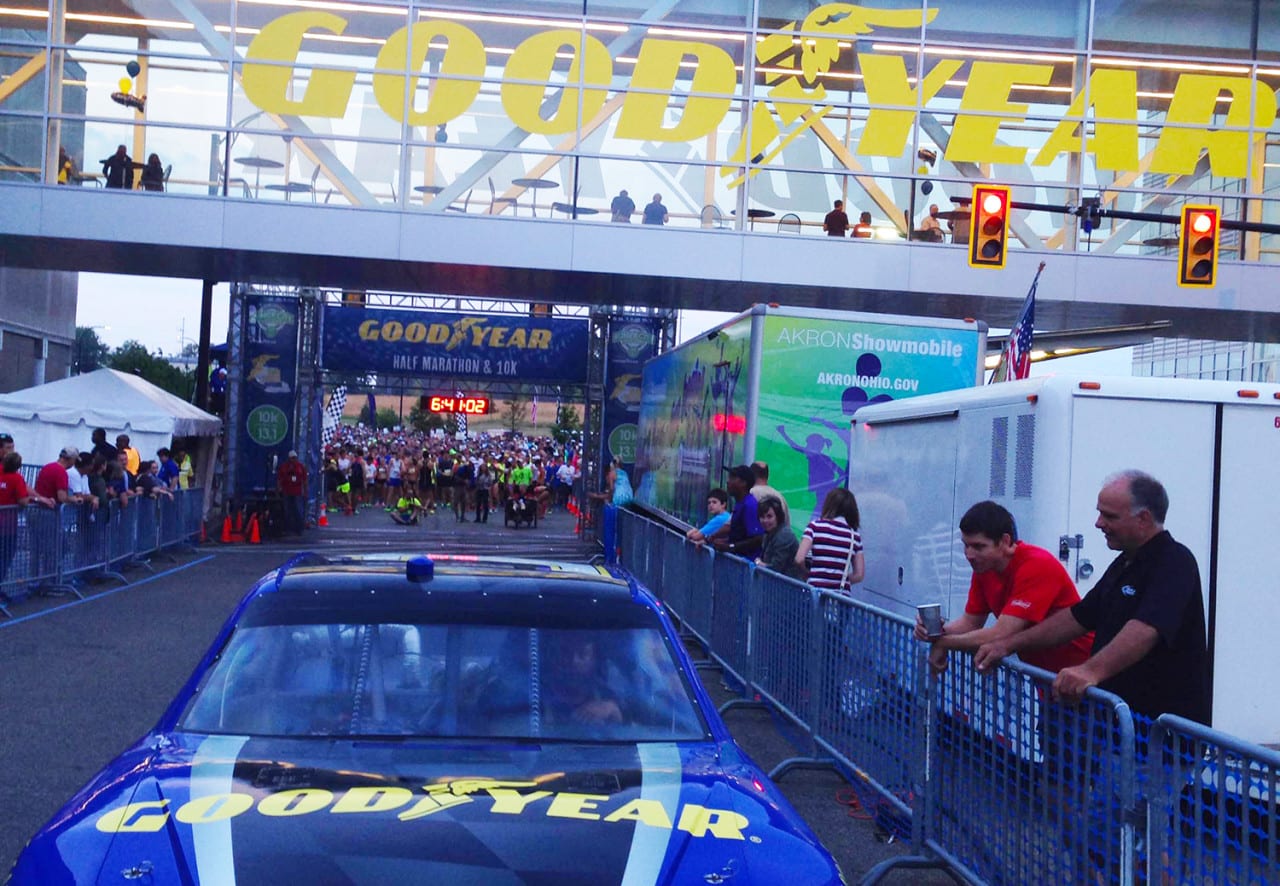 Multiple touchpoints and volunteerism helped Goodyear Tire and Rubber Company leverage a foot race sponsorship this summer to engage the community in which its headquarters are located, as well as employees. The brand served as presenting sponsor for the Half Marathon & 10K on Aug. 15, a race that is part of the new Akron Marathon Rubber City Race Series.

The Goodyear Half Marathon & 10K began and finished at the company’s new global headquarters in southeast Akron. The course included local landmarks such as the East End development, Derby Downs and Lockheed Martin Airdock. It also featured a lap around the track at Goodyear’s restricted access Akron Proving Grounds, giving participants an exclusive experience with the brand. The Proving Grounds is a 1.25-mile testing track where race drivers test tires, and within these grounds the runner with the fastest time won a set of Goodyear tires.

On the employee engagement side, Goodyear in the lead-up to the race supported employee-participants by helping mobilize training groups. Goodyear also mobilized internal teams of employees (as well as their friends and families) for volunteer initiatives on race day. This included manning—and designing—themed water stations along the race route as part of an internal competition.

Other components of the sponsorship included a NASCAR racecar that kicked off and finished the marathon under the skywalk walkway of the new headquarters. The brand’s signature airship, the Wingfoot One blimp, flew overhead on race day. As an added incentive for runners, the winners of the Half Marathon and 10K were awarded with a certificate to ride on the blimp, and at the finish line—an “Akron’s Best” food festival, open to participants, volunteers and spectators, which also featured an appearance and remarks by Goodyear’s CEO Rich Kramer.

“Our community engagement initiatives are focused in STEM education, safe mobility and volunteer programs that engage our associates,” says Alison White, director-community engagement at Goodyear. “Many of the components of this sponsorship were unique to Goodyear. The race began and ended at our company’s global headquarters, incorporated a racing theme, featured our newest airship, Wingfoot One, flying overhead and provided runners with the unique experience of taking a lap on the restricted access proving grounds.

“With all these components, we were able to naturally integrate our brand into this meaningful community engagement initiative that also allowed us to fully engage our associates as volunteers and runners.”