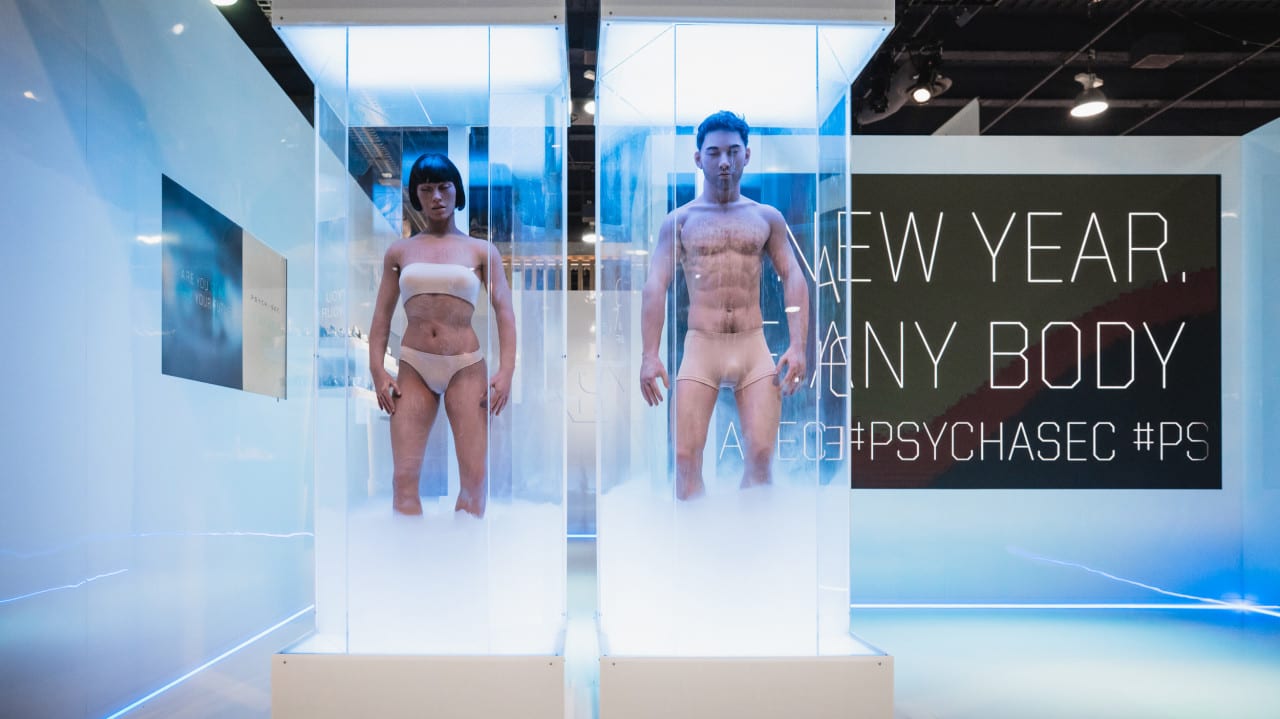 It looked like your average tech startup exhibit at the Las Vegas Convention Center during CES 2018—save for the bodies. To promote its new tech noir mystery series “Altered Carbon” in an unexpected place (but more appropriate than a comic con, you might argue), Netflix activated a faux booth in South Hall that brought to life the series’ plot: set 300 years into the future, when humans can transfer their minds from body to body via “cortical stack” devices implanted interchangeably into spines of “human sleeves.”

Activating as the company in the film that makes this technology, Psychasec, Netflix’s booth leveraged live theater with actors that performed as brand ambassadors speaking about the technology as if it were a real startup activating on the show floor. (We’re told they were trained specifically to not break character.) The stark white space, designed to feel like a modern showroom, featured two glass enclosed cases containing two realistic-looking human bodies. The ambassadors, dressed in all white uniforms, pitched the product and doled out a special moisturizer for “sleeve upkeep” in a branded bottle that attendees could take home with them.

Attendees were then ushered to the back of the showroom where they turned a corner and entered into a darkened space with black walls where a less glamorous looking “sleeve” lay in the fetal position inside a body bag that attendees could touch and take photos with. There, they could watch the trailer for “Altered Carbon,” and start to put the pieces together (if they hadn’t already) that this was no real technology after all.

But to keep the storyline going, Netflix staged fake protests against Psychasec outside the convention center with hired improv actors. They handed out pamphlets, stickers and other materials on boycotting the “controversial” technology, driving the conversation to social media with hashtag #psychasec. To take it yet another step further, Netflix defaced its own booth as the protests carried on into the booth with anti-Psychasec posters plastered all over the walls, leaving CES attendees to question their reality for just a little while longer. Agency: Kamp Grizzly, Portland, OR.