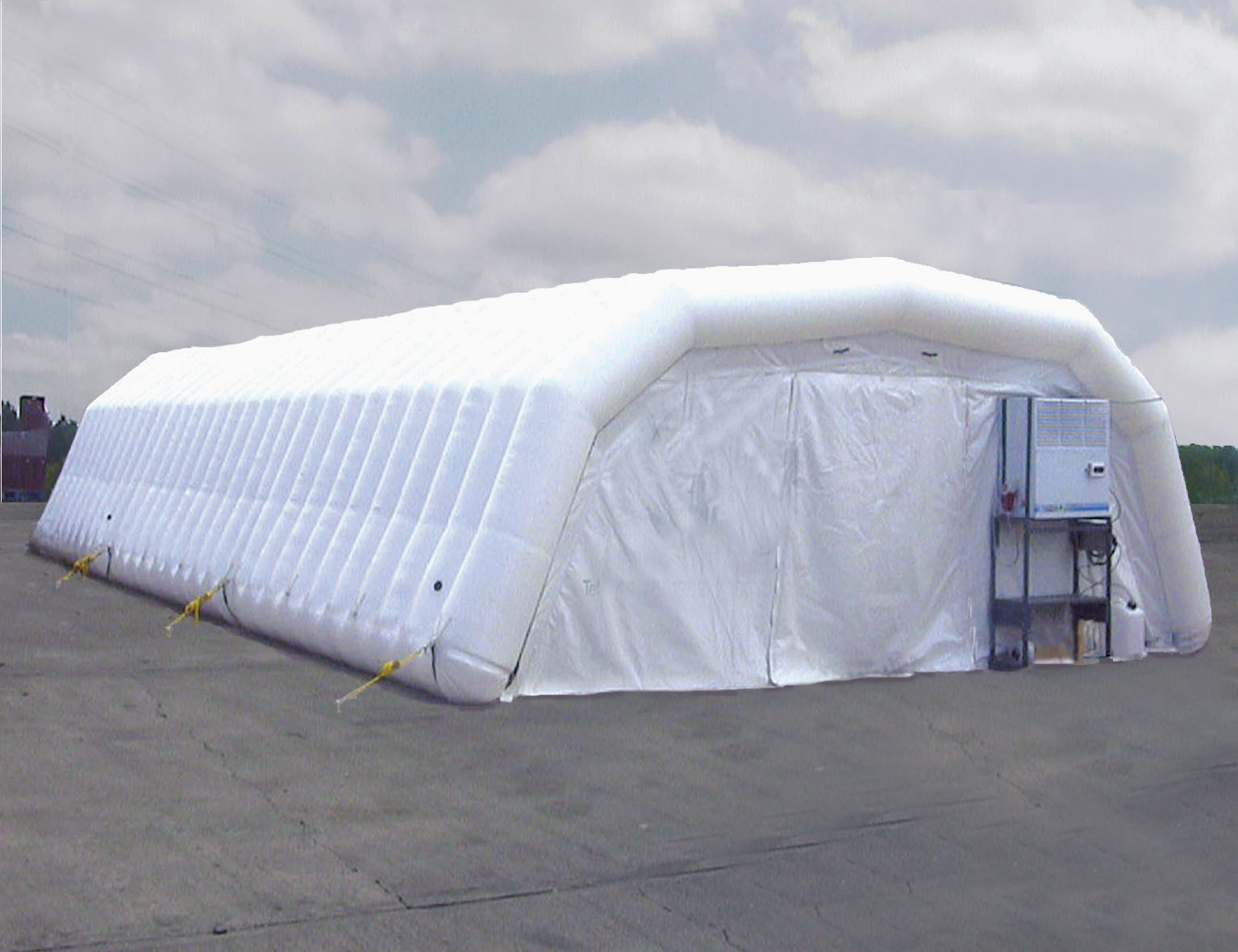 The Scoop About Inflatable structures

Inflatable structures are more than a lot of hot air. At fairs festivals even on the trade show floor these gigantic colorful creations can help sponsors advertisers and exhibitors stand out from the crowd. State Farm places inflatable billboards on golf course lakes at its LPGA-sponsored events (BBI Inflatable Display Systems handles). Nokia Studio a mobile entertainment experience last summer traveled to music festivals with a cube-shaped structure made out of an inflatable wall system and shipping containers (Landmark Creations handles). McDonald’s even has an inflatable Happy Meal Box with rotating arches (via Creative Inflatables) that goes to festivals and events.

Then there’s Trojan the condom company which uses an inflatable dome as a portable theater to get its “Don’t be a pig” message about the sexual health crisis in America across to 18- to 25-year-old male college students. Trojan took the experience to 65 venues including the Vans Warped Tour and across college campuses last fall and this summer.

Created by Immersive Displays Trojan’s inflatable consisted of two layers an inside panel which functioned as a 270-degree film screen and a fully branded outside panel. The structure accommodated as many as 25 people at a time as computer-generated imagery offered a simulated roller coaster ride complete with the pigs “flying” overhead and across the inside of the dome in front of them and at their feet. And the air conditioning offered a welcome relief from the heat (Colangelo Darien CT handles).

Volvo used an inflatable car developed in its home country of Sweden to demonstrate to auto journalists its City Safety feature a system fitted to its new XC60 models that allows the car to automatically apply its own brakes if it is about to rear-end a car in front of it. The inflatable car wasn’t nearly as intimidating as the idea of colliding with a real car could have been and took the fear factor out of the experience for the often skeptical reporters.

“We could spend thousands of dollars with written material and videos but having the ability to allow people to try this system went far beyond any other communication tool ” says Linda Gangeri manager of national advertising at Volvo. “Using an inflatable car insured that if the driver tried to take control which would disengage the system and in reality would not happen the impact would not cause any damage to the XC60.”

Camera accessory maker Hoodman Corp. found its inflatable “Hoodome” structure a cost-effective way to reach attendees and create some excitement on the trade show floor. The 20-foot by 20-foot structure created by Inflatable Image Technologies Australia replicates the comic “Hoodman” character that serves as its brand icon houses product displays and a semi-enclosed meeting area. A large fan is used to inflate its double walls. Interlocking floor tiles negate the need for rental carpet and padding and the crates in which it is stored serve as product display tables.