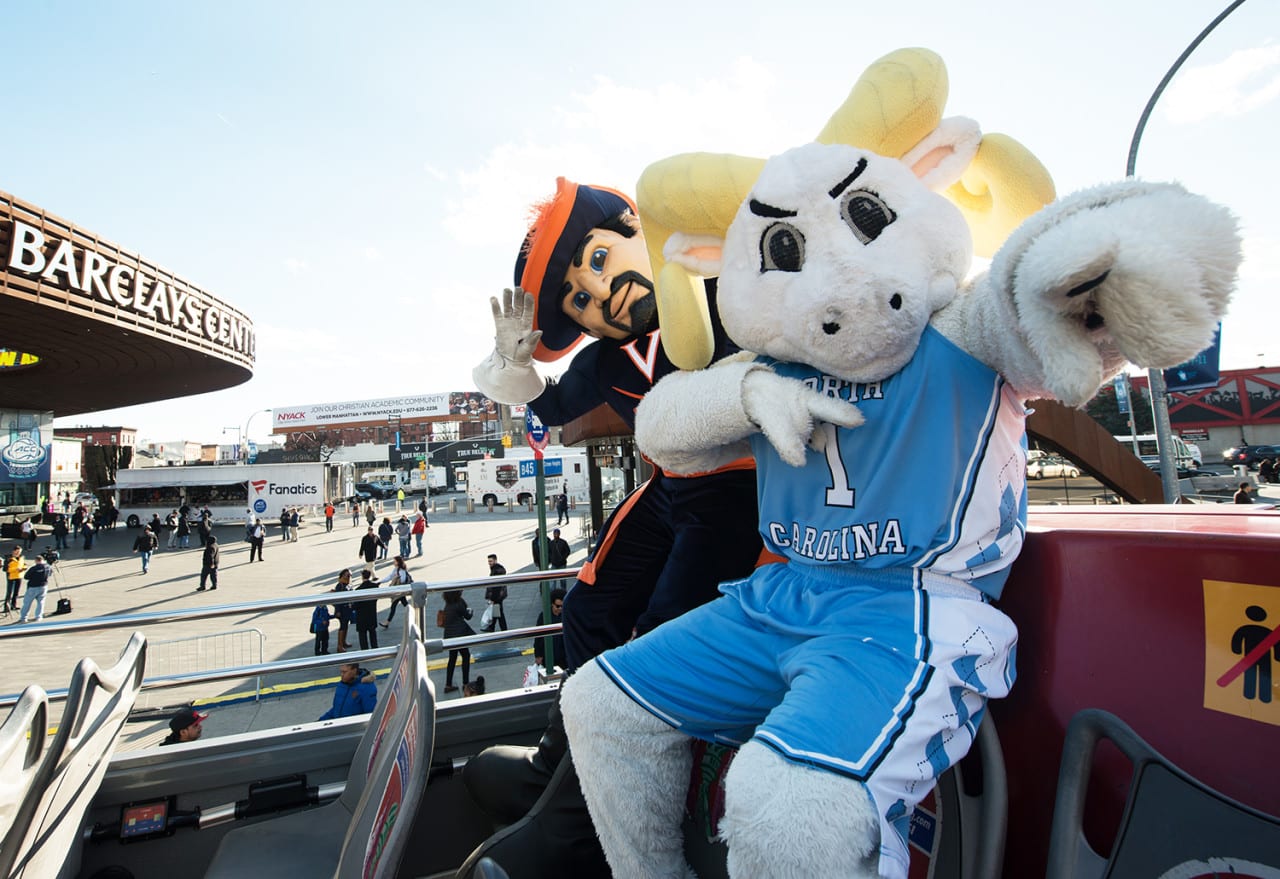 “March Madness” has never been a misnomer, but from March 6-9, the Atlantic Coast Conference’s (ACC) crew of 15 wacky mascots upped the ante with an experiential tour through New York City and Brooklyn. From crossing off quirky bucket list items to entertaining hoops fans atop a branded double decker bus, the mascots executed a complete takeover of the Big Apple in true March Madness fashion.

Like most collegiate athletic conferences, the ACC, which is comprised of 15 member universities that compete in NCAA Division I athletics, had historically relied on media placements alone to boost awareness of its teams’ participation in the March Madness tournament. But when a mobile mascot tour through Washington, D.C. started turning heads in 2016, the ACC knew it was on to something, and extended the tour to Manhattan ahead of the 2017 tourney.

To travel to New York City’s most iconic landmarks in style, the ACC outfitted a double decker bus with head to toe branding. A static wrap featuring tournament and university branding on one side was complemented by a digital video board on the other side, which offered rotating content including tournament updates, bracket information, colorful graphics, social mentions and tune-in messaging. Inside, the lower half of the bus periodically served as a respite for the mascots, who worked long hours over the course of the four-day tour. On the upper half of the bus, the mascots’ shenanigans drew attention all over Manhattan. 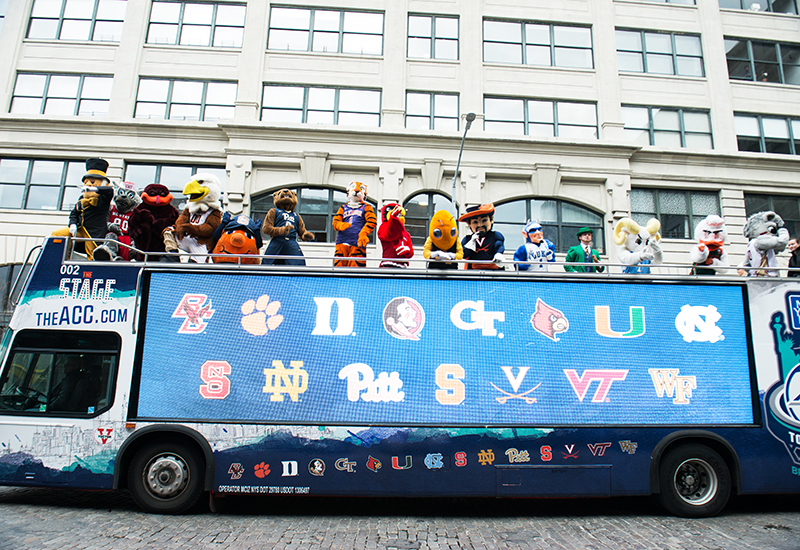 From crossing off quirky bucket list items to entertaining hoops fans atop a branded double decker, the mascots executed a complete takeover of the Big Apple.

All along the tour, ACC mascots revved up fans, taking photos and encouraging attendees to play a “Pop-A-Shot”-style game to earn prizes. But the real head-turning engagements were the ones tied to each individual mascot’s bucket list. Like Notre Dame’s leprechaun, who checked off one of his goals after doing an Irish jig outside an Irish pub. Or the group of mascots who carried a portable music player around and started impromptu dance parties. And the list goes on. Of course, the ACC ensured a video crew captured all of the antics, making for some seriously shareable #ACCTourney content that helped extend the life of the tour.

“The concept of having a larger-than-life vehicle and a fully wrapped bus with mascots hanging off the sides, and doing a variety of stops to well-known landmarks around the city, was one that we thought could drive some excitement, some awareness and visibility for our event,” says Tim Lynde, senior associate commissioner of brand marketing at the ACC. “[The live experience] is more tangible. It allows you to interact with fans. It gives you earned media. We know what we spent on this compared to purchasing media, which in a city like New York, is hard. But we were looking to have a presence in New York.” Agency: Wasserman, Los Angeles.

• Taking the Field: 11 Strategies for Scoring With Sports Fans