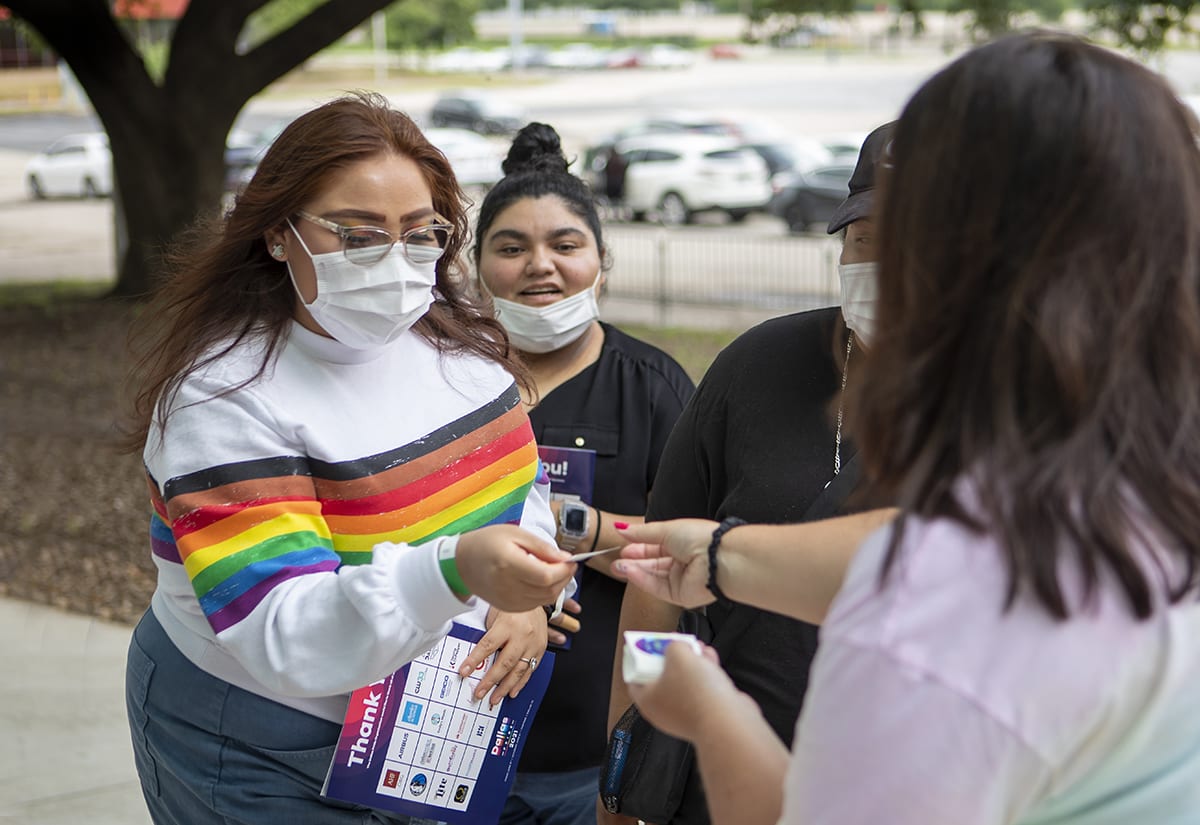 Pride 2021: Brands from Skittles to Hulu Leverage Experiences to Support the LGBTQ+ Community

Brands did their best to commemorate Pride Month virtually in 2020. But at its core, Pride has always been about getting together in person to celebrate the LGBTQ+ community—and in 2021, those face-to-face experiences made a comeback. In addition to cheeky social posts and bold retail initiatives, several brands delivered in-person experiences to mark the occasion this year. And it wasn’t just rainbows and glitter. Most of the activations, while lighthearted, supported LGBTQ+ organizations and creator communities. Ready to see who made an impact? Prepare to sashay, honey. Your tour begins now. 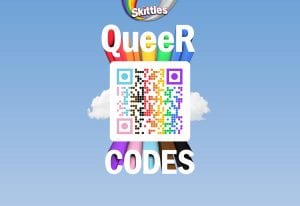 In addition to the return of its Pride Packs, which feature gray packaging and candies because “during Pride, only one rainbow matters,” Skittles marked Pride with a QueeR Codes campaign that shined a light on LGBTQ+ artists, influencers and creators. With a focus on visibility, the Mars Wrigley brand enlisted four LGBTQ+ artists to create murals in Newark, NJ, where the company’s headquarters is located, as well as Nashville, Atlanta and San Antonio, TX. On display throughout June, each artwork features a QueeR Code, a QR code that, when scanned, takes consumers to SKITTLESQueeRCodes.com.

The microsite offers an array of LGBTQ+ content and personal stories from the artists and other creators within the community. It also features resources from leading LGBTQ+ media advocacy group GLAAD, with information on how allies and community members can educate themselves on how to support the LGBTQ+ community during Pride and year-round. (GLAAD will also receive a $1 donation for each Skittles Pride Pack sold.)

Beauty brand OGX has always celebrated “living loudly and loving proudly” during Pride Month. For this year’s Pride campaign, the brand teamed up with Milk & Cream Cereal Bar to spotlight and support the LGBTQ+ community. From June 14 to July 11, OGX is delivering a Pride Swirls in-store takeover at Milk & Cream’s Manhattan and Jersey City, NJ, locations. Three celebratory custom ice cream flavors with toppings like gold pearl sprinkles are on hand: Me, Myself, & Mint, It’s a Coconut Miracle!, and XO, OGX.

On June 14, the brand distributed free Pride Swirls at opening happy hour events at both locations. And during NYC Pride weekend (June 26-27), OGX offered $1 Swirls and swag at the Manhattan location, and donated a portion of the proceeds to the Johnson & Johnson Consumer Health CARE WITH PRIDE program. Agency: MKG, New York City.

H&M turned to technology to help consumers celebrate Pride this year with a scanner app that detects rainbow patterns on everything from flags to food to apparel. When a user scans a rainbow pattern in their surroundings with their smartphone, the app opens a “Beyond the Rainbow” microsite. There, consumers can view intimate stories from a variety of LGBTQ+ community members, including influencers and the brand’s own employees. (The retailer claims the image recognition technology is the first of its kind to recognize color.)

H&M is also matching donations made to The Trevor Project, the world’s largest suicide prevention and crisis intervention organization for LGBTQ+ community members, during a special match campaign throughout June.

You’ve heard this season’s catchphrases—Hot Vax Summer, Vaxxed and Waxed, Shot Girl Summer. So to capitalize on the zeitgeist, dating service Match launched its Lick Every Stranger You Can campaign (yes, really). Instead of promoting committed relationships, Match leaned into the moment with an activation at Dallas Pride. In addition to a Vaxxed & Waxed parade installation, the brand created a 15-foot neon photo op bearing the same phrase. Thousands of stickers were also distributed to attendees with playful sayings like “Kiss Me, I’m Vaxxed.” Drag emcee Marsha Dimes called the sponsorship activation a “true showstopper.” Agency: LOUDER Experiences, Dallas. 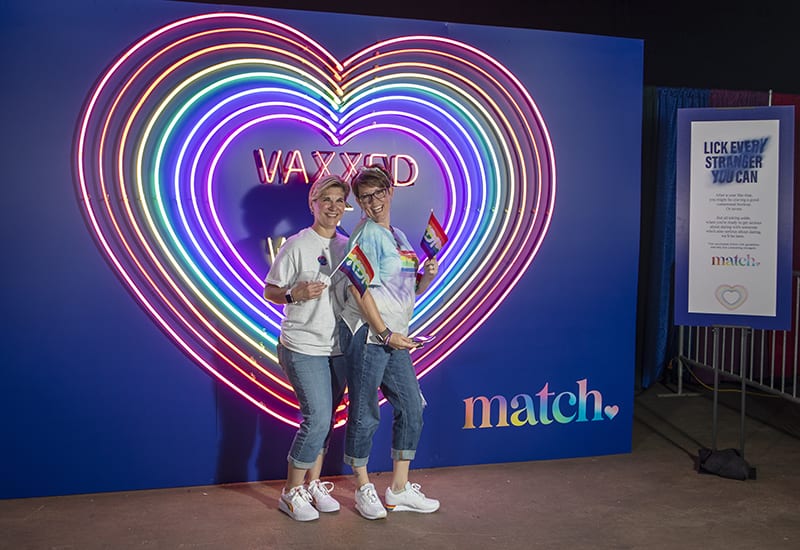 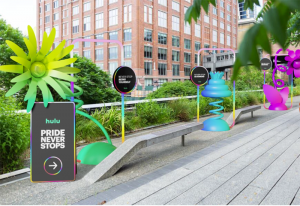 To rally consumers around its “Pride Never Stops” mantra, Hulu installed six- and seven-foot-tall flower sculptures along the High Line in New York City during a four-day activation (June 24-27). Each sculpture featured voice recordings from prominent LGBTQ+ artists, creators and activists who shared words of hope and encouragement. Among the voices: “Love, Victor” showrunner Brian Tanen and “Changing the Game” producer Alex Schmider.

QR codes attached to each installation could be scanned by consumers, who were directed to a microsite where they could craft a virtual flower to dedicate to a loved one. For each virtual flower created, Hulu donated $15 to be split equally across the It Gets Better Project, GLSEN, Family Equality and Point Foundation. Consumers who couldn’t experience the activation in person could also head to the microsite to create virtual flowers that prompted a Hulu donation.