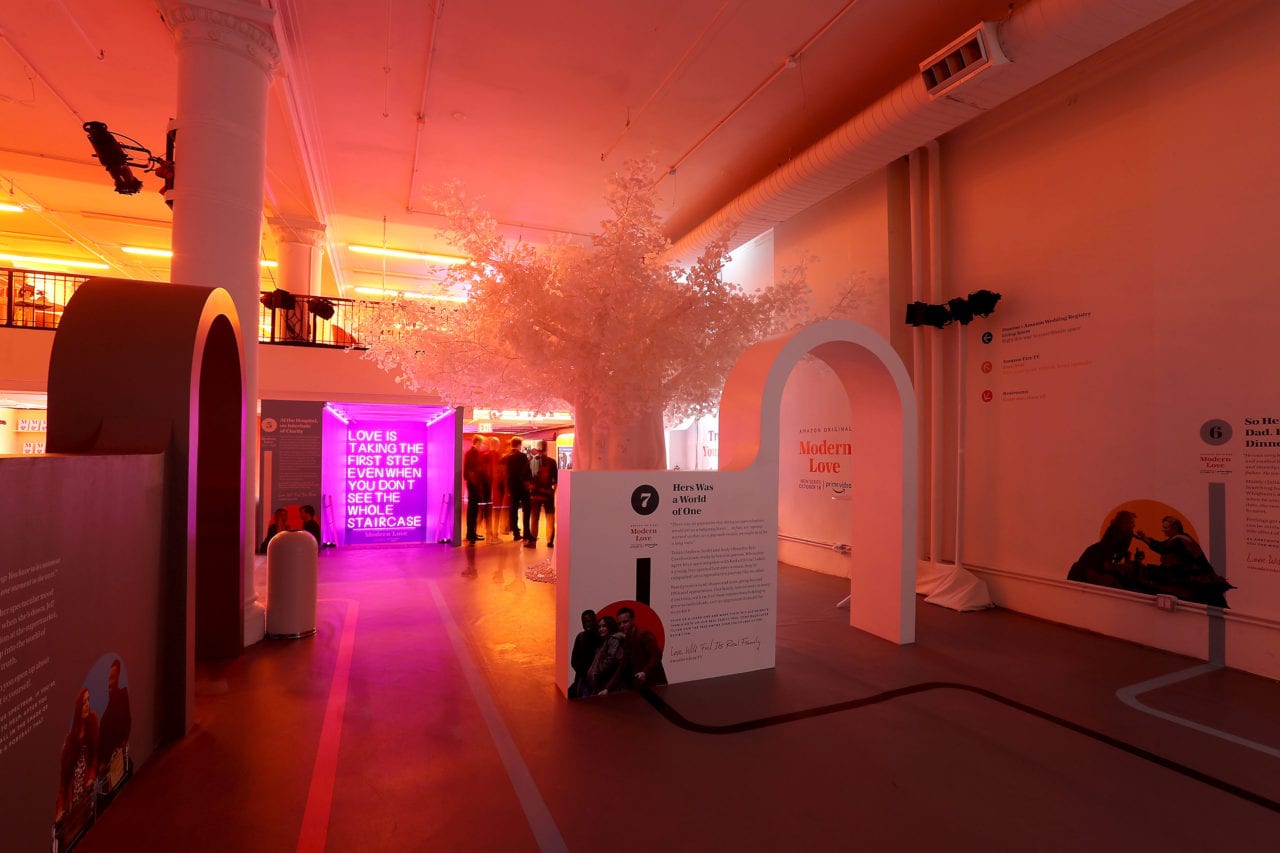 To drum up buzz for its upcoming anthology series “Modern Love,” premiering Oct. 18, Amazon Prime Video activated the “Museum of Modern Love” pop-up Oct. 10-13 for consumers in New York City. The activation, which the brand has dubbed “MoML,” a nod to the Big Apple’s Museum of Modern Art, is a museum-inspired showcase of the series’ theme, the universal search for human connection, as told through eight episodic storylines.

As attendees moved freely through the space, they encountered a summary of each anthology’s storyline followed by a suggested activity related to that episode’s plotline. Touchpoints included a love confessional booth, an aura projection station, and a family tree installation onto which attendees wrote notes to loved ones.

MoML was also used as an event space for the series’ premiere reception Oct. 10 as well as the backdrop to invite-only events with partners after the pop-up had closed to consumers. The “Fire TV Presents: Love on Screen” event on Oct. 11 featured a panel about love, identity and relationships on television with Hinge founder and ceo Justin McLeod and “Las Culturistas” podcast host Matt Rogers, followed by a screening of a “Modern Love” episode. The following evening, an Amazon Wedding Registry and Domino collaboration allowed guests to shop curated pieces from the Domino x Amazon Wedding registry. The pop-up’s run concluded with a closing night party with Entertainment Weekly the evening of Oct. 13.