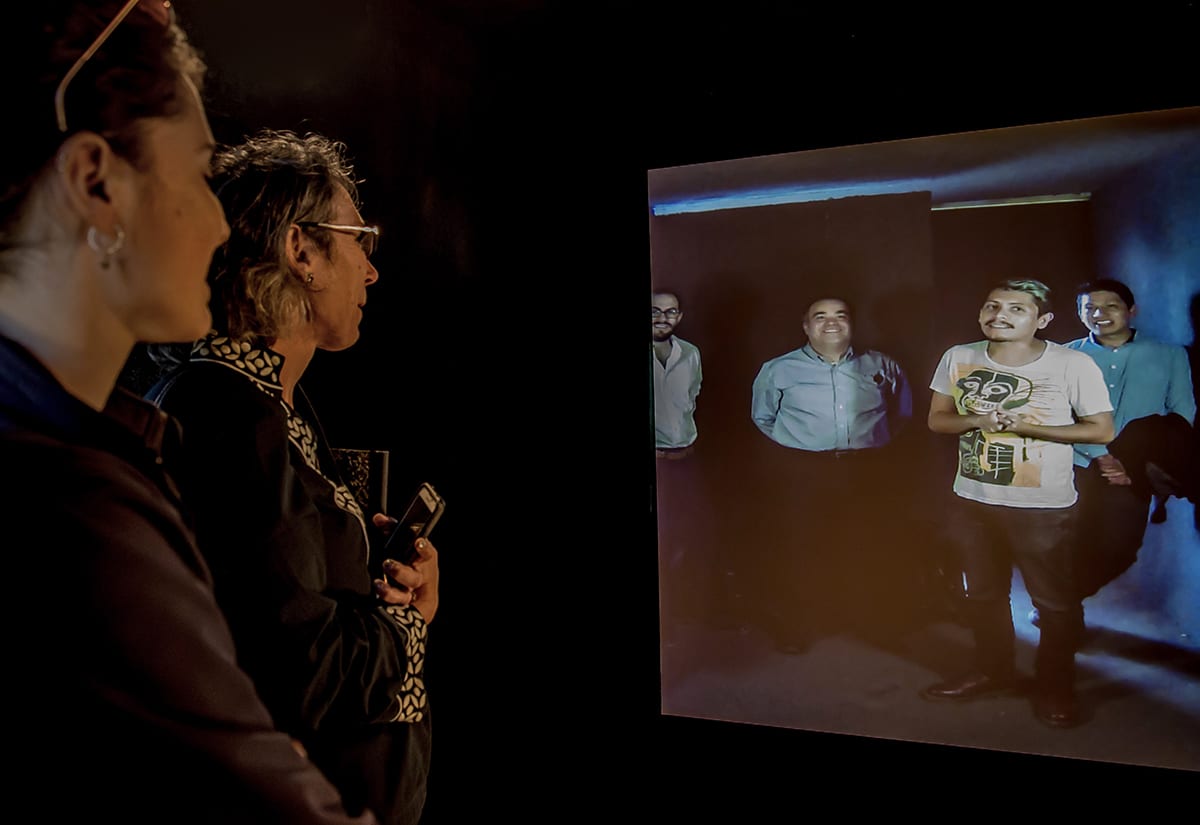 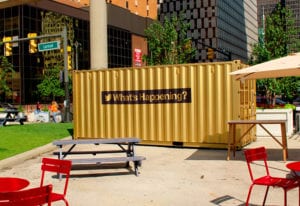 The Tweetups were held in gold shipping containers with built-in teleconferencing systems.

The idea of attending a Tweetup, where Twitter users meet in real life, is familiar to most of us. Brands have leveraged these gatherings as a way to assemble people with common interests for years now. But for 10 days this summer, July 25 through Aug. 4, Twitter took the concept global. Through a partnership with Shared Studios, an organization that connects people who are separated by distance through video, the brand connected 40 cities across the globe through “portals,” or spaces in which inhabitants of one city could converse with those in another in real time.

Twitter calls it its first-ever global experiential activation and, like other campaigns that have celebrated its users’ voices this summer, is about connecting people. “The mission of Twitter, the company and the platform, is to serve the public conversation,” says Helen Stoddard, head of global events at Twitter. “For us to be able to have a global conversation in real time is something that the platform automatically brings. But [we asked ourselves] what would that feel like in real life, which is how Tweetups were born.”

The technology behind the Tweetups? Nothing fancy. Shared Studios’ network of gold shipping containers each include a teleconferencing system with a screen that covers an entire wall and is set to human scale, unlike a typical video conference or FaceTime conversation. A camera is set at eye-level in each location. As people step into the portal-like atmosphere, they are insulated from the noise and daily hubbub around them, which amplifies the sense of connection between the parties.

In some locations, like New York City’s Grand Central Terminal, passersby were encouraged to enter the containers and converse with people in a location halfway around the world, in a different time zone. (A translator was on hand in each city to facilitate conversation.) Other locations included Nairobi, Kenya; Berlin; Lagos, Nigeria; Chicago; Stockholm and Seoul, Korea.

Twitter also programmed a series of events to take place in the spaces, using insights and data to pinpoint top conversations and passions on Twitter. For instance, the brand organized a performance by a K-pop band that was live-streamed through Twitter’s Periscope technology. At another location, Bollywood film stars spoke to more than 3,000 fans who were waiting outside the container to cheer them on (one of the stars broadcast the Tweetup live to her 13 million followers using Periscope). Other events were more intimate, like a Tweetup dinner between people from Harlem and Lagos, Nigeria. With six chairs on each side, the containers appeared to house a table of 12 people dining together. 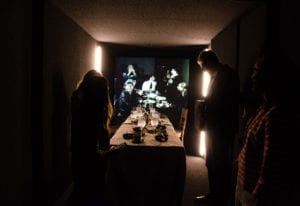 Some Tweetups were more intimate, like a dinner between people different time zones.

The Twitter platform itself was used to disseminate schedules for events, and many used it afterwards to keep in touch with the users they met through the Tweetups. However, there wasn’t a need to use it during the events and conversations—the purpose was more about facilitating real connection than using the Twitter platform, according to Stoddard.

“While New York and Lagos might feel like they have nothing in common, when you ask somebody what they had for breakfast that day the conversation starts immediately,” Stoddard says. “Our intention was to have a physical manifestation of the platforms and our mission, which is serving the public conversation and bringing [out] the humanity that is sometimes forgotten in the digital space.” Agency: Shared Studios.