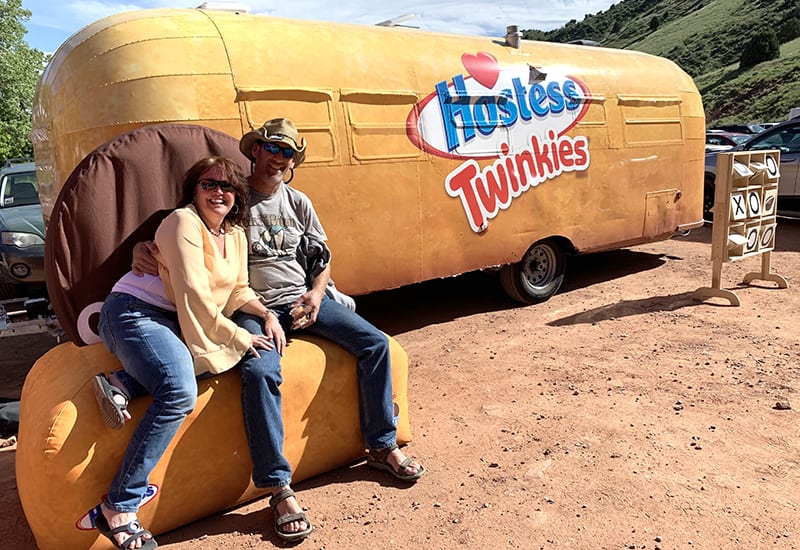 How Hostess Proved its Relevance in Snacking with an Experiential Campaign 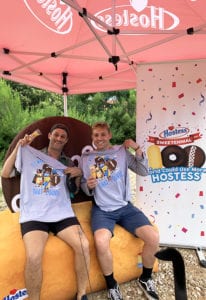 There’s a nostalgia-driven love affair consumers have with the Hostess CupCake, but for the celebration of its 100th anniversary—its “Sweetennial”—the brand set out to acknowledge its history while proving how relevant the snack brand is today. The campaign, designed to earn maximum media attention, included a nationwide tour with activations and sampling, a Donette-eating competition and a comedy roast packed with “affectionate mockery” of the brand.

“When you think about Hostess, our treats, snacks and our brand as a whole, it doesn’t make situations worse, it makes situations better, whether at enjoyable family gatherings or for celebrations of milestones or for every day victories, or even in less-fun situations like that morning commute or standing in line at the DMV,” says Brian Harvey, senior manager-field marketing and p.r. at Hostess. “Hostess makes those situations better, so we felt that the world could use more Hostess and we wanted to celebrate our Sweetennial with as many people as possible and in as many parts of the country as possible.”

The campaign kicked off with Hostess’ release of its limited-edition (at first) Hostess Birthday CupCakes last February, a vanilla-and-sprinkles cousin to the chocolate- and cream-filled cakes consumers know well. In April, the brand launched a sampling tour in New York City’s Times Square that traveled to 14 cities across the country over two months, ending in Los Angeles. Anchoring the tour was the Twinkiemobile—an Airstream trailer wrapped in branding to look, naturally, like a giant rolling Twinkie. At each stop along the tour, consumers sampled Hostess products, snapped photos atop a Twinkie throne and played Hostess-themed yard games like “Twinko” (a riff on Plinko). They could also snag branded premiums like t-shirts and pop-sockets.

Later in the tour, the Twinkiemobile motored to Austin, Texas, for National Donut Day where the brand teamed up with Major League Eating for the second annual World Hostess Donettes Eating Championship. Competitive eater Joey Chestnut, who won the Nathan’s Hot Dog Eating Contest this year, lost to the No. 2-ranked eater in the world, Geoffrey Esper, who consumed 235 Hostess Donettes in six minutes. (Gulp.)

To drive social media buzz, the brand leveraged its mascot, Twinkie the Kid, for shareworthy posts across its platforms, visiting high-profile locations like Red Rocks Amphitheatre in Denver and the Hoover Dam outside Las Vegas. Hostess even made a one-off visit to Senator Mitt Romney’s office in Washington, D.C., to hand out samples and acknowledge his love-affair with Twinkies (remember that Twinkie cake staff made him that went viral in March?). And in Vegas, Hostess made a stop at the 50th World Series of Poker, snapping photos of Twinkie the Kid with the series’ mascot, Chippy, together. 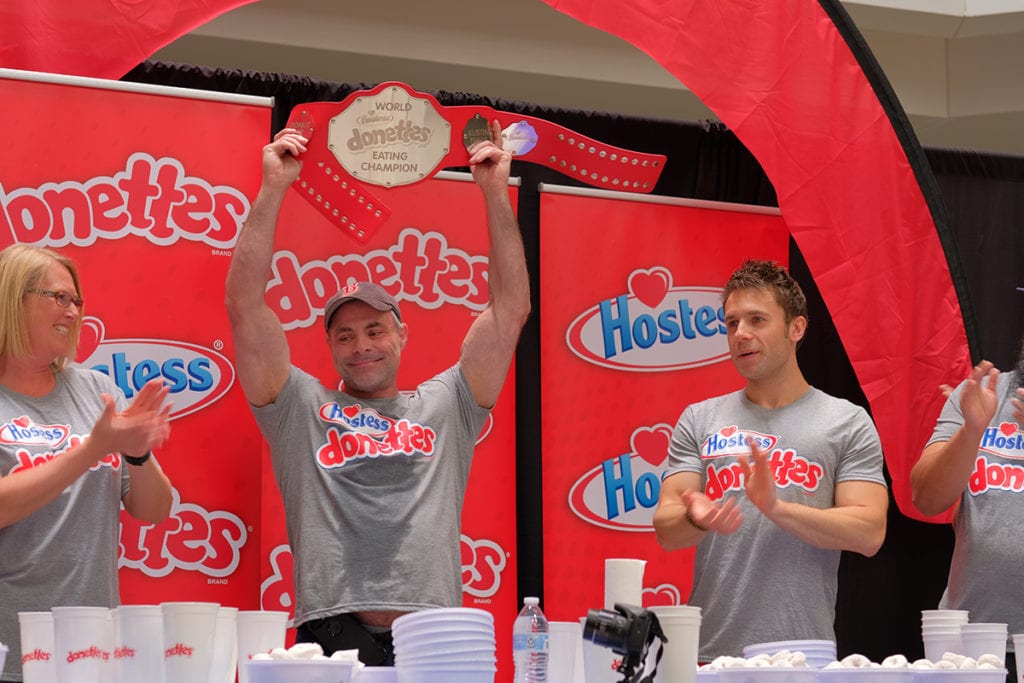 “Social media was a great way to interact with fans beyond the physical interaction that the tour had on the ground,” says Harvey. “We were posting pictures, we had a contest with the tour where we gave away some fun Twinkie the Kid figurines, and, all in all, it just brought more people onto our channels and further engaged our existing fans.”

The tour culminated with the Hostess Roast at the Laugh Factory in L.A., where Twinkie the Kid, took jabs from comedians like Joel McHale (who served as emcee), Mary Lynn Rajskub, Harland Williams, Finesse Mitchell, Johnny Sanchez, Erica Rhodes, and Jon Rudnitsky. Rudnitsky ended up winning by audience vote and scored a check for $10,000.

“We wanted to lean in on the irreverent side of the brand and do something innovative,” Harvey says. “And we wanted to add an element to end the tour that really no other brand had done.”

CHECK OUT THE HOSTESS ROAST:

Ultimately, the Hostess Sweetennial campaign engaged 210,000 consumers face-to-face during the course of the mobile tour and reached 750 million more through earned media coverage. Some 160 unique stories were published about Hostess. The brand also saw an increase of 35 percent in fan followers and the brand’s channels were up 104 percent in engagement versus the same period last year. Due to consumer demand, Hostess decided to make the Hostess Birthday CupCakes a year-round offering.

“We felt like this program had to touch as many different elements of the brand as possible and bring in enough activities to hit different consumer groups and stay fresh and appealing,” Harvey says. “Achieving earned media was a major goal of this tour and a big benchmark of success for us. To be able to keep the interest of the press for multiple months in a row, you have to keep bringing in some fresh elements and things that haven’t been talked about or seen along the way to gain that coverage.” Agencies: Spark Alliance Marketing, Los Angeles (campaign); All Terrain, Chicago (tour logistics); LAK Public Relations (p.r.).

More Scenes from the Sweetennial Campaign: