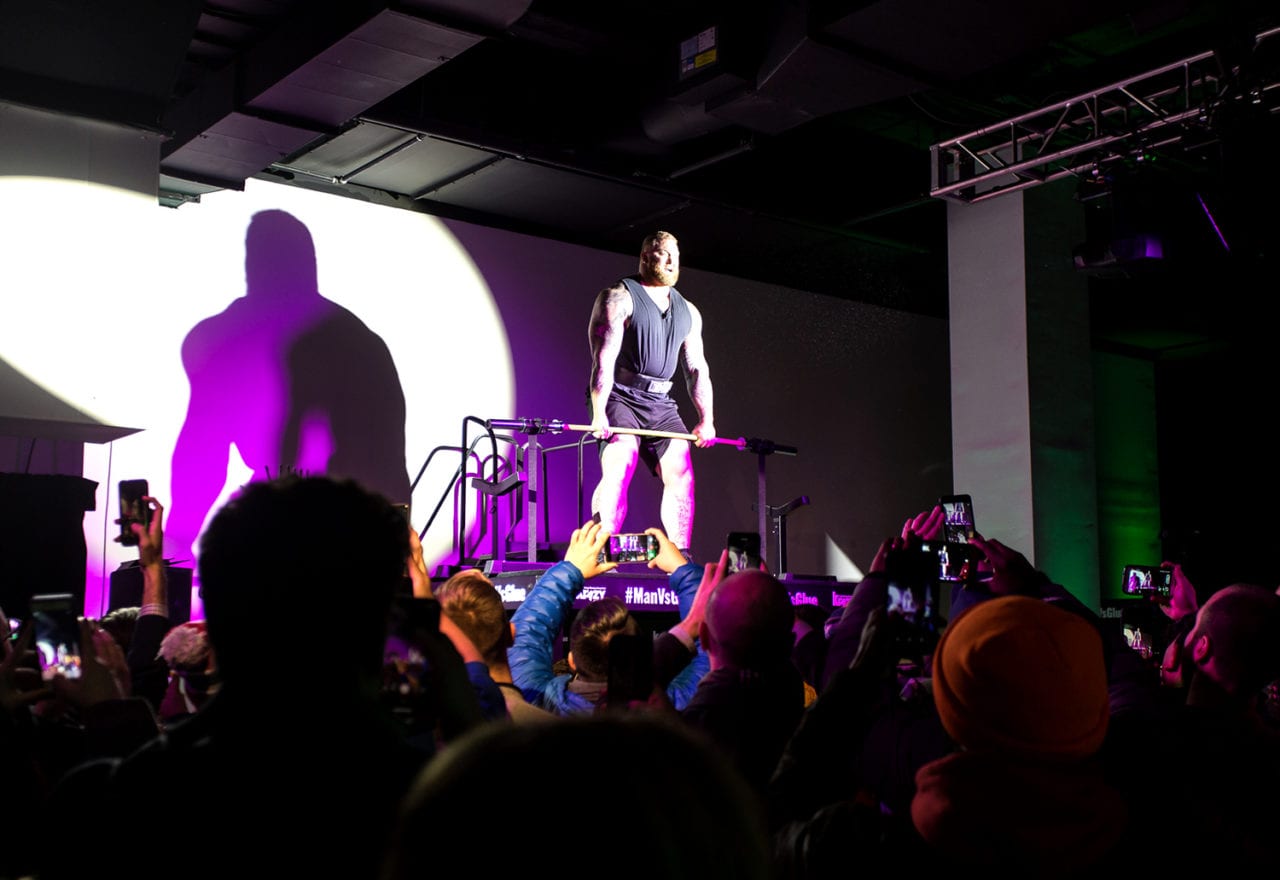 Brands often market themselves with lofty claims, but those that put their money where their mouth is can earn respect from consumers and, in some cases, viral returns. Krazy Glue, with its claim of being able to hold up to 1,000 pounds, this year enlisted The World’s Strongest Man, Hafthor Bjornsson, in a weightlifting competition in New York City on Dec. 5 that put the glue, and Bjornsson, to the ultimate test.

The event followed previous years of Krazy Glue experiential tests that included a pop-up shop in 2017 in Manhattan’s SoHo neighborhood full of heavy items hung with Krazy Glue, from a bike to a Bowflex machine to a pool table. Consumers entering the store could guess the weight of the items for a chance to take them home. The year prior to that, the brand hung items including a foosball table and a classic video arcade game from a 25-foot-tall, wooden Christmas tree.

Bjornsson, also known for his role as “The Mountain” in HBO’s “Game of Thrones,” bears an impressive 6-foot, 9-inch frame and weighs 440 pounds. His record of deadlifting 1,041 pounds at once (no biggie) made him a worthy opponent of the glue during the stunt. The brand’s use of a celebrity created a big buzz ahead of the holidays, to boot. A live stream of the contest on Facebook garnered 1.1 million views, 634 shares and 2,400 engagements.

The event took place in two separate rooms, the first of which featured Krazy Glue-themed activities and games for consumers that challenged their own strength. Part two was the actual competition, set up like a wrestling match between two super-strong opponents with a dapper emcee running the show. Agency: Allied Experiential, New York City.

Check out this photo play-by-play of the event: