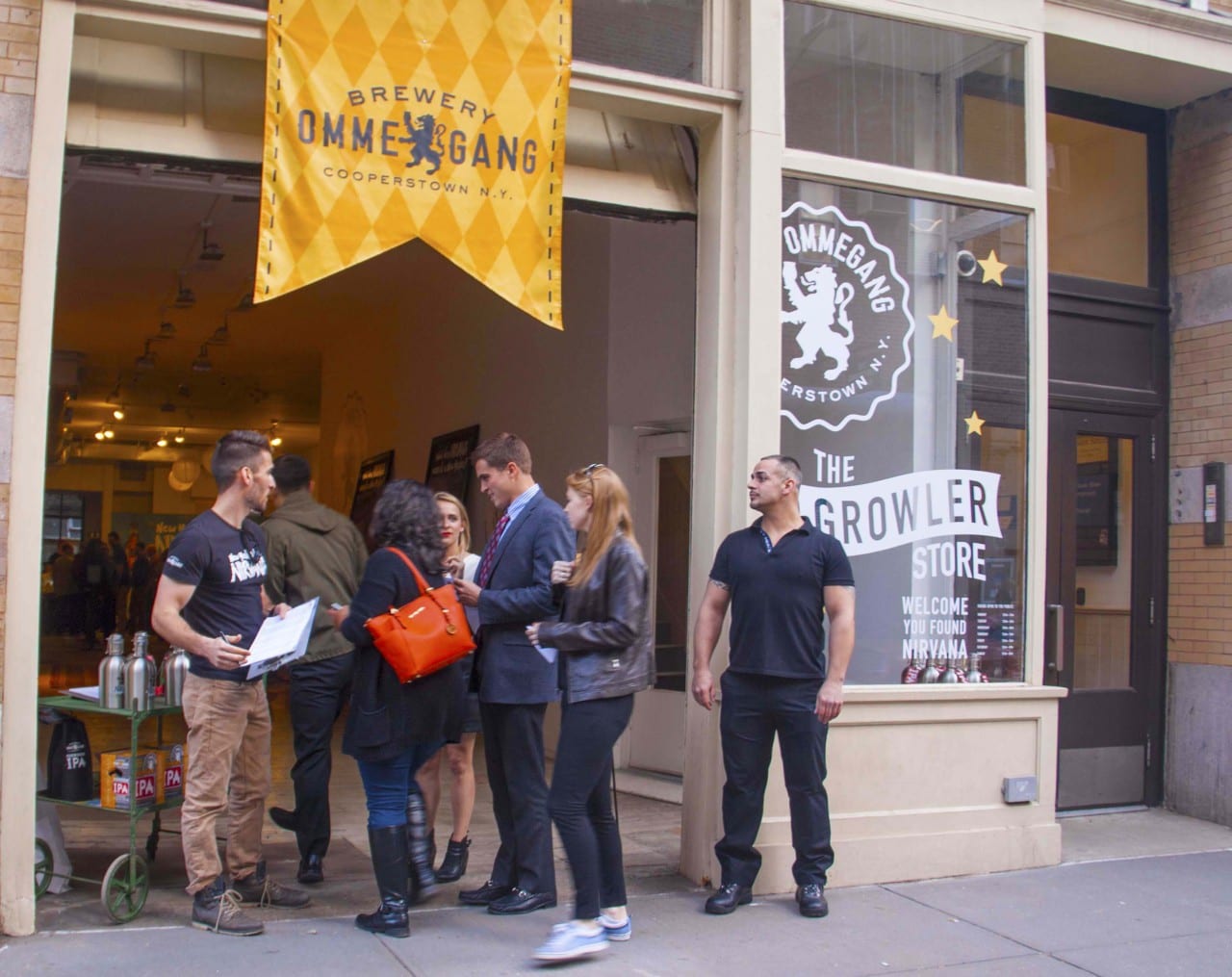 Craft Beer Brand Launches an IPA and a Pop-Up Strategy

The IPA or India Pale Ale is the No. 1 category in craft beer, and expectedly, the competition for attention is stiff. So when Cooperstown, NY-based Brewery Ommegang set out to launch Nirvana IPA, its first American-style IPA, the company took a cue from experiential. Rather than take a conventional route with a special on-premise kick off event at a key account, Ommegang opened a pop-up store in Manhattan’s SoHo neighborhood—and tied in guerrilla marketing and social media strategies, too.

Called The Growler Store, the pop-up opened in mid-April for one week and offered New Yorkers the opportunity to purchase commemorative growlers and have them filled at eight area retailers offering pre-launch fills of the IPA one week prior to its market-wide launch (in New York, Connecticut and New Jersey).

In addition to the “sneak preview,” Ommegang directed Facebook and Twitter fans to IFoundNirvana.com. The first 300 fans to purchase a personally engraved IPA Growler signed by Brewmaster Phil Leinhart received an invite for a private tasting of the beer at the store, before availability to the general public. In addition, to play off the closely named “IPO,” on the day of the launch street teams blanketed Wall Street with handouts and info showcasing the new IPA.

The lofty pop-up space featured high-top tables, oversized décor and a photo activation that tied to Nirvana IPA’s “heavenly” marketing themes. There were two evening events during the week—one for wholesalers and one for press, in addition to VIP gatherings.

Each day consumers could enter to win a “New York Nirvana” prize by posting a photo to social media with the hashtag #IFoundNirvana. Prizes were designed to be relevant to New Yorkers, ranging from free parking to a free storage rental for one year, to food delivery of classic New York fare. Consumers also had the chance to purchase a custom t-shirt from the microsite that linked the IPA to their favorite watering hole featuring a phrase such as “I Found Nirvana at [fill in the blank].”

“This was a chance to do something that we hadn’t really seen done before,” says Bill Wetmore, director-marketing at Duvel Moortgat USA, which handles Ommegang. “We were able to schedule events for retailers on their quiet days at a neutral site; and the wholesalers were excited—they go to new beer launches and introductions quite frequently and have big rosters of beer, and what we were hearing was that we were doing things in a very distinct and exciting way, that we were giving them a lot of tools to be successful and sell the beer.” Agency: GNF Marketing, Armonk, NY.