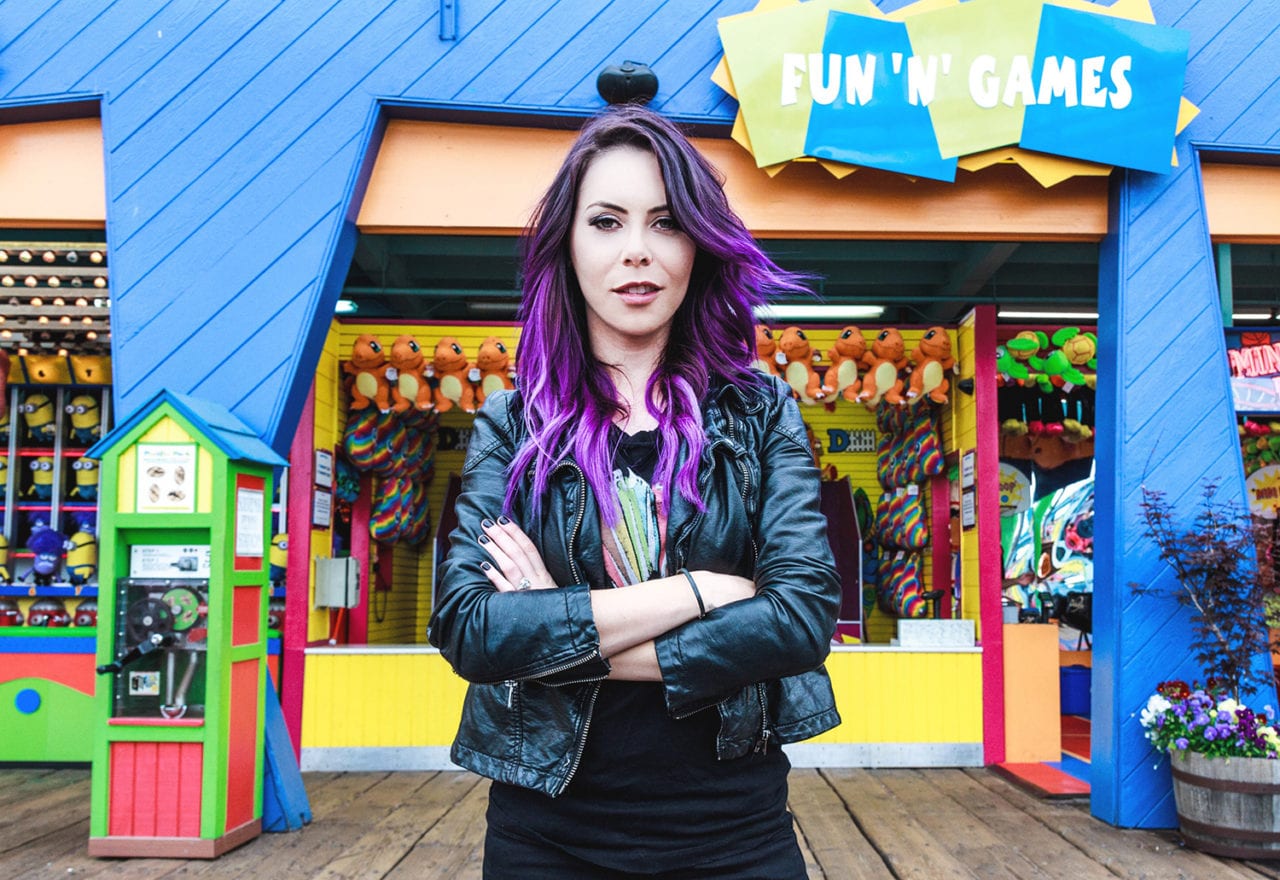 B-to-B Events, Technology
Posted on May 9, 2019 by Kaylee Hultgren

Esports broadcasters have a unique perspective on the space. They’re not only calling the plays, and examining the teams and strategies, they’re observing and speaking directly to esports audiences, live or streaming. So, we sat down with Michele Morrow, broadcast host, actor and producer, and a member of the Board of Advisors for our 2019 Esports Business Summit, for her take on the industry and where it’s going. It’s one of many chats we’ll be having with EBS advisors in the months leading up to the show, Sept. 10-12, at the MGM Grand in Las Vegas.

Event Marketer: The esports space is growing at such a rapid pace. Tell us something that you’ve learned about it in the past year.

Michele Morrow: It’s certainly changing fast. There’s a lot of competition all over the industry, with streamers, and the games themselves on top of the actual tournaments. I’ve learned that the college scene is finally trusting esports to be a legitimate field, with dozens offering scholarships. The programs are aimed at career building in the industry as well. I think esports is finally being taken seriously by the masses.

EM: Where do you see the biggest potential for growth in esports business?

MM: Making tournaments more palatable for the casual gamer and the mainstream. Showing games back-to-back to back-to-back is usually sufficient for the core audience or the hardcore audience, but most great sports moments have always been built with human interest and player stories in mind. Pre- and post-game interviews are great and team spotlight packages are great, but I think if a player’s circumstances aren’t necessary to the tournament itself then the potential growth is missed.

EM: How do you think the industry could embrace diversity on a broader scale?

MM: As gamers, we value merit and experience. It’s quite literally how we’ve progressed inside of the game itself. So, generally speaking, if we liken this to an endgame raid, the best players get invited, the highest performers get the loot. So, the question becomes, how do you get an invite if the team has already formed and no one is inviting you? Most likely the raid leader isn’t recruiting. You can go on forums and you can get a pickup group, but your chances of having a successful raid drops significantly. If we want diversity in esports, we have to make it happen ourselves. We can’t opine over the answer anymore, because when it comes to players, we need to create opportunity so that boys and girls can join teams together and learn to compete together from earlier ages.

There’s also an economic divide that we’re all aware of where most kids growing up will never, ever see a high-end gaming PC. If the business of esports is truly interested in diversity, maybe pro-teams could partner with local middle schools for coaching, or some of the big sponsors can donate gaming PCs, or publishers can put on competitive training camps the same way I went to sports camps as a kid.

Outside of that, I think companies need to start hiring more women, period. It’s kind of become a joke to me every time I see a lineup announcement for broadcast talent. There’s always four guys, one girl. Five guys, one girl. Eleven guys, one girl. Sometimes we’ll get two girls, if we’re lucky. But you’d be hard pressed to find a tournament who’s stacked that team with more women than men. I promise you, you can fill all of the roles with women. I challenge the tournament organizers and producers and publishers to staff their on-air talent with more women than men. Just for once, hire four girls and one guy as a sideline reporter and just see how the esports world reacts. Diversity is ours to change or make or break or to progress. We can’t just keep asking why.

EM: How about esports events. What are some trends you’re seeing?

MM: I’m seeing more women and more families attend esports events, which is really cool. Gamers are growing up and they’re raising gamers, and it’s nice to see. I’ve seen it at Overwatch League, for example. It’s very welcoming toward families and kids and you see whole families come together.

EM: What do you think a game needs to have to become an esport?

MM: That’s a tough question. I think there’s always someone in a boardroom asking, “What if this was an esport?” I don’t think all games have the potential to be high-end esports, but there’s always potential for competitive gaming. The one feature that the esports industry could show more of would be VR competition. There is a clever way to show it with green screen. I know The Unspoken did a really great job with it with their wizard battles. I feel like esports at some point will end up having more of a virtual reality experience to it.

EM: What game are you playing for fun right now?

MM: I’ve been traveling, so I’ve been taking it super easy with my husband just playing Super Mario Bros. U Deluxe and, of course, Overwatch. Those would be my go-to, just-fun games.