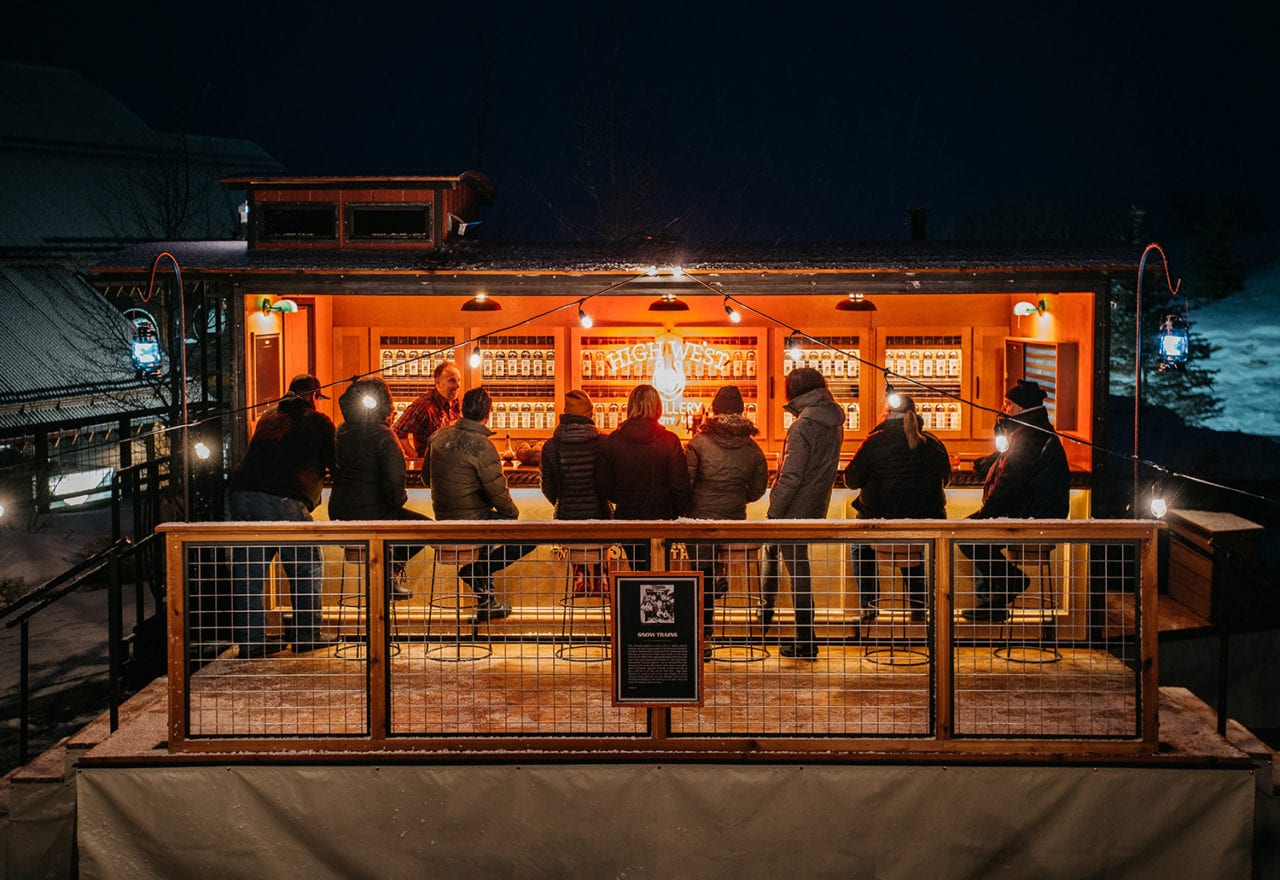 High West whiskey kicked off its first-ever multi-city mobile tour, the High West Whiskey Run, on Feb. 6 at the base of Park City Mountain Resort in Utah during the 2019 FIS World Championships snowboarding and ski event. The tour’s centerpiece: a caboose train car that converts into a bar and bears an aesthetic modeled after High West’s Saloon and Distillery in Park City and Wanship, Utah. The portable saloon will travel next to Austin, followed by Los Angeles, Brooklyn, NY, Chicago, Portland, OR, and Louisville, KY.

The challenge was to create a mobile tour with a build that was unique (read: not an Airstream trailer or a tiny house) and on-brand, while staying true to the product’s history. So, the High West team landed on the idea of a train—a mode of transport with a rich Utah history. For one, 2019 is the 150th year anniversary of the completion of the nation’s first transcontinental railroad, which took place in Utah’s Promontory Point. Also, the train build was inspired by “ski trains” that ran from Salt Lake City to Park City in the 1960s and 1970s, carrying passengers and boozy bar cars to and from the mountains. And here’s the kicker: Federally-regulated trains were exempt from Utah’s restrictive local liquor laws. Cheers to that!

Beyond the 250,000 consumers a year it reaches through its physical retail locations in Utah, High West chose to hit the road to reach additional markets, build awareness and drive trial through a series of sampling events. The brand’s primary consumer is the American whiskey discerner, but it’s broadening its reach into the culinary space with this tour, through participation in events including the Austin Food + Wine Festival, the Los Angeles Times Food Bowl Night Market and Feast Portland.

“Education leads to appreciation,” says Justin Lew, director of marketing at High West. “We’re an extremely high-interaction brand, so our go-to-market has to do with educating the consumer on our products. Rather than seeing a billboard or some advertisement, we try to educate the consumer on why our products are different.”

Given the price point, consumers also might expect a bit of showmanship on behalf of distillers and local bartenders who are on-site at the events. “When you’re looking to buy a $60 bottle of whiskey, you’re going to need that engagement and interaction. We’re doing it through experiential,” Lew says. 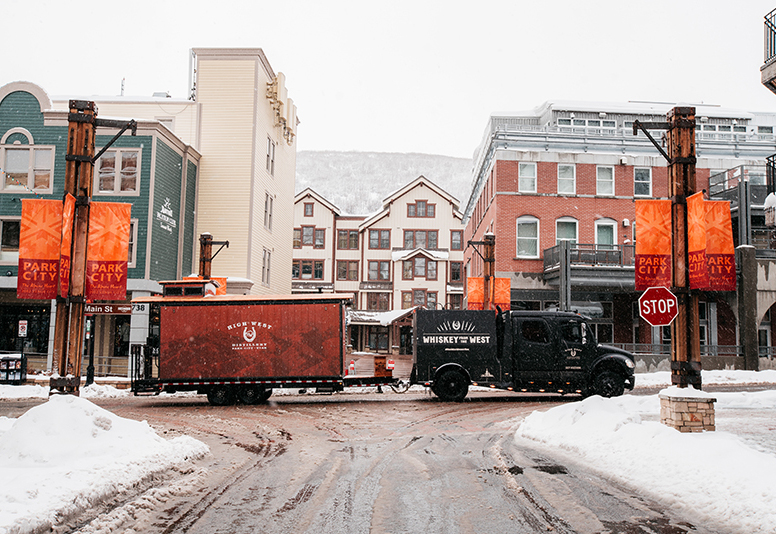 The tour centers on a caboose train car that converts into a bar and bears an aesthetic modeled after High West’s Distillery.

On the tour’s first stop, the base of Park City Mountain Resort (in full view of a halfpipe competition), the saloon served as part of the FIS World Championship’s VIP lounge and experience on the mountain. As the sponsor of the U.S. Ski & Snowboard team, High West welcomed athletes, teams, coaches, families, press and resort attendees to the pop-up saloon. In front of the caboose, whiskey barrels served as tables to set drinks upon. A short set of stairs led to the bar area, where attendees ordered drinks, experienced a tasting, pulled up a bar stool and socialized while enjoying an excellent view of the halfpipe action. Brand ambassadors and bartenders—the same people who work at the High West establishments—educated consumers on the brand’s history and its four core whiskeys.

There was a kiosk set up as well, where attendees could sign up for a mailing list to receive information on special events, launch parties and High West swag, and a photo activation on the side of the train delivered photo strips and digital photos branded with High West and the event hashtag. At certain tour stops, the educational portion will expand to panel discussions, private tastings on the hour and food pairings with local chefs in the market.

And about that caboose build: Several features from the High West Saloon and Distillery have been replicated for it, including a real copper topped bar, caged liquor bottles built into the bar’s back wall, green banker lights, a neon sign and a horseshoe door knocker. Drawing inspiration from the distillery’s charred oak barrels in its entryway, High West added charring to the beams supporting the roof of the train car. A caboose ladder, a pop-up roof and a stove pipe complete the train design concept.

Meanwhile, artwork and branding is in keeping with the Western vibe, such as “Whiskey from the West” messaging and a classic poster of a cowboy riding a bucking bronco and hollering “Yipee Ki-Yay!” (also the name of a High West rye whiskey product). To top it off, a digital version of a vintage, split-flap sign from old train stations is positioned at the bar and features custom messages tailored to each event. Agencies: Manifold, Portland, OR (production); Cruising Kitchens, San Antonio, Texas (fabrication); Vestaboard, Menlo Park, CA (split-flap signage).

Get a Taste of the High West Whiskey Run: